266. Patrick McGinnis: FOMO Isn’t Always Bad (Until It Is)

“Fear of Missing Out” or “FOMO” is wired into our brains for a reason. When our ancestors flocked to greener pastures, it was advantageous to follow. FOMO can inform modern, strategic decisions as well, but Patrick McGinnis says we should be vigilant against its more dangerous sibling, FOBO: “Fear of Better Options.”

This is a kind of decision paralysis that's catastrophic for personal well-being and companies. Patrick has studied it closely. After all, he invented the term “FOMO” back in 2004, written multiple books on the topic, and hosts the podcast FOMO Sapiens.

He and Whitney discuss how the breakneck speed of 21st century FOMO can trick us into “fear-based decision making,” and why outsourcing low-stakes choices to Siri or a coin flip can be incredibly liberating. 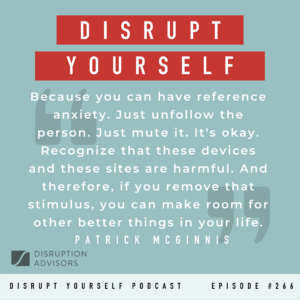 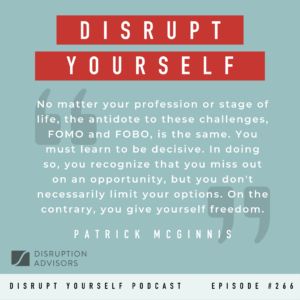