The 40 Women to Watch Over 40 list is out; below is the press release; thank you for all of your inspiring stories and contributions!

Want to know what disruption looks like? Meet the 40 Women to Watch Over 40 for 2013. The 40 Women To Watch Over 40 list celebrates women who are upending the perception that 40 is past your prime. They are reinventing, leaning in, and creating momentum that will be felt by those beyond their community and field.

The winners, selected from over 1,000 nominees around the world, span a variety of industries from arts and sciences to politics and entertainment and include social entrepreneurs and corporate change-makers.

Individually they are impressive, optimistic and fearless, willing to take risks with the knowledge and experience they have accrued. Collectively they are the next generation of women redefining what is possible at any age. Their impact ranges from Nina Ignatius who at 40 is creating a new market to meet the needs of premature babies to Carol Fox who at nearly 70 is breaking down global boundaries through philanthropy. These women make it clear that global citizenship and entrepreneurial innovation is not limited to the young.

The overwhelming response to the inaugural list highlights the need for recognition, as well as a cultural shift towards lifetime learning and innovation that inspired co-creators creators Christina Vuleta and Whitney Johnson to start this initiative. 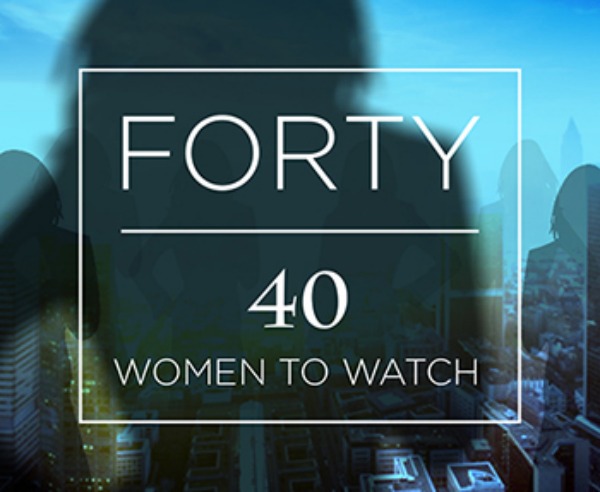 There is no shortage of strong leadership and mentorship among the winners. One of the criteria for selection is that each woman is a positive role model, bringing other women along and up, and innovating around work/life issues.

“I believe it is critically important to give younger women new role models,” says Christina Vuleta, founder of 40:20 Vision, a cross-generational mentoring resource. “Research shows that women today don’t look ahead to older women for inspiration. But I see from my work that it is more a lack of visibility. Older women are out there quietly changing the world, but they are not the usual suspects for media selection and corporations do too little to celebrate them.”

The 40 Women To Watch Over 40 list is meant to change all that by raising awareness around the women who are paving new pathways to success. It boasts forty game-changing women who are integrating personal value while also creating value for the economy.

The list includes women who may be well-known, but have found new purpose. For example, Anne-Marie Slaughter, who having started the conversation on “having it all” that spawned the most read article in The Atlantic’s history, is now starting over at the New America Foundation, a public policy institute. It also features women “starting up” for the first time, such as Chandra Krintz, who founded AppScale, an open source implementation of Google App Engine cloud platform, at 42.

“We can bring something to the table at twenty-four, forty, and sixty-four,” explains Whitney Johnson, author of Dare Dream Do, Remarkable Things Happen When You Dare to Dream. “Indeed if you are seeking innovation, which at its essence is the ability to go from stuck to unstuck, it is more likely to happen after forty, not before. I firmly believe the members of this group are key stakeholders to continue to move the needle forward.”

The winners have been selected by a diverse panel of judges that reflects the diversity the list celebrates, including:

The full list of winners can be found at PushPage, an up-and-coming startup out of Harvard that allows influencers to have real intimate interactions with each other and their fans through curated Q&A and on 40 Women To Watch Over 40.

These women prove innovation gets better with age. Check out the 2013 @Fortyover40 Women to Watch on http://bit.ly/144WaXW #40over40