Elizabeth Keeler has just graduated with her MBA and taken a job with white hot cloud startup Joyent in a marketing role.  She grew up on a farm in Alberta, Canada.  She holds a B.Mus in Piano Performance from the University of Calgary, and a M.A. in English Lit from UBC.  She has lived in Taiwan and Germany, and now looks forward to exploring San Francisco. Please feel free to reach out to her on Facebook, Twitter: @ElizabethKeeler, or email: Elizabeth.keeler@gmail.com.

I am the daughter of a farmer.  Farmers are, above all things, dreamers.  They have visions of bumper crops, of barley higher than the eye can see and wheat heads ripe, heavy and pure gold.  These visions are persistent and remain achingly on the horizon year after year.  Occasionally, they even materialize.  I remember the years when there was enough-rain-but-not-too-much-rain, plenty of sun, no snow (this was Canada), and no hailstorms.  My uncles would take pictures of barley stalks growing literally up to their eyeballs.   Those years were definitely in the minority.  I used to wonder how the farmers in my life kept replanting after the bad years with sometimes nothing but a farmer’s vision to sustain them.

This year I experienced a major crop failure of my own.  It began with a dream, a night vision of a bumper crop.  It looked like this: me, Wall Street, power suit, walnut board table, power pose, success, powerhouse.  Did I mention power?  Power was definitely a motivating factor.  My motivations sound amusing, like caricatures in retrospect.  But there was no question the vision took hold of me fiercely.  I could feel it burning in my belly.  This would be the harvest of a life-time.

With my dream in hand I donned my suit, packed my carry-on, and began hopping planes to New York.  I made pathways in the Streets of Wall in the rain (it always rained – good for farmers but bad for wanna-be bankers.)  I spent nights in dirty hostels, airport chairs, and ratty couches, and ate copious amounts of $1 pizza.  I showed up for endless meetings sharp and bright-eyed, pretending I hadn’t spent the night poring over the Wall Street Journal on my red-eye flight.  Markets became my identity, financial acronyms my new lingo.  I made 7 trips out to New York, confident as Demeter that my seeds would sprout. 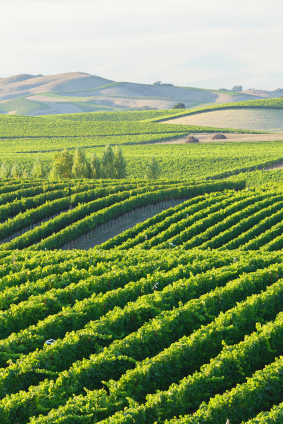 Then the unthinkable occurred.  Harvest season arrived.  I had my scythe in hand, poised, ready to swing.  Black clouds appeared on the horizon.  I sniffed in dismay: the dreaded smell of cold hail after a hot summer’s day.  Conversations began popping up like grasshoppers:

“We won’t be recruiting for full-time this year.  Sorry…”

“You’re too old.   You should have more experience by now.”

I swung my scythe in desperation, unable to accept the warning signals.  I had done everything right.  How was it that I had nothing to show for myself but a ruined suit and empty wallet?  I felt stunned by my failure.  On my last trip to New York I found myself sitting in a coffee shop just off Times Square.  It was pouring rain – the freezing, bitter kind.  I sat dumbly watching another wannabe count out his soggy business cards on a table.  After an hour, he finally gathered his artillery and left.  I stood, too, rallying my spirits.  I would overtake the competition!  The strangest thing happened: I could not move.  I forced a left, right march but I was walking through setting concrete.  My body was defying my will and that’s when the gong sounded.  Failure, abort mission!  You cannot chase a dream you no longer want!

No longer want, whaaa???  That was a double whammy, failing and being a flake.  I felt miserable.  It was over.

So I did what every person who has failed and found themselves awake the next morning does.  I cried tears of futility and exhaustion.  I slept without feeling guilty.  I did yoga and painted a picture of a tree.    I threw my WSJ’s in the trash and stopped thinking about my future.

After a couple of months of comatose-ism, I knew it was time to pull out the dead crop and return the land to its native soil.  I decided to hold a funeral for my dream.  In layman’s terms, I took some Roundup to my piles of artifacts.  The stacks of business cards, notes on leveraged buyouts, bank propaganda – it all went up in flames.  I had done what was hard and had taken courage, and I’d done it well.  In spite of my eventual failure, everything was as it should be.  I tilled it all under and left it naked to the sky.  Now I could walk into the sunset.

The problem with farmers is that they can’t leave the land alone.  Nobody can explain this curious addiction, handed down like a drug over generations.  I resisted.  I had tried farming, thank you, but it wasn’t for me.  Grandma was right.  You have to be crazy to farm.  Nope, not replanting.  I would sit happily by my compost and begin farmer rehab.  Tell me, though, how I was supposed to resist the scent of rain and dirt on the wind?  It tingled my nose and peskily blew hair and errant seeds in my face.  I looked and saw the barrenness of the land.  That was my life without a dream.  Empty.

True to my roots, I planted again, right into the ache of a barren field.  Maybe the new crop would fail like last year’s, but I had to try.  I had one tiny seed left in my palm.  Probably another tumbleweed, but who knew?  Maybe a nice Idaho potato.  It came in the form of a telephone number.

Whitney, without blinking an eye: “You need to work for a startup.”

Well, I did the blinking, and didn’t sleep for a week.  I knew it, I somehow knew she would say that.  It felt violent, like my insides were being churned by the sharp blades of a new plow.  Ouch!

The seed sprouted in every direction.  I scarcely knew what I had planted, and at times thought it might be merely a fast-growing weed.  Three weeks later I found myself pacing the subway station in San Francisco out of sheer astonishment.  The seed, to my amazement, had revealed itself.  It was a magic beanstalk (laugh if you must.  It was true.)  A farming guru had opened a window for me at a tech startup in the Bay Area, a fast-growing firm that would be like riding a skateboard down Lombard St.  It was a new dream, and was so sudden, unfamiliar, and alive that I was absolutely astonished.  It made my months of Wall Street akin to watering sick plants in a hospital.  The new plant towered over me, stretching up to the clouds (internet clouds in this case), waiting for me to climb on.  I could hear my father saying, “Yep, that’s a beautiful crop.” 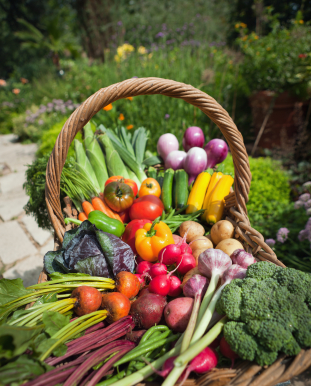 Being raised by farmers taught me to dream in the face of failure.  But it also taught me why I dream, and the answer is that sometimes it’s just in your blood.  So a word of planting advice to my fellow farmers: if the smell of spring is getting to you, if your fingernails are itching for black dirt, and if you find yourself having night visions of dancing wheat fields, then know that you are a farmer and no amount of logic can change it.  Accept the inevitable and start seeding like the mad woman that you are.  If your seed doesn't take to the earth you put it in, dig it up like a weed, throw it out, and start again.  If your crops wilt before the kernels fill out with fat goodness, tear them out, and get back to the dirt.  If you need fertilizer, find it, and if you can buy crop insurance, do it.  But whatever you do, keep dreaming dreams of that bumper crop, and harvest in the face of hail clouds, because you just never know what marvelous seed will sprout in that good earth of yours.

What have you done when your dream crops have failed?

How do you celebrate when you have a bumper crop?

What metaphors do you use to describe the process of dreaming?