A Hero the Day You Were Born

All children mythologize their birth.  It is a universal trait.  You want to know someone?  Heart, mind and soul?  Ask

[them] to tell you about when when he was born.
— Diane Setterfield

When we begin to tell stories in which we see ourselves as the hero, we begin to believe who we are and what we do matters. I've written about Being the Hero of Your Career on CNN, and about Wearing Your Dreams Well on Shabby Apple's blog, describing What Not to Wear/Style for Hire  as a hero's journey.  But one of the best places to mine for stories in which we are central characters is in stories about birth. Under what circumstances did we come into the world?  What hope was born into the world the day that you and I were born? On the day of our birth, we were the hero.  Perhaps that's why birthdays are so important.  They remind us that we are heroes of our own stories.

Debra Bingham, DrPH, RN, is a perinatal consultant with more than thirty years of experience. Bingham works with hospital leaders to improve care for mothers and babies and is the president of Lamaze International. Her thoughts on how to improve maternal mortality rates in the United States (which are actually declining — read more here) have far-reaching implications, which include helping us move to the center of their own stories.  Bingham argues that our beliefs affect behavior: “How women and men discuss the process of pregnancy and birth can have a negative or positive effect on the women that are involved in the discussion. Our words are powerful and either reinforce or undermine the power of women and their bodies.”

Bingham suggests we ask ourselves the following questions the next time we talk about childbirth. 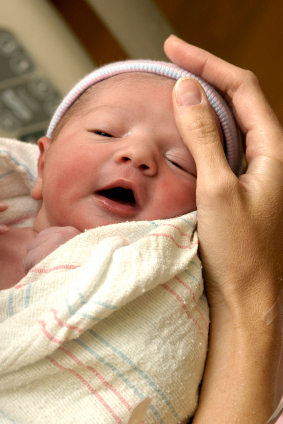 Debra Bingham’s words are revelatory:  I see that I shifted much of the locus of control away from me when I had my two children. Her observations are a stark reminder of how deep-seated our inclination is to deflect, to redirect resources away from ourselves. Even when engaged in something that is uniquely a woman’s job, we somehow give away our place at the center.

So why not retell the stories of our birth, and of the birth or adoption of our children, in a way that moves us to the center of our story? Why not tell stories in which we claim our power as givers of life, recognizing that our bodies are ingeniously built-to-spec for this precise purpose? Can we, in turn, tell similar stories about giving birth to our dreams? I believe we can.

Here is one of my stories:

Sixteen years ago yesterday I gave birth to my oldest child.  I was terrified to be a mother, afraid I couldn't mother well; we waited for nearly ten years after we were married to have children.  To numb my fear, I wanted anesthetic during childbirth (as much as possible) but I went into labor (while I was reading one of my favorite authors Orson Scott Card) so quickly that when we arrived at Columbia-Presbyterian Hospital, no anesthesiologists were available.  So my “built-to-spec for giving birth body” gave birth to David — who is now a young man that I love truly, madly and deeply; it is a privilege to be his mother.  May I be the hero of my own life — which began in Madrid, Spain fifty years ago today — so that he will know how to be the hero of his.

What is the story of your birth?