A Hidden Cost of Reciprocity

I wrote a book because I had something to say and I wanted to find my voice.

Perhaps that is your dream too.

But in order for this dream to really come true, we need to know our ideas have spread, or as I like to say, they've moved up the S-curve.  And that requires a k-factor, hopefully much greater than one.  So we reach out to friends and family, opinion influencers and possibly even book marketers, hoping that they will be part of our k-factor.  When there is interest, we keep them motivated by returning the favor in some way that is meaningful to them. We get, then give.  Give to get, according to the time-tested rule of reciprocity.

In fact, what sparked the idea for this blog post was the article Give and Take:  How the Rule of Reciprocation Binds Us that Whitney Gray Wilkerson shared with me some months back.  Here's the gist:  In 1974, Philip Kunz received a record number of Christmas cards letting him know his family was loved and cared for.  It was wonderful, except that he didn't know any of the people.  Earlier that year, Kunz, a BYU sociologist, conducted an experiment in which he sent 600 cards to people he didn't know to see what would happen.  In total he received 200 cards back.  Why?  Because according to Robert Cialdini, an emeritus psychologist at ASU, “We are obligated to give back to others, the form of behavior that they have first given to us,” he says. “Essentially thou shall not take without giving in return.” 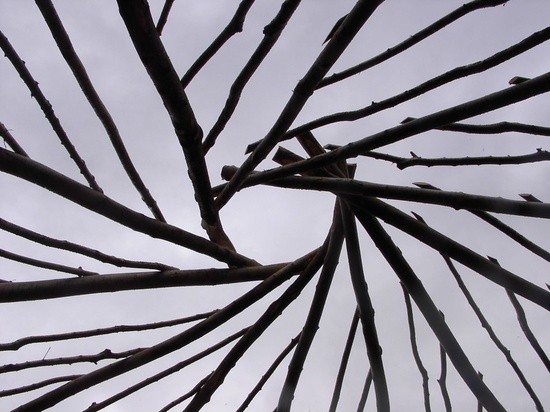 At this point, you may be wondering, why did you just write For a Career that Lasts, Build Relationships?  If when we get, we are are socially obliged to give, then what gives?

Setting aside the possibility that we are becoming a less civil society (the study was conducted nearly 40 years ago), is it possible that I am having experiences that led me to write this HBR article because I am a woman? Research does indicate that when men help others, they are rewarded because it is considered an imposition, while women are not because of our presumed desire to be communal.  In fact, when we are not helpful, we are punished.

Consider an embarrassing example from the annals of Whitney.  Some years ago, there were two thoughts leaders whose ideas really resonated.  One man, one woman. I read and commented on their blogs, followed them on Twitter, trying to engage with them.  Neither did.   With the man, I thought — well of course he wouldn't reciprocate.  I don't actually expect him too.  I still like his idea.  With the woman, I found myself thinking — Why hasn't she responded?  She should respond.  If she doesn't, I am just going to stop following her.

Apart from the very low correlation between my behavior and my rhetoric, there's an important lesson:  for women the cost of doing business is higher than for men.  Women are not only not remunerated for being helpful, the cost of an idea going viral is higher.  Meaning, if there is a sustained 1-to-1 relationship (when you ask a person to share your idea, you must return the favor) fewer ideas will accelerate into the sweet spot of the S-curve.

But now we know — and there's comfort in that.

Because, if my hypothesis turns out to be correct, a woman will have to think deeper, work harder, effectively working with a higher cost structure.  It also means — that if and when her ideas begin to spread, her business model will be sustainable, sturdy and strong.

P.S. I really like the work of Jeff Riddle at The GiveGive.  Not surprisingly, Whitney Wilkerson introduced me to him.