I’ve recently been emphasizing the importance of mentors—and the reciprocal imperative to recognize and appreciate these people and the tremendous asset they are to us.

Adda Birnir is my guest for Episode 19 of the Disrupt Yourself Podcast. The innovator and CEO of Skillcrush, an online learning enterprise focused on providing education in website building, Adda was another recent reminder of the tremendous value mentors offer to us as we disrupt ourselves and explore new avenues of career development. But there is also insight into the value that mentors find in the relationship as well. 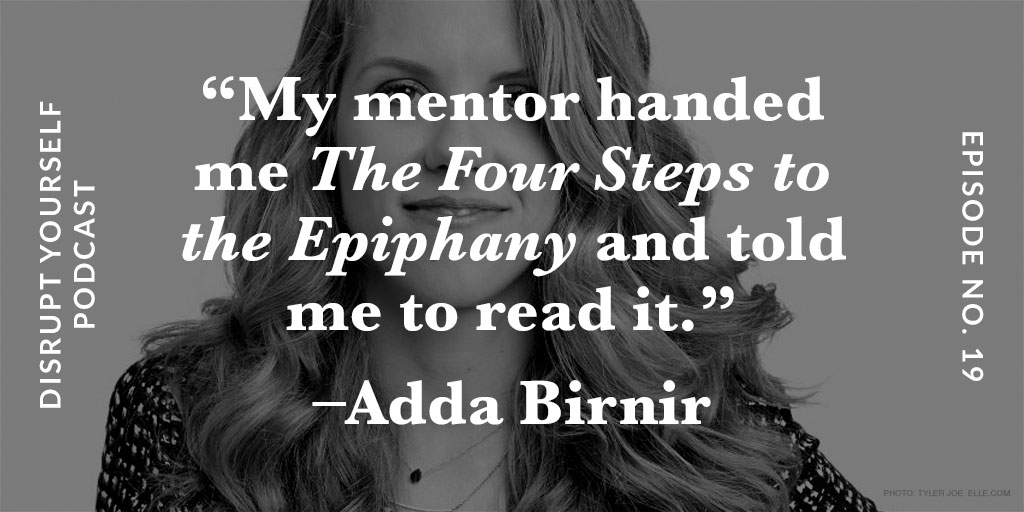 Adda pays tribute to a gentleman who has mentored her, a mystery man she won’t name because he likes to keep a low profile, even as he helps entrepreneurs elevate the profile of their infant businesses. A former computer science professor who has successfully started up a couple of businesses himself, Adda says of him, “mentoring someone is an opportunity for him to scratch that itch of missing students.”

“I think I’m a very good mentee….but I joke that he gives me advice as long as I listen to it. And I do listen to it, very actively, because it’s been fantastic advice. But I think so much of what I’ve appreciated from him and other entrepreneurs was [that] it’s normal for it to be really hard and you should keep going.”

Encouragement. One resource we can never have too much of.

Of course, since Adda acknowledges that she’s a very good mentee, I had to ask her to offer her best advice on the subject to the rest of us.

“I think it’s as simple as nobody wants to keep giving you advice if you don’t listen to them. And I’ve had that experience as a mentor. I’ve literally had people who I adore and mentored and I gave up on them in terms of mentoring them because, ‘I can’t keep having the same conversation with you and you don’t listen….’”

So the big secret is out: when you get one piece of advice, do it, go back and report. Ask for more advice.

One thing Adda is working on, on the advice of her mentor, is seeing the business “as a vehicle for herself,” not just for her clientele.

“I don’t have children,” she says, “but I imagine that in some ways having a business is similar to having children in that it’s this thing that’s totally dependent on you and it will just take and take and take and take. I just have a hard time seeing it as something that’s supposed to give back to me also. But if you don’t think about it that way and try to extract those things out of it, then it’s really like, ‘Why?’” 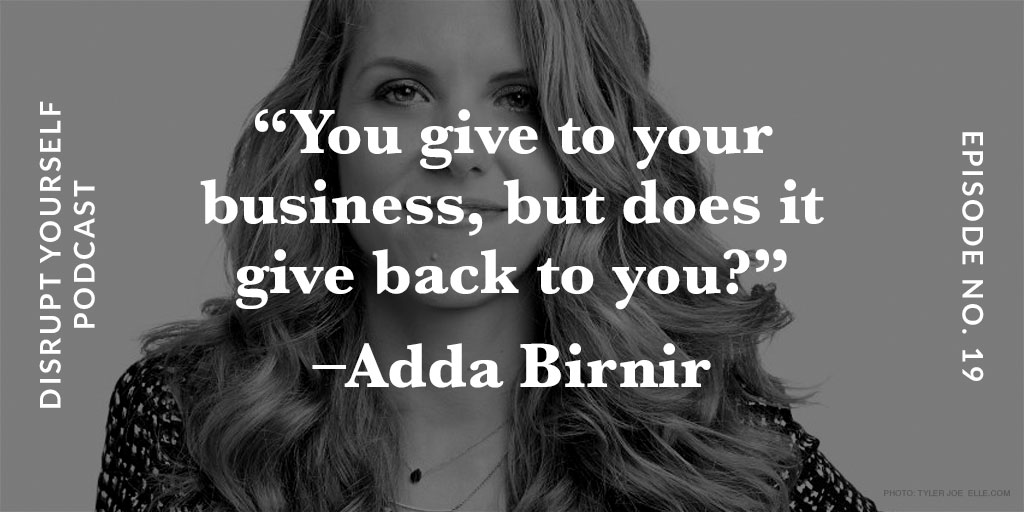 More on this provocative challenge, and the other initiatives Adda is taking to improve her business for both her customers and herself, can be heard as you listen to the episode on iTunes or in the player below.

Four Steps to the Epiphany by Steve Blank

The Lean Startup by Eric Ries