Anne Deeter Gallaher is one of my Twitter friends who just published the book Women in High Gear: A Guide for Entrepreneurs, On-Rampers, and Aspiring Executives. Here she shares her story of moving into high gear — it is delightful!

One of the proudest moments for any mother is to watch her children supporting each other and looking out for each other. As the mother of three sons, all of whom spent elementary through high school years on the wrestling mat, I have witnessed a few of these moments and one in particular has challenged me to reach high gear.

I can still hear Joshua, our oldest son, shout in his Type-A tone to his brothers as each one would get ready to wrestle: “You shoot! You go, Aaron!” It would echo in the gymnasium. Before the boys shook hands and before the referee blew the whistle to start the physical engagement, Joshua was sending a clear signal to his younger brothers—it’s up to you. Do it first. Don’t react, don’t retreat, don’t step back. Dive in. Shoot for the takedown. He led by example. Scrappy, determined, disciplined. He wasn’t the strongest or a privately trained athlete, but he was mentally tough and strategic.

In high school wrestling, there are 3 periods of 2 minutes each. For me, it was the longest 6 minutes of any event in my life, except for contractions during childbirth. Joshua knew that the wrestler who secures the first takedown for 2 points has a statistical and mental advantage. Studies show that 80% of wrestling matches are won by the individual who scores the first takedown—wow. It’s not the kid with the coolest wrestling shoes, or the biggest biceps, or the cocky swagger, it’s the kid with guts. It’s a mental victory, and it sets the tone for the match. What did that have to do with me sitting in the bleachers? 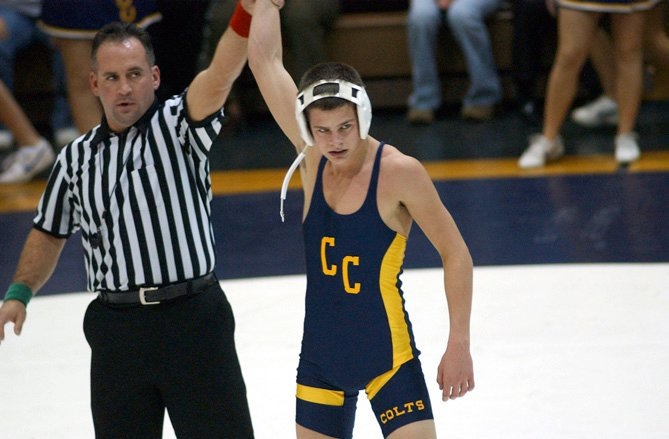 Joshua’s vocal insistence and relentless message to his brothers left me with a call to action. I had spent 15 years as an off-ramper—I first heard that term when I read a Harvard Business Review article in March 2005 by Silvia Ann Hewlett and Carolyn Buck Luce.  They were highlighting the business and corporate impact of educated, professional women off-ramping to raise children or care for elderly parents. And they were uncovering a significant cadre of women who were doing this.

“Many women take an off-ramp at some point on their career highway. Nearly four in ten highly qualified women (37%) report that they have left work voluntarily at some point in their careers. Among women who have children, that statistic rises to 43%” the articles states.

My off-ramp took me out of an economic provider role but into Cub Scout den mother leadership for seven years, school committees and fundraisers, room mother events on every topic from astronauts to Thanksgiving to chocolate, bulletin board decorations for church and school, vacation Bible school directorships, and CEO of our home. My husband worked as a high school chemistry teacher by day and ran a successful ceramic tile business at night.

I didn’t know it at the time, but I was learning valuable business skills in my off-ramp. If you can get three boys to bed on time, you have serious negotiating skills. If you can make sure everyone gets to wrestling, baseball, Scouts, and guitar lessons—and have permission slips signed when they’re due, you have serious project management skills. The only difference was that my talents were proffered for free.

When Benjamin, our youngest, was in elementary school, I decided that it was time to on-ramp. I had worked as an editor in a publishing house prior to maternity leave and had remained a freelancer for my employer.  I didn’t want to return there full-time, and I did not want to ask permission to attend wrestling matches or be home if the boys were sick. So, I realized that I would have to start my own business. How do I do that? I have two bachelor degrees but neither is in business, and I didn’t have any business courses in college. How would I shift into high gear? I remembered a quote from Jonathan Winters and it has become my motto: “If your ship doesn’t come in, swim to it!” It was time to disrupt myself. 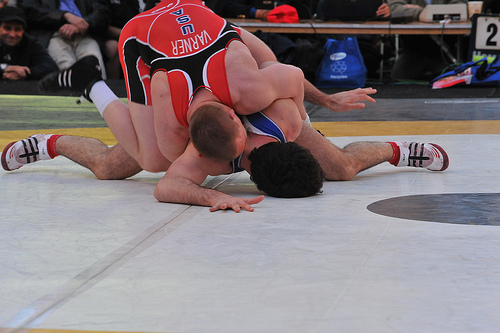 Much like Joshua’s clarion call to his brothers, I realized that I would have to go for the takedown.  I was 40 years old, had been working at home for 15 years, and had no experience in running a business—not an attractive business plan to take to the bank! But it didn’t stop me. I set up an office in our bedroom, printed business cards, and joined the chamber of commerce. I was so excited to be a member of the formal business community, that one of my older brothers said, “Anne, have you just heard of a chamber of commerce?”

I leveraged my soft skills to start to meet people and eventually asked five successful business leaders to be on my board of advisors. They all agreed, and each one has acted as a Sponsor for me, before I knew what that term was. They have become my clients and have willingly advanced my career at every opportunity. I asked them questions relentlessly about navigating this new world of associations, contracts, RFPs, and the most difficult process of all for me—pricing my services.

That was in 2000, and since my decision to go for the entrepreneurship takedown, I have moved to Class A office space, hired amazing employees, worked with national and international clients, am opening a second office in Nashville, and made some social media superconnections—the best was meeting Amy Howell, a force of nature in Memphis, Tennessee.

After meeting on Twitter in 2009, Amy and I realized that we shared many similarities and goals. Our deep desire to shorten the learning curves of other women is the reason Amy and I co-wrote Women in High Gear: A Guide for Entrepreneurs, On-Rampers, and Aspiring Executives.  It’s our playbook to help others navigate the world of women at work. We answer questions such as, Is high gear attainable for today’s women and the next generation of women? Can you off-ramp and still on-ramp to high gear? Can you survive setbacks and roadblocks? Will your kids be fine if you stay on the fast track? Can you acquire emotional resilience? Will executive men serve as Sponsors? Are there other paths to high gear in addition to BA, MBA, and Wall Street?

The good news is a resounding YES. And we believe there is no better time to seize opportunities and connect the dots for growth and success. Go for the takedown, high gear awaits!

How have your children taught you to dream?

Anne and her team create award-winning results for clients in mechanical contracting, engineering, IT, banking, commercial real estate development, legal, music entertainment, and the automotive industries. She is the co-author with Amy D. Howell of Women in High Gear: A Guide for Entrepreneurs, On-Rampers, and Aspiring Executives, available on Amazon. Published in The Wall Street Journal, The Huffington Post, Ragan Communications, and a contributor to several blogs, Anne holds bachelor degrees in English and Communications/Journalism. Honored as one of Pennsylvania’s Best 50 Women in Business, she is a frequent speaker and writer on entrepreneurship, women in business, social media, and PR/marketing. Connect with her at @AnneDGallaher and learn more about Women in High Gear.