At the end of my monthly newsletter, I typically ask readers to hit return and talk back:  Catherine Stagg-Macey, a veteran of the technology and insurance industry turned coach, was kind enough to do so. In her e-mail she observed — “The words “to want” seem to be loaded in our society – to want is seen as selfish and not in line with the community. But the great irony is that the world needs people who want.” I was intrigued; she kindly agreed to guest blog.

“What do you want Catherine?”

Someone I deeply admired had just asked me this question, and I had no answer.

The only thing I wanted in that moment was to know the rules so that I could get it right.  I wanted was to be a good girl and look good in the eyes of another. I wanted was to play it safe so I fit in. None of this really touched what my heart and soul wanted because I had stopped listening. I’d forgotten how to dream.

That realization came as a huge shock. I felt hollow. Like a robot programmed for someone else’s life. How could I not know what I wanted? When had I lost the ability to listen to my inner voice?

The wanting I’m referring to isn’t the urge to satisfy basic human needs of living involving safety and food. This is the wanting that comes from our dreams and hopes. The wanting that is the deep yearning for meaning and purpose that all of us desire. This wanting grounds us to what’s really important for us. It guides us as a North Star guides the navigator in the darkness of night.

This wanting is the place where with deep certainty we know what is right for us, and what is needed for those around us. It’s the wanting that makes us speak up for ourselves and for others – whatever the consequences. This wanting is about something bigger than us – it’s about what our team, family or community really needs. And our role in helping make that happen.

Somewhere in my early years, I traded knowing what I wanted for the sake of fitting in. I did this for the sake of an easier life and with the hope that I’d be accepted and loved.

As a young child, I did try to be me. 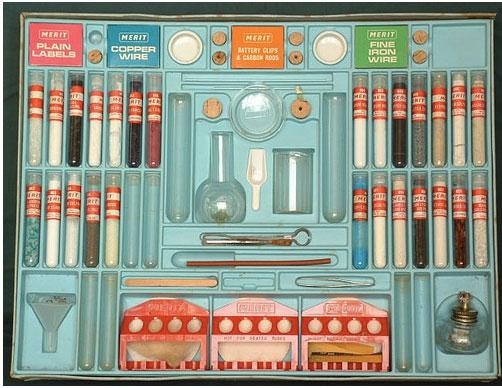 I remember asking for a chemistry set for a birthday present – when others wanted dolls. I asked for Scaletrix (an English toy racing car track) for Christmas when other girls wanted pretty dresses. I guess that somewhere in my teenage years, it became too hard. I’d learnt that fitting in was easier than standing out.  And in one of life’s great ironies, with all that personal cost, I still never felt I fit in.

My choice of degree was based on what my father thought was a good idea – which was very different to what I wanted. I longed to study psychology. I’d been inspired by reading Jonathan Kellerman novels where the protagonist – a psychologist – got to save people from their demons. I wanted the chance to the do the same. I wanted to save the world. But my father wasn’t having any of it. In his view, the field of psychology was too fluffy and he wanted his daughter to have a ‘proper’ degree. So I completed a degree in Computer Science.

My first boyfriend was a safe option who didn’t rock the boat (ok, so were the next few too!), who my parents were fond of. When I was harassed at work by an older man who should have known better, HR told me it was my word against his so I dropped the case. All for the sake of fitting in.

Now well into my fourth decade, I see the pattern and I’ve had enough. Earlier this year, I checked out of a great corporate career in technology with all its associated trimmings and started my own business as an executive coach. It’s taken me that long to admit that the degree I really wanted as a teenager is the path that I want to follow.

At last, I choose to follow what I want for the sake of honoring my dream. The world in which we live favours those that fit in. But if fitting in means trading down on your dream and losing your voice, it’s not worth it.

My gut tells me there are other people out there with similar experiences. I write this post in the hope that it resonates with at least one other person who decides enough is enough.

Who is ready to really want something.

To trade up to their dreams.

What do you really want?

How can you honour your dreams?  Today?

Catherine Stagg-Macey has spent over twenty years in the technology and insurance sectors. She has experience in a wide range of roles from programmer, project manager, leader and strategy advisor. In her last role, she established and lead a European Insurance practice. Passionate about people, she retrained as a coach and now runs her own business offering leadership coaching, workshops and facilitation to the financial services and technology industries. She believes that we all deserve to love the work and that through individual and team coaching, she can play a part in revolutionizing the work place.  You can follow her on twitter at @staggmacey.