I met Christine Damitz at Time Out for Women in Layton.  I was so taken by her story about loss and renewal, I immediately asked her to guest blog.

The turn of the century found me as a newly married, stay-at-home wife, with no college experience, and intimidated by my new environment. Doubt crept in.  I began to question myself and what I could accomplish. I felt like a clueless kid, and had no idea where I was going.

After graduating high school, I had been unable to start college right away. I had no idea what I wanted to do, so I was kind of okay with it. Instead I found a job, and worked hard, saving money for school.  Two years later, I was engaged, quit my job, got married and moved from my familiar surroundings in Northern Utah to a small city just outside of Los Angeles.

Nine wonderful years later I was the mother of four children, including a son with special needs.  In 2009, halfway through my fifth pregnancy, we found our daughter had unexpectedly and inexplicably passed away. The day before she was delivered, I frantically searched for something to create for her, and settled on a small, handmade hat, sized to fit her tiny body. 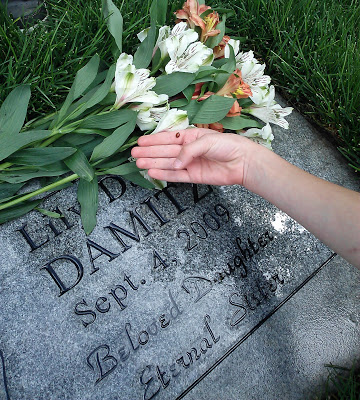 Five weeks after Lily's death, I found myself dealing with depression, anxiety and a new high risk, unexpected pregnancy. With nothing to do but grieve, rest and wait, I turned to crafting, my drug of choice. When my hands were busy, my mind was distracted, so I feverishly began making bereavement clothing for other babies born too soon, and found peace and healing in my work. Penny, our sixth child, was born safe and sound in June of 2010, to our surprise and relief.

It took three years for me to find the courage to invite others to join me in this venture, and a one-time service project quickly became a monthly event. With a friend's suggestion, I designed a specialty bunting for tiny, fragile babies born during the second trimester.

I started a blog to share events and resources for free patterns, and a Participation Group on Facebook to coordinate our growing team of volunteers. Angel Outfitters, a service organization dedicated to providing bereavement clothing for babies born too soon, was becoming a real, ongoing endeavor. Within months we had supplied our local hospitals with enough buntings and other angel clothing to last several months. I still didn't dare to hope these efforts would expand.

Angel Outfitters continued to grow and experience miracles. In June 2013, with a little encouragement, we began accepting and fulfilling requests for buntings all over the world. A few months later we added sweet little hats to coordinate with our buntings, and then a Teeny Tunic pattern for older babies. Just recently, we united with Teeny Tears Bereavement Diapers and officially became a 501(3)c non-profit organization. 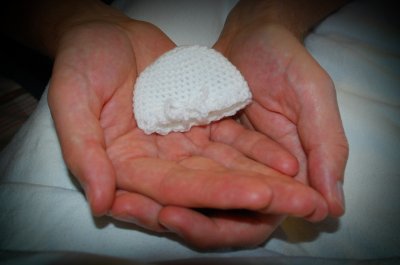 In just the past nine months we have donated more than 4,000 outfits and helped more than 150 hospitals and support organizations all over the United States, Canada, Guam, Ireland, Australia and the Netherlands.

What began simply as a desperate need for distraction has blossomed into an continuous effort that not only provides families with clothing for their little ones, but supports volunteers as they heal their hearts in memory of their own angels.

I may not (yet!) have a degree, but I'm on a mission that matters, and have a strength to draw from that I didn't know I had.

I don't sign anyone's checks, but the people I get to work with are some of the most beautiful people and wonderful friends that I could ask for. My husband and children work alongside me and see that dreaming big and working hard can bring about all sorts of miracles.

I don't know what the future holds for Angel Outfitters, but I'm beginning to see what we're capable of, and what we can accomplish when we're working as a team.

***
In addition to being a full-time kid-wrangler, Christine is also the founder and director of Angel Outfitters, a 501(3)c non-profit organization. What once was a coping method after the death of her fifth child, has become an ongoing endeavor to change the quality of bereavement care all over the world.