Coss Marte is the founder of ConBody, a gym headquartered in NYC.ConBody is located on the same New York street corner where he once ran a drug business.

While he was in prison, he lost 70 lbs. through exercise. Soon he was teaching other inmates how to get into shape. As a legal entrepreneur, he plans to disrupt the fitness industry and eventually the criminal justice system. 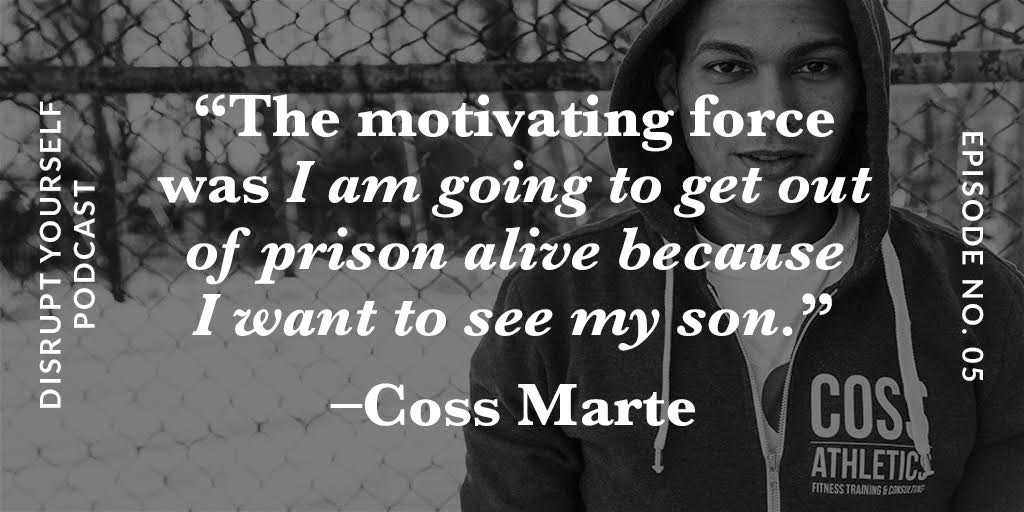 Coss Marte hires released convicts to work as fitness instructors. In general, employment outlook is bleak.  It’s more complex than merely having a criminal record. He tells the story of Conbody’s senior trainer, incarcerated for 14 years. “Learning the etiquette skills…how to adapt right back to society. Learning the technology skills. Flintstones meeting the Jetsons, you know, from back in 1999 to…welcome to 2013, 14. You left with a beeper and come back to a touchscreen and everything. It’s just like a whole different world.”

From Illegal to Legitimate Entrepreneur

Check out Conbody Live, an online live-streaming home-exercise subscription. The cost is $5.00/month. He will finance expansion into other metropolitan areas through from the revenue generated. He's also retrofitted “a school bus and turned it into a prison bus. It’s like the first mobile gym in the NY so we’ll be running classes off the bus. I want to do a cross country trip from New York to L.A. Hit every major urban city that’s been affected by the prison, mass incarceration problem.”

You can hear Coss Marte’s fascinating tale of disrupting from illegal to legal success below: