Forbes | Focus On Your Purpose, and Everything Changes 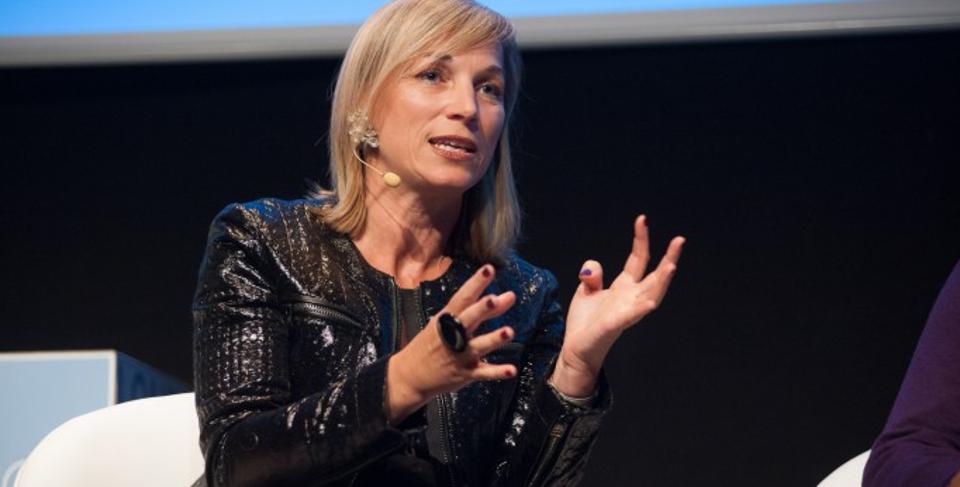 Céline Schillinger is the Head of Quality Innovation & Engagement at Sanofi Pasteur, where she has long led the push for the Paris-based pharmaceutical company to embrace diversity and social engagement. What is so inspiring about her is how successful she has been at creating change in a conservative industry, as the creator of the Women Empowerment Network at Sanofi, with sights set on gender balance and higher employee engagement.

Supreme among her many accomplishments during her tenure with Sanofi, she ensured the successful launch of the first vaccine developed to combat dengue fever, innovated the Break Dengue Community, a global alliance that integrates and supports initiatives worldwide to aid in the battle against dengue, garnering over 250,000 Facebook followers for Break Dengue in its first year, and enlisting over 4000 volunteers globally to assist in the distribution and administration of vaccines. She’s a terrific role model for leveraging social media and other tech tools to work to accomplish daunting tasks. She has previously been named France’s businesswoman of the year by La Tribune. Currently based in Boston, she is originally from France and has also lived and worked in Vietnam and China.

When I shifted focus from myself to a bigger purpose. I was 40 and I started a movement for change in the workplace, advocating for more diversity. This was a new beginning for me. It has opened huge new perspectives, and made me grow so much. I’ve learned about diversity, purpose, social media, co-creation… to the point it has become my job now. In the last few years, I have delivered two very successful global projects, adding significant value to my employer and to society, based on what I’ve learned from the diversity movement.

I want to change the way organizations work. I want to make business more human and more relevant to what employees, customers and stakeholders at large want today. We can’t stick to 20th century tools and mindset to create value today. They’re not adapted to our complex, globalized and interconnected world. They’re obsolete. I’ve started to change this in my own organization, with corporate activism. There’s considerable energy when you tap into a broader pool of knowledge, common purpose, social media and co-creation. I want to expand this work within my organization and beyond.

When I started the movement for diversity at work, I googled for information and articles I could share with my fellow activists. I became interested in Avivah Wittenberg-Cox’s work. I realized she was on Twitter, sharing opinions and articles she’d found interesting. I didn’t need to google anymore! I had all the information available here, curated, along with recommendations of more people to follow – that I hadn’t heard of before. And I was able to interact directly with her! That was a big eye opener for me. I hadn’t been keen on exploring social media before; but now that I had a cause, I totally got the value of it. From there, my connections grew, along with knowledge and opportunities.

I can’t recommend going on social media strongly enough. The best networking contact is one you don’t expect. Serendipity is the key.

I wake up earlier since I moved to the US, a year and a half ago—6:45 am back in France, but 5:30 am here. Work starts earlier, and the kids’ logistics are different. It was hard at first, but you get used to it! I check my social media feed over breakfast, drop my son to his bus stop and go to work.

The Purpose Effect by Dan Pontefract. An excellent book. The “sweet spot” is when you find yourself at the intersection of the organization’s purpose, your function’s purpose and your own. I’m in there, right now. It’s very up-lifting.

Each time someone has opened up new perspectives, or trusted me to do something difficult, I’ve learned and grown. There are numerous people I’m grateful for. My late teacher, Mrs Audigey, gave me ambition. A business leader hired me to run his operations in Vietnam. Another leader the same, later, in China. They took risks and gave me amazing opportunities. My friend Angus pushed me to start a blog, a few years ago; I felt incapable of doing that, but now I can’t thank him enough. With social media and communities of intention, I feel that mentorship has become more collective these last few years. The Change Agents Worldwide community, created by the awesome Susan Scrupski, is a great source of advice and feedback. There’s so much trust between us all.