Forbes | She Helped Shape U2 And Now She’s Fighting AIDS 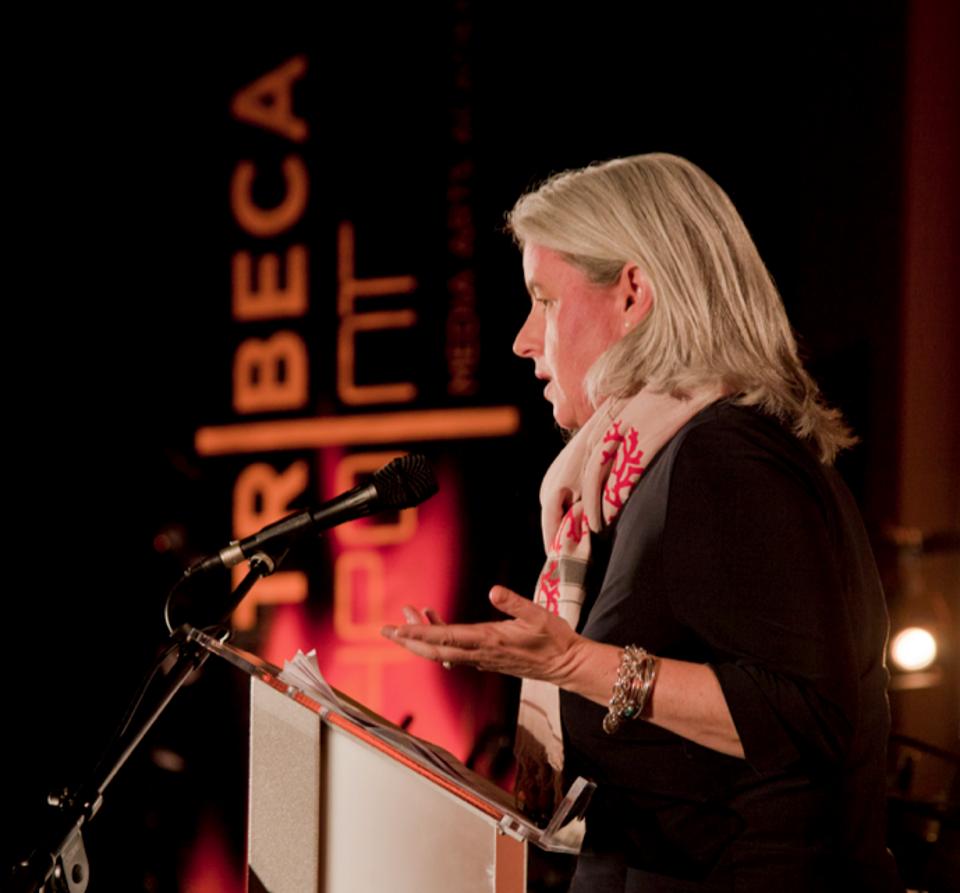 Sheila Roche is a creative and communications consultant to (RED) which she helped its founders Bono and Bobby Shriver set up in 2006 as a mechanism to engage the private sector and consumers in the fight against AIDS.  She has been integral to (RED)’s major campaigns, including the second (RED) Shopathon for World AIDS Day 2016, an idea she conceived to take the concept and absurd infomercial format of home shopping and using it for charity.  Roche is also co-producer, with Spike Jonze, of The Lazarus Effect, an HBO documentary showcasing the impact of (RED) campaigns and Global Fund money on the lives of people with HIV. To-date, the organization has generated over $360 million, and impacted the lives of 70 million people through Global Fund grants.

Roche’s career began in the music industry. She is the former managing director of U2’s management company and also managed the career of PJ Harvey, the highly applauded English musician, singer-songwriter and poet. She serves on the Chicago Committee for Human Rights Watch, is a member of the Women and Global Development Forum Steering Committee at the Chicago Council on Global Affairs and is an adjunct professor at DePaul University, teaching a graduate course on Creative and Critical Thinking and developing next-generation leaders to energize campaigns related to social justice. She lives in Chicago.

I feel fortunate to have had two careers I’ve loved – the first as a rock and roll manager, the second with (RED). Reinvention was embedded in the move from the former to the latter and at first, I thought I had no transferable skills. I ended up realizing that my experience from the music business was invaluable – from my knowledge of pop culture and how to inspire consumers to how I was trained to work – the music business is fast, furious, requires flexibility, nimbleness and teaches you how to recognize and ride opportunities. That’s perfect for today’s speed and for work in charity where we don’t have big marketing budgets but have to find ways to cut through. Everyone in the small team at (RED) has this entrepreneurial spirit, led by its CEO, Deb Dugan who’s also a 40 over 40 alum and comes with record label, Wall Street and Disney experience.

My experience in the music business has been ideal for launching a charity like @RED. – @sheilaroche

Three people – Bono; Paul McGuinness, U2’s manager for 35 years with whom I co-managed PJ Harvey for 13 years; and Ellen Darst who was my first boss in the music business and pivotal to U2’s success in the US. They taught me to think big, pursue excellence, sensitize my antennae to the zeitgeist, trust my gut, try to be leader, not a follower and that paying attention to detail is important. 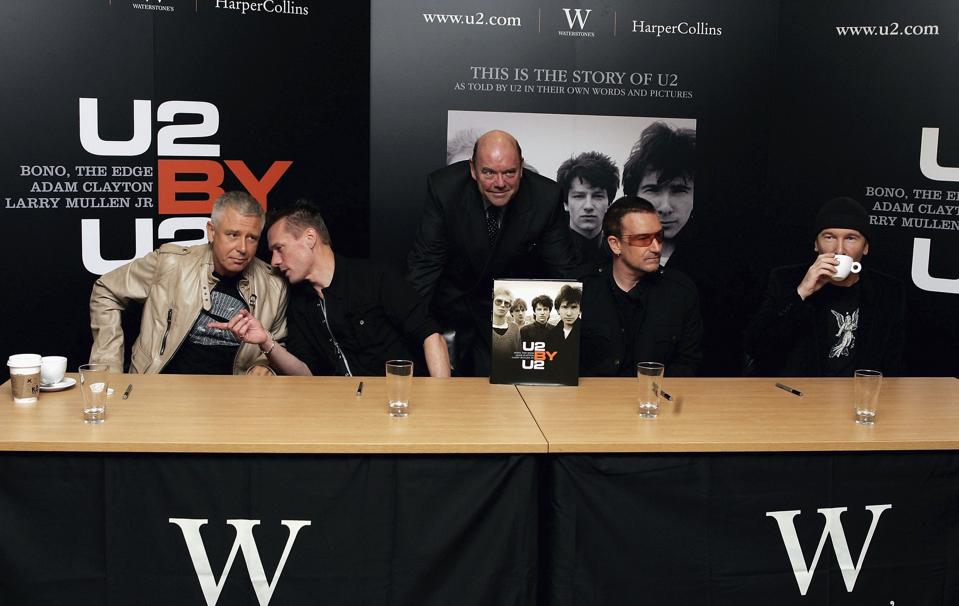 Adam Clayton, Larry Mullen Jr, manager Paul McGuinness, Bono and The Edge of rock group U2 appear at a signing of their new book ‘U2 by U2' at Waterstones Piccadilly on September 22, 2006 in London, England. (Photo by MJ Kim/Getty Images)

Helping the AIDS fight become obsolete when we get to the end of AIDS, a preventable and treatable disease which has needlessly killed 35 million people.

I asked Paul McGuinness for my job at Principle because I loved his and the band's intelligence, ambition and tenacity. Paul McGuinness turned me down because I was a friend and they didn’t hire friends. I was naive and cocky enough to convince him he was making a mistake! When I got my foot in the door, I just worked like crazy until they asked me to stay. I left in 2004 after 18 years ‘to get some sleep!’ because it was a 24/7 job, even before social media and the information bombardment that exists today. But really, I had caught the advocacy bug from working with Bono and the team of activists he’d joined fighting against the injustices that are responsible for extreme poverty. So, I was really thrilled when he and Bobby Shriver asked me to help them set up (RED).

When @U2s Paul McGuiness turned me down, I was naive and cocky enough to tell him he was making a mistake! – @sheilaroche

I wake up around 6.30am, have coffee to get my brain started (I’m in a sorry state beforehand), try to meditate and when I’m home, I walk our dog.

I try to most weekends. I stop having good ideas if I don’t unplug so I don’t believe that constant busyness is something to aspire to….I think it’s a tyrannical notion and totally counterproductive.

“Try to hire people who are not too big to do small things and not too small to do big things.”

“Just do the next right thing.”