Forbes | Moving From Your ‘Moment Of Reinvention’ To ‘Your Moonshot Goal’ 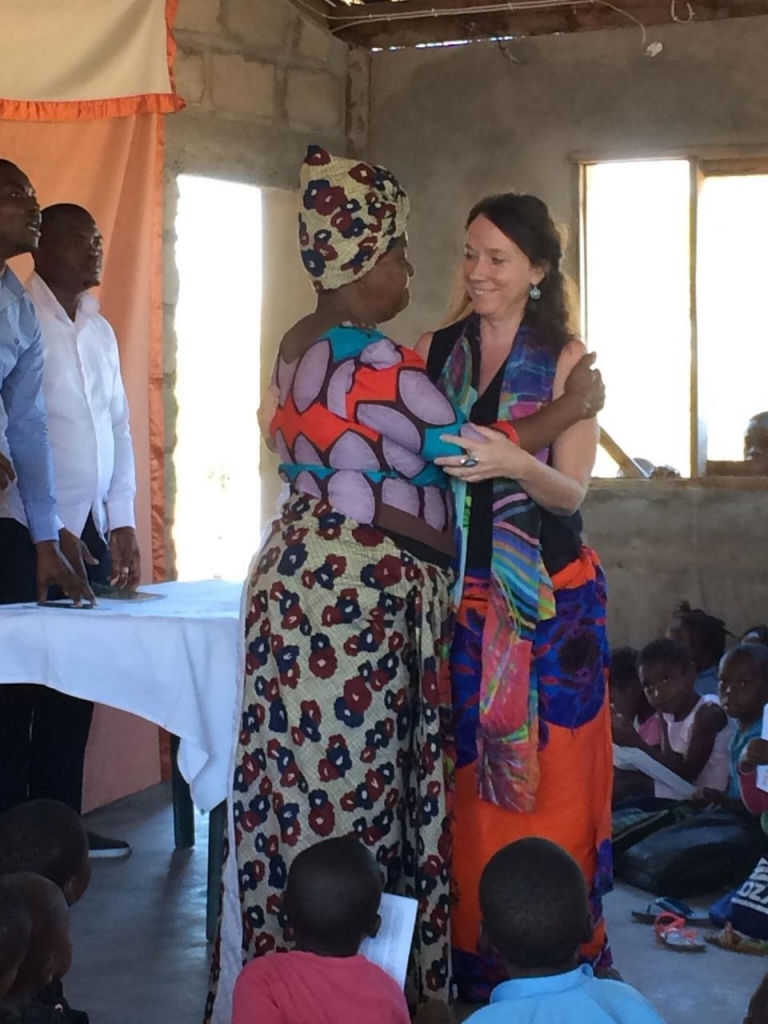 In 2007, Christine Garde, a career-long participant in social good organizations, founded CouldYou?, a non-profit of which she is still CEO. CouldYou? connects influential people in the West with influential African individuals and institutions in African-led partnerships developing home-grown solutions to African problems.

I’ve never been married but I’ve always wanted to have a child and “mother”. I was in my late 20’s, running a gang diversion program at the border of Tijuana/San Diego and so I began exploring and being open to ways I could reinvent “mothering”. A young girl in my program was pregnant and I took her to the hospital to deliver the baby and the moment I cut the umbilical chord I fell in love and received the greatest gift of my life…to help mother Leilani. Today Leilani is senior in high school, planning to go to a local community college or into the Navy.

When I graduated college with an International Business degree I moved out to San Diego. I decided my “ideal job” would be working for Katy McDonald in the office of Economic Development and so I asked for an internship. She said there were none available and so I told her I would work for her for free for 40 hours a week just to learn from her. She said I’d have to take it as a serious position (even if there was no pay) and so for 12 months that is what I did. I waitressed at Ruby’s Moto Diner on nights and weekends so I could survive financially. Katy gave me the responsibility of representing the Mayor on the STAR committee (Strategic Alliance for Redevelopment for the City of San Diego). At the end of the year I declined a regular position because I wanted firsthand experience in the neighborhoods we were serving. I took the job with Triple Crown which was offered to me based on my experience in the mayor’s office.

I want to see the next generation in Mozambique living in a nation that has lifted itself out of poverty. I believe full transformation can happen in partnership with the west as we focus on the areas of education, food security and investment opportunities.

As part of that, we just launched, in partnership with OurStories, the first ever original children's book based on Mozambican folklore:  Mr.Rabbit and The Well. It's been endorsed by Former President Joaquim Chissano (former President of Mozambique for 18 years who now chairs Africa Forum), the Minister of Education and the Minister of Culture.  In July we printed and distributed 850 books to kids in Mozambique (each book is estimated to be read by 10 people so it will reach nearly 9000 Mozambicans).  The response has been incredible!  We also just launched an Indiegogo campaign to be able to print an additional 1500 books (though ideally we'd love this book in the hands of every child K-2!)

Cover Art for Mr. Rabbit and The Well, an original children's book based on Mozambican folklore. (Courtesy Christine Garde)

Ray Smith at Triple Crown, a gang diversion agency, taught me what it meant to have “white privilege” and about systemic injustice. The gang kids I worked with taught me about loyalty and community and how making a difference in the life of “one” is worth whatever sacrifices it takes. Leon Tompkins at Young Life modeled authenticity, vulnerability, servant leadership and a balanced life. Most recently the Archbishop Desmond Tutu Fellows have shaped the way I think about and approach work in Africa.

Accomplishment that Makes You Smile

I am most proud of the young woman Leilani has become…so full of compassion and kindness and a zest for life. I am also proud of creating and sustaining CouldYou? I have journeyed with incredible African men and women who are sacrificing and breaking paradigms in truly historic ways. I’ve worked alongside amazing men and women from the West who ask deep questions about moving from success to significance in an African context. I’ve facilitated successful investments in business and charity and made lifelong deep friendships that make life truly rich.

I was deeply impacted after watching the TED talk by Chimamanda Ngozi Adichie: The Danger of a Single Story. In it, she warns about perpetuating the old story of Africa as a “place of beautiful landscapes, beautiful animals, incomprehensible people fighting senseless wars, dying of poverty and Aids, unable to speak for themselves, waiting to be saved by a kind, white foreigner.” This state of affairs is not changed by well- meaning foreigners thinking in terms of providing aid. Instead, people with generous hearts need to partner with trusted local leadership and to fill in the gaps they determine. Sustainable change for people living in poverty comes not from the outside in, but from the inside out.

Bob Goff once told me to hold loosely to my organization and each new year ask the question “Is this what I’m supposed to commit to for the next 12 months and if so, go after it with everything you have but if not, be willing to let it go.”

My life quote is by Frederick Buechner: True self “happens when your deepest gladness and the world’s deep need, meet.” Lately, with the task of seeing the nation of Mozambique fully transformed, my “keep me going” quote is by Nelson Mandela, “It is always impossible until it is done.”