Forbes | Travel Alone- You’ll Be Surprised At What You Discover 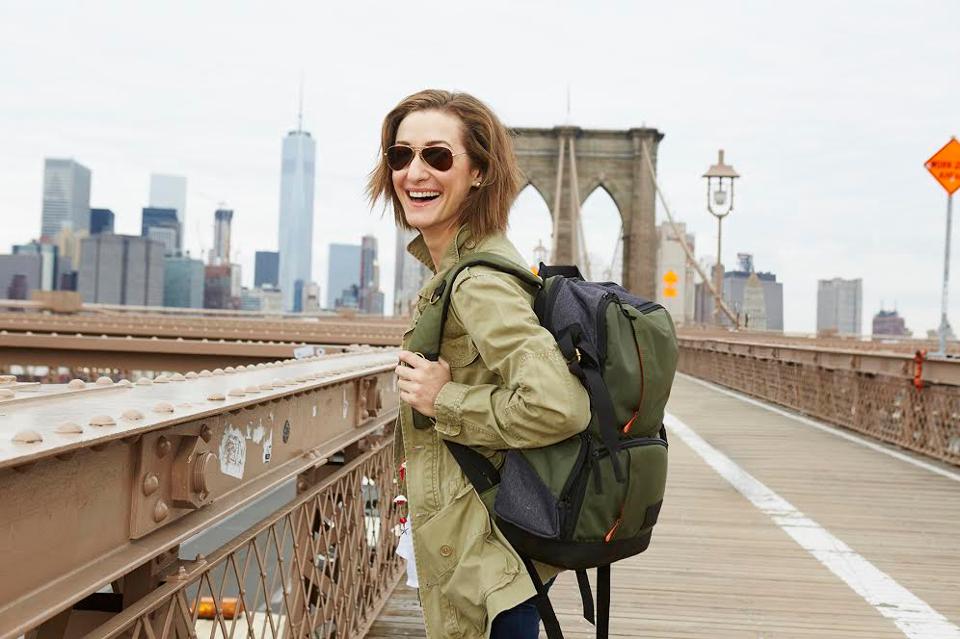 I used to be surprised when I reached out to someone after a contact hiatus of a year or two and discovered they were off on an entirely new adventure. No longer—it happens too often and happened again recently with Paula Froelich.

When last we communicated, she was Yahoo Travel’s Editor-At-Large. She had a wonderful series going titled “A Broad Abroad” and under her leadership Yahoo Travel had become the largest travel content site in the world. Her novel Mercury in Retrograde was a New York Times bestseller. She had fine-tuned her skills as a savvy senior writer at Newsweek and as a freelance journalist covering politics, travel and pop culture. Froelich also profitably passed 10 years as the Deputy Editor of the New York Post’s “Page Six.”

Fast-forward 18 months from our last contact and she’s multi-tasking as the on-air travel expert for HSN, an ambassador for the benefits of American Express’s Platinum Card membership and a Contributing Founder and on-air talent for PYPO (Put Your Pretty On), a newly launched digital platform for women-created content promoting social change. Try to keep up!

When, at the ripe old age of 36, I quit my high profile job, ditched all of my success, for the great unknown — without another job waiting.

My biggest goal right now is to get a travel show on television/broadcast. Women do the majority of traveling, we are the most adventurous and spend the most money and yet — we aren't represented at all on air. I aim to change that this year.

My friends threw me a huge 30th birthday party and it was great, except I imbibed too much and gave myself a raging hangover the next day as a present. My 40th was way better — I took myself to Egypt to see the Pyramids and Luxor—by myself. No hangover.

Since then, I make it a rule to travel by myself on my birthday every year . It's a great way to celebrate what has happened, and to really unplug and connect with myself — and to understand where I want to go in the year ahead.

Back in the U.S., I got a job covering interest rate swaps and over-the-counter derivatives at the newsletter division of Institutional Investor and was then recruited out by Dow Jones as they didn’t have anyone doing that at the time.

Wars, Guns and Votes by Paul Collier, and all of the Elana Ferrante books in the ‘My Brilliant Friend‘ series. Paul gave me perspective on why the world is the way it is and Elana Ferrante gave me insight into my grandmother, who was from southern Italy and whom I didn't know that well. I love books that give me historical perspective. Especially these days when it all seems like it's falling apart – they allow you to say, “Ah. Wait a minute. We've been here before. Chill out. This too shall pass.”

Accomplishment That Makes Me Smile

All of them. Every single one. I’m even proud of my failures (which have been spectacular), because I did them on my own, and learned from them all.

I wake up at 5 but don’t get out of bed until around 7 — I use that time to dream, think and thank the universe. I get up, walk and feed the dog, have breakfast, take a shower and go!

Feminism. Which, in case someone doesn’t know, just means EQUALITY.

Not as often as I should. I unplug on planes… and by reading. A lot.

I have had several — all women. My first boss, Clare Longrigg was invaluable, and I have a close circle of friends who are all successful in business.

I’ve had several people change my life just by meeting someone who knew someone…the thing is: always be nice. Always be courteous and remember Manhattan is a small island.

Song I Can't Get Out Of My Head

It depends on the day. I once went to Kmart and a Muzak version of Richard Marx’s “Right Here Waiting For You” was on – I dreamed about it for a year. I haven’t been back to Kmart since.