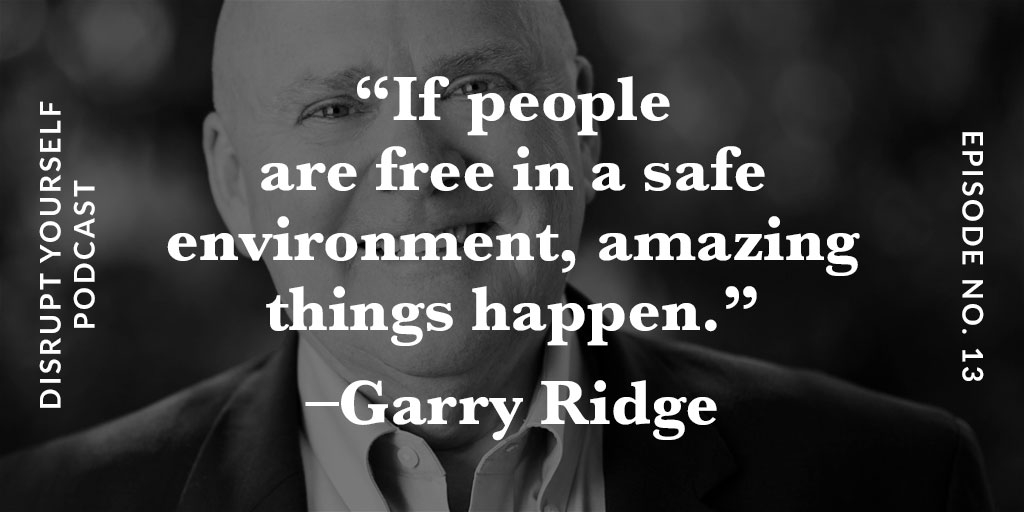 Garry may love failure, and what can be learned from it, more than anyone I’ve ever met. As his book title suggests, he is all about helping people win at work, and a big part of that equation is giving failure its due as a helper along the road to success.

And he’s not afraid to shake things up with a little fun. “For the WD-40 Company’s 50th birthday…I rode into Times Square, 9:00 in the morning, dressed in a suit of armor, parked my horse right outside Nasdaq and went inside and I opened the Nasdaq Stock Exchange. The thing that I guess amazed me more than anything: because there are so many crazy people in New York the guy playing the guitar in his underwear probably got more attention, but I had a police escort and it was pretty disruptive.” And he adds, with characteristic dry humor, the armor was “totally coated with WD-40 for protection.”

Garry Ridge shakes things up in other ways, too. “Be curious, everyday. I don’t like the status quo at all. I get very, very antsy when things seem to be going too well…I want to discover what’s out there; I want to understand. Why is it so? What are we doing? Where do we go?”

Not surprising that 96% of WD-40’s employees report that they love to tell people that they work for the company and that the engagement numbers are almost three times higher than the national norm. Join the conversation and learn more of Garry’s secrets for success below.