Giant Baby Steps – Feeling Our Fear and Doing it Anyway 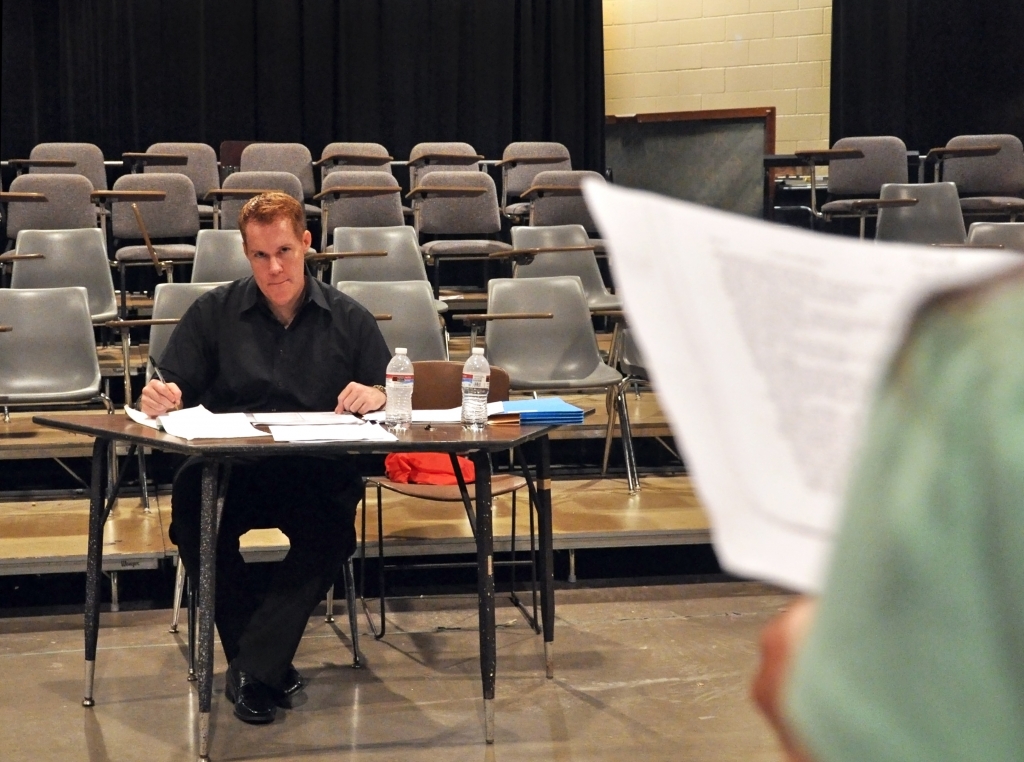 We gain strength, and courage, and confidence by each experience in which we really stop to look fear in the face. Eleanor Roosevelt

Last night I auditioned for a part in a local play. For several days prior to the auditions I imagined myself wowing the directors with memorized words, music, and oh, the feelings that I would evoke as I graciously, confidently, joyfully sang.

Now let me tell you how the audition really went.

I was far more nervous than I had anticipated. The last time I auditioned for a soloist role was – well never. To make matters worse, I actually knew the two women for whom I was auditioning – both of whom have beautiful voices. So, I looked at the music the entire time, was slightly off key, and there was a quiver in my voice. And it wasn’t a vibrato. It was nerves.

For several hours afterward, I kept thinking – I am so embarrassed. Why did I do this?

But with some hindsight, I realized that despite my poor performance, this audition was, for me, a giant baby step.

Singing is one of my dreams. I’m not very good at singing yet. I was scared. And I did it anyway. I’m actually beginning to feel a slight fondness for those feelings of embarrassment, because they cue me to know that I'm throwing down my pom-poms, and walking through my fear.

In auditioning, I listened to my intuition. When I first heard about the play, my immediate and automatic response was – we are too busy. But then I heard a little whisper that said: “That’s what used to be true, but no longer is. You need to do this. Your family needs to do this.” And so I announced to my husband and children that I felt strongly we needed to take part in this opportunity – and they gamely said yes.

Participating in a play will draw us closer together, building happy memories for our family.

One of the unintended consequences is that my husband will start singing again. He used to love to sing in high school and his early college years, but he hasn’t sung much since. As I heard him audition, I realized that part of my “you need to do this” wasn’t about me, but about my husband coming back to something that he used to love. And, with the supply-demand imbalance that exists so often with male roles and men to fill them, he’ll probably get a pretty fun part.

Another unintended consequence (I wish I could have planned this) is that my ten-year-old son will start to sing. I have wanted him to take music lessons. He fought and fought, using precedent against me. His words: “your mother made you take piano and you didn’t like it. Are you going to do that to me?” (I couldn’t argue that.) I then tried the voice lesson route, to no avail. Finally I resorted to buying A Pocketful of Music music appreciation CD’s. And then these auditions came up. Initially my son was hesitant, but as the audition approached, he wanted to sing, he practiced, he prepared. He wants to participate.

As I continue to daydream about bursting forth into song without fear, about finding my voice – not just when I am alone, but when others are around, and keep taking giant baby steps, some day, a lovely voice will no longer be just a dream.

What fear do you have to face as you dream? How has it felt to walk through the fear? What have been some unintended, but happy consequences of facing your fears?