Today we are joined by John Mackey. In 1980 he co-founded small supermarket in Austin, Texas. Over the years the company has grown a bit. It now has more than 500 stores in North America and seven in the United Kingdom. You may have heard of it. It’s called Whole Foods. In 2017, the company was acquired by Amazon for $13.7 billion.

John's most recent book, Conscious Leadership, released in September of 2020. The book has been widely praised by corporate and organizational leaders alike. In 2009, John co-wrote Be the Solution: How Entrepreneurs and Conscious Capitalists Can Solve All the World’s Problems. In 2013, John co-founded the Conscious Capitalism Movement and in 2013 co-authored a New York Times and Wall Street Journal best-selling book titled Conscious Capitalism, Liberating the Heroic Spirit of Business to boldly defend and re-imagine capitalism, and encourage a way of doing business that is grounded in ethical consciousness.

In 2003 John Mackey was named Entrepreneur of the Year by Ernst & Young. In 2006, he cut his salary to $1 per-year, but continued to work for Whole Foods Market out of a passion. A passion to see the business realize its potential for deeper purpose, for the joy of leading a great company, and to answer the call to service.

John provides great examples of Accelerant #5 on the S Curve of Learning, Step Back to Grow. He shares how individuals and business need to reflect on their motives and get clear on their purpose. Then, put the purpose first, and ensure follow through. While it is easy to say I’m too busy to step back, but that time of reflection is critical for businesses and for individuals to be conscious about the work we are doing and provide true leadership. 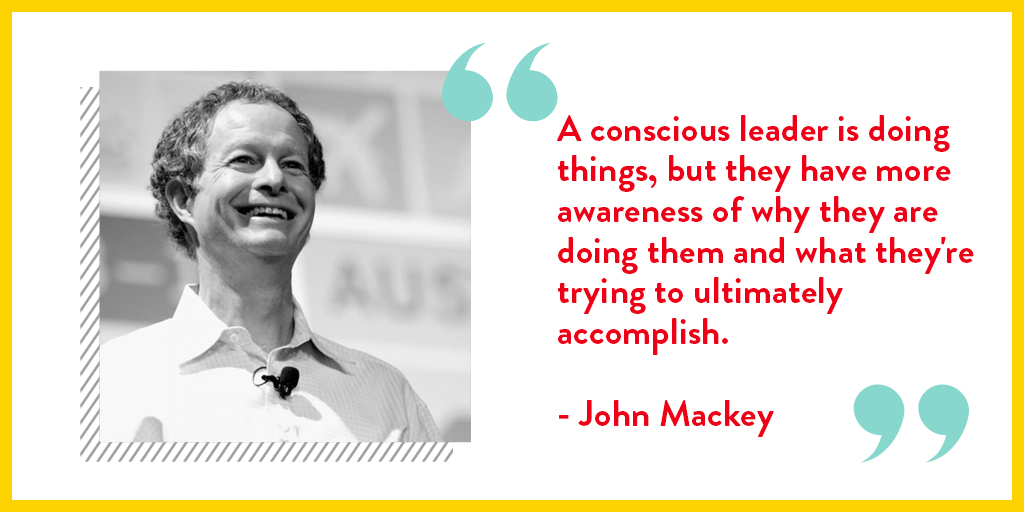 In this episode we discuss what it means to be a conscious leader and how this shows up in everyday leadership. John and I explore how outside events can push us to a new s curve and how those unexpected moments can actually help us grow and mature. John shares how his marriage has made him the man he is today and offers advice to others trying to practice conscious leadership.

Listen to the episode in the player below or download and enjoy it on Apple Podcasts. If you are so inclined, please leave us a review!