Jonathan Bush: The Joy of the Fight

In 1988, college student Jonathan Bush climbed on top of a pile of wooden slats in the middle of an unfinished housing development and looked out over a gathering of political volunteers, “Okay,” he announced. “Here’s how it’s gonna go. My name is Jonathan Bush, and we in the next four days are gonna win this election.”

“This election” was for his uncle, George H.W. Bush, in his first campaign for president. Jonathan didn’t think much of the speech at the time; he’d given thousands of such stump speeches to volunteers before, and would go on to give many more before the campaign was over. However, months later, after the White House had been won and his uncle sworn in as President, Jonathan had more than one person tell him that his speech was a seminal event for the campaign.

“I mean I did everything wrong. But I had been allowed a little bit like Gladwell to have my ten thousand hours of speech giving, and then it mattered all of a sudden and I was on top of this pile of sticks that I had created…I had gone through a lot and it was all visible on my face. And, uh, it worked.”

While it may not have been the Saint Crispin’s Day speech from Henry V, Jonathan nevertheless learned that he has the ability to galvanize people about things that he really cares about. 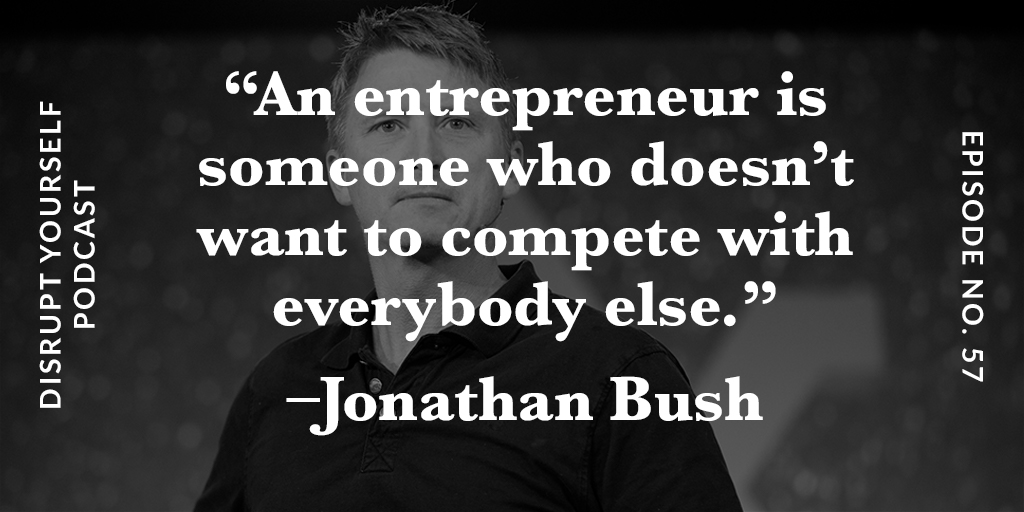 One thing he cares passionately about is health—early in his life Jonathan aspired to be a doctor, but after working as an EMT and in the Army Medical Corps he realized that he needed something more varied that would still give him the satisfaction of having done good in the world. In 1997, he co-founded Athena Women’s Health, a women’s health and birthing clinic in San Diego, which eventually led to athenahealth, a healthcare technology platform for coordinating patient care. Named on Fortune’s list of “34 Leaders Who Are Changing Healthcare,” Jonathan is disrupting the industry by playing in areas that other’s aren’t playing, and is outspoken in his belief that our health care system needs to be repaired.

“I’m at my best when I am making an unbelievably compelling case for what’s possible around the corner…I’m aspirational. I mean, what I can do is say, “Look…we’re gonna catch the car. You and me, we dogs, we’re gonna catch that car.”

Catch our conversation in the player below, or on iTunes, and if you enjoy the show please consider clicking here to subscribe and leave us a review.

Links in this Episode and Transcript

The Innovator's Dilemma by Clayton Christensen

The Country Bunny and the Little Gold Shoes by DuBose Hayward

Build an A Team: Play to Their Strengths and Lead Them Up the Learning Curve by Whitney Johnson