LinkedIn | Adventures in Cat (and Dog) Sitting: What I Learned about Managing People

LinkedIn | Adventures in Cat (and Dog) Sitting: What I Learned about Managing People 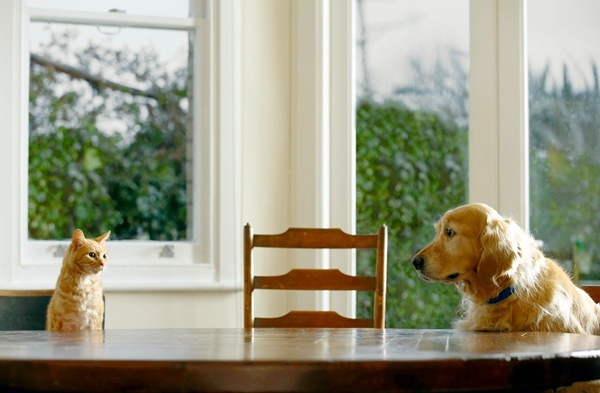 My 12 year-old daughter, like many children, has desperately wanted a dog. Because I've been allergic most of my adult life, but still wanted to say ‘yes' to her, I agreed to dog (and cat) sitting this summer.

The upshot of her adventures is she's earned some money, goes on a walk three times a day, and now knows how hard it is to have a pet. For my part, I have learned some surprising lessons about managing people.

Those of you that have pets no doubt learned these lessons long ago (unless of course you are Suits' Louis Litt). But for the rest of us, here are some quick observations:

1) Do feed the animals: Pets need to be fed twice a day. Enough so they don't starve, but not so much that they get fat. It's part of the contract of pet-sitting. Similarly, when people work for us, we need to compensate them. Enough that they are appropriately valued. Not so much that we aren't taking them seriously.

2) Accommodate physical needs: Dogs in particular need to be walked outside 3x a day, to do the doo and to get physical exercise. They also need to sleep. We wouldn't even think of asking a pet to stay up all night, why do we expect employees to?

3) Play: Peanut, the dog we are sitting, loves to play tug-o-war with her squeaky, furry monkey toy. When she doesn't have anything to do, she becomes listless. People don't want to be toyed with, but they do want to play, to be engaged with their work.

4) Respect territory. Dogs pee, cats rub up against you to mark their territory. They have very clear boundaries. If your people are fighting like cats and dog, maybe it's because they are irascible malcontents. It may also be that you have created an environment where territories and responsibilities are blurred. Neither cats, dogs, nor people, do well when they aren't sure of a place.

5) Pet frequently. Nothing makes a cat happier than being petted. Positive strokes feed her. If we want people who work with us to purr, they need to be acknowledged. Every day.

Adventures in Cat (Dog) Sitting: 101: there's a lot to be learned about people.