LinkedIn | An airline cancelled my flight and put me in a van. Along the way, I got lots of lessons on how *not* to network.

LinkedIn | An airline cancelled my flight and put me in a van. Along the way, I got lots of lessons on how *not* to network. 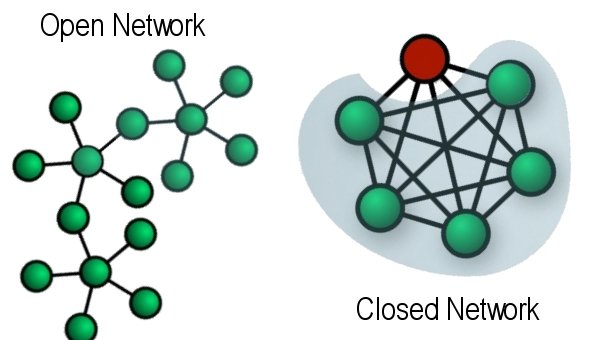 Returning home recently from a consulting engagement in Tampa, I found myself stranded, late at night, in the Washington Dulles airport. The small regional airline I was counting on for a puddle jump never came through. Eventually, the airline loaded all nine passengers into a van, and shuttled us the two  hours to Shenandoah Regional airport.

One of my fellow travelers was a student at an expensive, private university. Upon discovering that we lived fewer than three miles apart, he asked me if I would give him a ride for the final leg home. I happily agreed.

As I drove him home, I learned a lot about him: his name, where he grew up, where he goes to school, his major, what his parents do for a living, his own career aspirations when he graduates in a few months. We even discovered that we have an acquaintance in common. Meanwhile, I made a few mentions of my children, such as my 19 year-old son lives in Brazil, my husband teaches at a local university. Conversation starters.

In the same 45 minute ride, he didn't ask me a single question, not even my name.

I'll confess I felt a little invisible—and exasperated. I find it easy to ask people about themselves. I genuinely enjoy doing it. It's one of my strengths, and we’re often exasperated with people who aren’t likewise adept at the things that we do well.

But here’s the real take-away from this chance encounter: this young man is looking for a job when he graduates in a month. His parents are concerned that he doesn't have employment lined up for the rapidly approaching day when he commences from his education, a several hundred thousand dollar investment.  I could have potentially helped him, if he’d just shown a little of the moxie that would have motivated me to recommend him.

The client I'd been with in Tampa is the CEO of a real estate construction and development company, the exact industry this young man wants to enter.  I could have called, and said, “I just met this terrific guy; why don't you speak to him?” Would the CEO have given him a job? Not necessarily. But on my recommendation, I think he would have given him a listen. If this seemingly capable, but ultimately undistinguished young man had opened up his network, he might today be interviewing for a really great job.

If he had opened up his network, he might today be interviewing for a really great job.

Contrast this experience with the son of one of my childhood friends, Alexander. He struck up a conversation with a gentleman on an Amtrak train, stayed in touch, and is now going to work for him this summer.

My brief encounter with this college student left me wondering about the opportunities I miss. For example, there was another passenger in the van, traveling from Germany to visit her daughter. I really liked her. I wish I’d asked her name. Would it have led to a business opportunity? I have no idea. It doesn't matter, really, because there would be one more interesting person in the world who I know.

We all need to feel that we belong. A sense of belonging gives us the confidence to climb a new curve. But if we’re too comfortable with our place in the world, it's easy to believe that the way things are is the only way they should be. We battle this mindset as we open up our network, especially to people who are unlike us, and ask questions, solicit opinions, and entertain new possibilities, rather than focusing inward.

Real relationships, in business as in life, are based on reciprocity. Our real advantages, both concrete and less tangible, are gained through humility, through putting ourselves in one-down relationships with those who know more than we do.

We really do know less than we think we do; open up, and we will learn more.

If we’ll extend ourselves in this way, the research suggests we are 2x more likely to enjoy breakthrough ideas. Take a look at the work of Brian Uzzi and Benjamin F. Jones, professors at the Kellogg School of Management, illustrating this point. The most interesting thing about their data, for me, is that the ratio of new sources to old doesn’t have to be especially high for us to hit on a meaningful new idea. But we do have to be open to something (or someone) new, instead of focused on the same old thing, especially if that same old thing is ourselves.