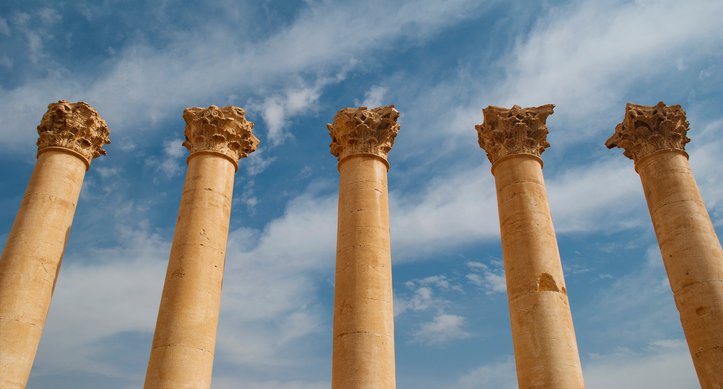 In the podcast, I have conversations with fascinating people—some famous, some not—who all have in common that they are disrupting the status quo of a business or industry via the disruption of their own personal career paths. Below are (5) high level takeaways from these conversations:

No. 1 Play where no one else is—where competition is low and the potential rewards for success are greatest.

This is personified by Michelle McKenna-Doyle, Chief Information Officer of the NFL. Playing where no one else plays can require that we create our own dream position, as Michelle did when she applied to the NFL; they didn’t have a CIO and weren’t advertising for one, but she recognized and articulated the need. NFL Commissioner Roger Goodell was, she says, “really supportive, but what he said to me, over and over again, ‘You know, you now have to sell it to everybody else. You sold me…but nobody else around here’s going to know what

Once she had the position she had to persevere to persuade the naysayers, some of which were “taking bets as to how long I would last…you know, 18 months to two years.” Michelle has bested that, times two, with no sign of stopping anytime soon. You can round out your football season by listening to Michelle’s interview here.

No. 2 Disruptors look to meet needs by occupying niches that employ their distinctive strengths.

Coss Marte founded ConBody, a gym headquartered on the very New York street corner from which he once ran a highly profitable but absolutely illegal drug business. While paying his debt to society, he addressed some personal health problems through exercise. Soon he was organizing and leading other interested inmates in fitness-oriented activities.

Coss finds his distinctive strength at the intersection of his business acumen and a desire to disrupt both the fitness industry and the criminal justice system by putting released convicts to work as fitness instructors and personal trainers, an option to the bleak employment outlook they currently face. He’s launched Conbody Live, an online home-exercise subscription, plans additional facilities in other metropolitan areas, and has retrofitted “a school bus and turned it into a prison bus, and it’s like the first mobile gym in the city, so we’ll be running classes off the bus. I want to do a cross country trip from New York to L.A. and hit every major urban city that’s been affected by the prison, mass incarceration problem.” You can hear Coss Marte’s fascinating tale of disrupting from illegal to legal success here:

No. 3 The best disruptors boost promising and enterprising talent, taking as much pride in the accomplishments of their mentees as they do in their own.

Raju Narisetti is this kind of disruptor. Immigrating from India as a young man with virtually nothing but the clothes on his back, Raju rose to become the Managing Editor of The Washington Post, Head of the Digital Network at the Wall Street Journal, Senior VP at News Corp and, since our interview, has he became the CEO of Gizmodo Media Group. But he doesn’t measure his success by what he has achieved alone. “I feel very, very strongly about this…as I became much more of a mature manager, I’ve increasingly measured myself by saying, ‘Where are the people that I’ve hired? What have they gone on to do?’” You may end up wishing Raju was your boss, but at least you can learn from him by listening here:

No. 4 Disruption rarely happens without constraints.

This is something Isha Johansen knows well. A native of Sierra Leone, Isha has navigated the severe limitations of a nation shattered by civil war and devastated by Ebola to create an internationally competitive football (soccer) team and become the President of the Sierra Leone Football Association and a member of the FIFA Integrity and Security Committee. 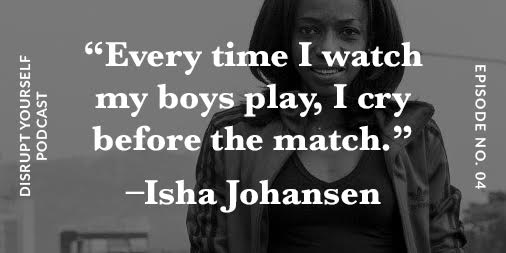 Perhaps the severest ongoing constraint is that she is a woman in a culture where that still constitutes a substantial obstacle; despite this she is battling endemic organizational corruption and pressing the creation of a female football league, in a land where girls haven’t even played football in school. In just a few short years, she says, “despite the in-house fighting and the political intimidation and Ebola, we’ve been able to get…female administrators interested in football more now than ever. We’ve been able to get female coaches, female referees participating in courses, so they get the higher level standards. We’ve got the grassroots coaches and also the grassroots programs coming up, which is very good. We’re also building, refurbishing a new center.” You can listen and cheer for Isha here:

No. 5 Learn from your failures and tear down the silos–or just don't build them in the first place.

Finally, Brian Moran is a business consultant who has the disruptor’s gift of learning from failure. He also has wise things to say about helping people; about teamwork and about keeping values intact even when your new enterprise starts to take off—a key to true, lasting success. Consider these insights, for example: “Marketing is telling people what you can do; customer service is doing for people what you told them….Therein lies the problem as your company grows, because marketing goes to the left and customer service goes to the right. At some point, when you start to build silos in your company, and people start to lose touch with each other…companies start to lose their way when they get bigger and bigger and the corporate culture changes. Don’t build silos.”

And this gem, at the more personal level: “Some people aren’t religious—some people are more spiritual—but I always say to people, ‘Reason alone will never get you to where you want to go in life. At some point you will have to make a leap of faith, and that faith is whatever you believe in that is beyond your capabilities.’” You can hear these and other pointers on professional and personal disruption here.

Later this month, I'll be featuring a conversation with Bernie Swain, the founder of the Washington Speaker's Bureau, and in mid-January, Stacy London, who made her name on TLC's What Not to Wear.

In mid-January, I'll be traveling to Philadelphia. Anyone there you think I should interview? If so, let me know in the comments below.