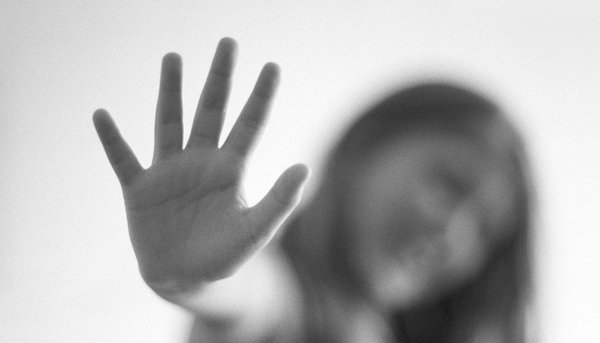 If you are the one being disrupted (Amazon v. Borders, Uber v. Yellow Cab), it no doubt feels that way, even as the rest of us are enjoying the spoils of reading or riding anytime, anywhere.

One of the best ways to cope with, and even harness the forces of mass disruption, is to become the agent of your own disruption-to disrupt yourself.

Here are five reasons why:

1. Yourself. When you try something new, you make a decision to focus on who you can become, not who you are — to move from stuck to unstuck. When you learn, you get a squirt of dopamine, a neurotransmitter that makes you happy. It literally feels good to disrupt yourself.

Though you may crave certainty and the control of a focused task to complete, moving into terra incognita feels better. It is restorative, both emotionally and physically. In fact, a study done by Kennon M. Sheldon and colleagues suggests that that opportunities for self-expression, i.e. creativity, may increase feelings of agreeableness, conscientious, and openness, leading people to act more responsibly, cooperatively, receptively, and cheerfully.

2. Your loved ones. Motivational speaker Jim Rohn once famously said “You are the average of the five people you spend the most time with.” This also means you are the sum total of others being around you. Research has shown that emotions are contagious. As you enjoy the feel-good effects of disruption, others will too.

As you share your dreams of disruption with these important people, you release the bonding hormone of oxytocin which activates higher levels of trust. Sharing makes other people feel trusted and that makes them feel good, too.

And don't forget the children in your life. We dream so they can dream. We disrupt, so our children can disrupt.

3. Your colleagues. Companies don't disrupt, people do. When you're willing to step back and take risks, you give others the courage to do so as well. It is a human imperative to feel safe. When we feel safe, it gives us the confidence to try something new.

I know from personal experience that one of the most difficult aspects of jumping to a new learning curve is to set aside my ego. When we take a step down to gain momentum for an upward surge, for a time we may have less expertise and are reliant on those junior to us. It is really ego-bruising to temporarily look dumb, asking questions like “Am I doing this correctly?” especially to lower-status team members.

But as Rebecca Jackson explains beautifully in her essay, “Shedding My Skin,” it is worth it–“Have you ever let go of something that simultaneously protects and strangles you; something that both defines you, but also suffocates your evolution? Just like a snake shedding its skin, you have to lose something critical to grow, leaving you vulnerable and exposed in the process.” When you shed your skin and become better, you encourage others to do so as well.

4. The market. Disruption breeds innovation — a willingness to play where others are not. Starbucks founder Howard Schultz once said “Any company that embraces the status quo is on a collision course with time”.

Too bad Schultz didn't have coffee with Borders or Kodak.

Peter Thiel, the co-founder of PayPal, puts it in another way — “Doing what we already know how to do takes the world from 1 to n, adding something more of the familiar. But every time we create something new, we go from 0 to 1. The act of creation is singular, as is the moment of creation, and the result of something fresh and strange. Unless companies invest in the difficult task of creating new things, they will fail in the future no matter how big their profits are.” Challenge the status quo and others will too.

5. The economy. Consider this number — $8 billion. That's how many dollars have been earned by developers for Apple's App store just since 2008. Or, think about this number — 1,027,000. That's how many U.S. jobs Apple has created or supported over the years. Innovation caused by disruption not only keeps our economy healthy, it provides opportunities for others. In fact, a recent survey by the Global Center for Entrepreneurship and Innovation of the world's most dynamic entrepreneurs (disruptors) found that 77 percent of them expected to grow their workforce in 2015. As Vinton G. Cerf, vice president and Chief Internet Evangelist at Google, said, “it seems fair to say innovation has brought us the potential for abundance and new work.”

It may sound “evil empire”-ish, but being an agent of disruption is a very powerful positive force. When you disrupt yourself, you not only cope with the forces of disruption, you enable yourself to harness its power and unpredictability to pull you forward — and potentially those around you, too.

Whitney Johnson is the author of Disrupt Yourself: Putting the Power of Disruptive Innovation to Work, one of Amazon's Best Business and Leadership Books for October, 2015.