LinkedIn | Forty Is Anything But Past Your Prime 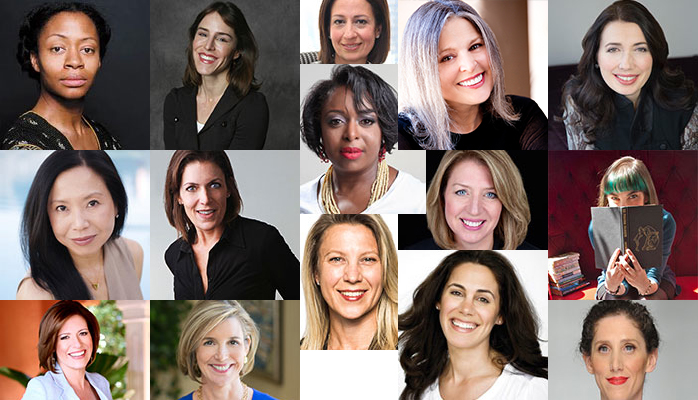 In 1993, twenty-three year-old Sue Chen founded NOVA Medical Products to offer stylish mobility and bathroom safety devices for physically challenged individuals. After decades of decline in this industry with little product innovation and dysfunctional distribution due to Medicaid issues, Chen recognized an industry ripe for disruption. In 2011, Fortune designated 41 year-old Chen as one of “Ten Most Powerful Women Entrepreneurs.”

Like many smart, powerful women, Chen has not only disrupted an industry, she’s disrupted herself. In 2006, while going through a dark time professionally and personally, Chen discovered a calling for saving sharks. Concerned about their extinction, she became a Director at Shark Savers (now Wild Aid). In 2012, she started Operation Blue Pride – an organization taking wounded veterans shark diving as a way to self-heal and giving them a new purpose. And she was an Executive Producer of the documentary about this mission called “Operation Blue Pride: American Hero – Ocean Hero.”

There are a lot of women just like Sue Chen: women who are reinventing their lives, and are powerful role models for the upcoming generation.

And you’ve probably never heard of them.

There are a lot of reasons why that might be. Just as women are moving into their 40s and are at the prime of their professional and personal lives, they tend to be pushed out of the media spotlight due to ageism.

Which is why Christina Vuleta and I co-founded Forty Women to Watch Over 40in 2013. The Forty Over 40 List celebrates women over age forty to raise awareness that being over 40 is not “past your prime” and, in fact, may be when we come into our most productive era. We hope to inspire women over 40 to persist in daring and disrupting, despite the rise of the “30 under 30” power lists. The Forty Over 40 List also gives women in their 20s and 30s with role models who feel within reach.

You will have heard of some of the past honorees – 2013 are here, 2014 are here. But many will be entirely unknown to you. That’s part of what makes this list special. For every woman on this list, there are countless others – accomplished, but unheralded.

Help us find those women.

Our call for nominations is from March 16th through April 15th, 2015 with the following criteria:

This year’s judges are:

Who in the world will you nominate?

For more on Forty Over 40, see:
7 Inspiring Women On How They’ve Become Better with Age
Between Marissa Mayer and the Opt Out Mom: Why Women Need More Career Role Models
What Forty Over 40 Means to Me
It Gets Better With Age