LinkedIn | Personal Disruption — The Force That Will Shape 2016 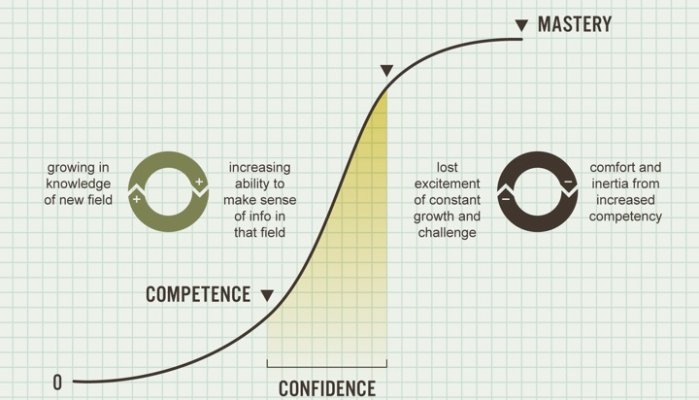 In this series, professionals predict the ideas and trends that will shape 2016. Read the posts here, then write your own (use #BigIdeas2016 in your piece).

Personal disruption is the act of using a practice employed by companies — wherein a product deemed inferior by the market leader (Amazon v. Borders, Uber v. Yellow Cab) eventually upends the industry — and applying it to the individual.

Disruption has the power to transform organizations, communities, and well, the world — but it doesn’t start on that macro level. It starts with individuals. Companies and organizations can’t disrupt, if their people don’t.

It’s not that people don’t want to.

Consider this story: An HR program manager (we’ll call him Ben) inside a storied Silicon Valley company leveraged his distinctive strength of coding to write a program that remediated a departmental pain point. The last thing anyone expected from his role was a full-application ecosystem and operational dashboard complete and in production in less than a month at zero additional cost to the team. His colleagues in IT now had to decide if they would “bless” his initiative and solution, or reject it because he had inadvertently done their job quickly and affordably. They opted for the latter: instead of cheering, they booed.

Disrupt, or be disrupted, goes the battle cry.
Frequently, the enemy is within.

According to an in-depth study conducted by Accenture, high-performing companies, those that surpass their peers on financial metrics across business cycles and leadership eras, are those that develop capabilities before they need
them. The average and low-performing companies don’t. Meanwhile, companies that support and encourage their employees’ dreams — the engine of disruption — breed loyalty, resulting in higher profitability. According to Towers Perrin, Intl., organizations with a highly engaged workforce increase operating income by 19.2%, while low engagement led to a 32.7% decline in operating profit.

The ever-pressing imperative of driving performance collides with the massive cohort of millennials expecting to bring their dreams to work, I predict the big idea for 2016 will be organizations driving corporate innovation through personal disruption.

Here is how you’ll know this is starting to happen.

In-house mobility will be on the rise. You will hear, When I wanted to try something new and made the case for how it would help the company, instead of getting blackballed, my boss said, play ball. You may even hear of bosses pushing their people to take on a dream the employee didn’t know they had. The boss who sees his or her employees not for who they are, but for who they can become is making personal disruption possible, and innovation will follow.

High potentials get real stretch assignments where they may actually fail. Far too many ‘emerging talent’ fail to reach their potential because their training tends to shield them from a real risk of failure. In the long run, it is riskier to be over-protective. Instead of becoming complacent, frustrated individuals who have put their dreams and ambitions on ice, they will have the competence and confidence to play where others aren’t playing — a hallmark of innovation.

Developers of talent will actually be rewarded. You’ll see a metric wherein managers are measured on how many people have been promoted coming out of their department and for whom they have brokered a move. Management thinker Dave Ulrich said it well, “Instead of asking Donald Trump how many millions he’s earned, ask how many millionaires he’s created.” Recently, I spoke to a large organization and asked how many of their people were playing to their strengths on the job. Less than 5% raised their hands. As managers develop untapped talent, intellectual and emotional firepower builds momentum, pushing innovation into hyperdrive.

You will celebrate success, and not just yours. When organizations are disrupting from within, every person who works diligently and plays to their distinctive strengths gets a shot at their big-time, jumping to new opportunities within the organization. The result: genuine praise and bona fide bottom-line growth.

For the employees who aren’t working out, you’ll send them off with a smile. Theirs. Because you’ve been respectful. You knew it wasn’t a fit. Secretly they did too. And now you’ve helped them find the right fit. Elsewhere. As MIT’s Michael Schrage says, “love your ex-employees and they’ll love you back.”

Job-training to train, not retain. When I do executive coaching at Harvard Business School, all too frequently I discover that senior executives have been sent not to learn, but to be placated. It’s a last-ditch attempt to retain a high potential who already has one foot out the door.

You’ll know that companies are serious about driving corporate innovation through personal disruption when they send employees for training early on in their assignment, like I recently saw happen at an Intelligent.ly event. Or, when employees already firing on all cylinders, are clearly being groomed for additional responsibilities.

Publicly traded companies will have greater fluctuations in their stock price. Disruption from within may lead to short-term loss of productivity in order to garner long-term gains. The dips in stock price may take your breath away, but you’ll see higher value for your equity over the long-term.

When you disrupt, you move along something called an S-curve — the necessary pivots in our own career path. You move relatively slow at first, at the base of the S, until a tipping point, or the knee of the curve, is reached. You then move into hypergrowth, up the sleek, steep back of the curve. Once your learning peaks, leaping to the base of a new curve is scary. But sometimes the only way up is down. The only way to change the game is to start anew.