LinkedIn | The Road Not Taken Isn’t a Choice, It’s Crucial to Your Success. 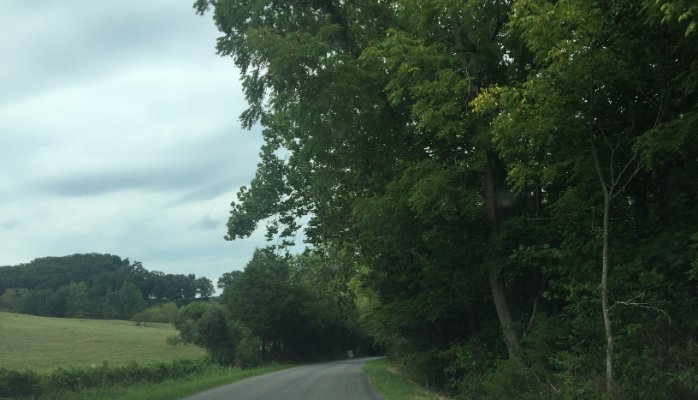 One of the key attributes ascribed to disruptors is that they play where no one else is playing. Whether you are a low-end or a new-market disruptor, you will find yourself pioneering your way to a market that has yet to be defined. As a trailblazer, even though you may have a goal or purpose, your path to that objective is yet to be marked. It is unrealistic to believe that you can get there without a detour or two; flexibility becomes an important attribute.

Disruptors are driven by discovery.

Picture yourself as an explorer, part of the Lewis and Clark expedition crossing the American West to the Pacific Ocean, starting from the safety of the known and venturing into completely unknown territory. In May of 1804 Lewis and Clark departed from the St. Louis area equipped with keelboats—large, flat freight boats used on rivers—and enough supplies (so they thought) to make the trip. Little did they realize that each new discovery would alter their course and necessitate revisions to their original plan. When the Missouri River petered out, Lewis and Clark abandoned their keelboats. When supplies ran out, they hunted or traded with Native Americans. When they required help, they found a guide and an interpreter. Each obstacle to be navigated drove their decisions for the expedition.

According to researchers Rita Gunther McGrath and Ian MacMillan, discovery-driven planning acknowledges the difference between planning for a new venture and planning for a more conventional line of business. Conventional planning operates on the premise that you can extrapolate future results from a well-understood and predictable platform of past experience. One expects predictions to be accurate because they are based on solid knowledge. In this type of planning, a venture’s deviations from the plan are a bad thing.

Most of us prefer the certainty of this kind of conventional planning. There’s likely a checklist with a list of tasks to complete, maybe even a detailed market analysis and a step-by-step blueprint to achieve your goal. If you’ve gone to high school and college and gotten good grades, you are probably pretty schooled in this type of planning. Do your homework, study for tests, participate in class, and you’ll get an A in the course.

A parallel can exist with your career. Beginning in high school, maybe even middle school, you could create a checklist for what you would need to do to become a physician, for example: get good grades in high school, major in a life science in college, go to medical school, complete a residency, and pass your boards, and you’ll become a doctor. Once you’ve checked off each box on your list, you’ve completed your goal. Under conventional planning, if you don’t become a doctor after following this plan, something is amiss.

But this kind of planning isn’t how most of us figure out what to do with our lives or even how most companies today figure out how to succeed. New York Timescolumnist David Brooks has said, “Most people don’t form a self and then lead a life. They are called by a problem, and the self is constructed gradually by their calling.” Matching problems to your strengths isn’t just about being rewarded by monetary compensation but also by the joy of following a true vocation.

Often, you discover your calling one baby step at a time.

Discovery-Driven Planning
With discovery-driven planning, you begin with the premise that little is known and much is assumed. That is not to say that you don’t have a plan: you do. It’s just a different kind of plan. Instead of declaring, “These are the results that I expect,” you ask, “What has to prove true for my plan to work?” According to McGrath and McMillan, this type of plan includes four steps:

Follow Your North Star
One of the things that the textbooks on disruption shy away from mentioning is that discovery-driven learning is often lonely and sometimes scary. Businesses and individuals that are disrupting themselves frequently find themselves with very little, if any, company. After the initial rush of excitement wore off when I left Wall Street, I occasionally felt a total loss of identity. I could no longer call people and say, “This is Whitney Johnson from Merrill Lynch.” Now, it was just “This is Whitney Johnson….” And there have been more than a few days when the p/e, or puke/excitement, ratio has been so uncomfortably high, I feel like I am on a thrill ride to zero cash flow.

The path of discovery is rarely strewn with rose petals, but the outcome is worth the struggle.

Because she couldn’t see the end from the beginning, Susan Cain struggled through years of insecurity about the kernel of an idea that became Quiet, one of the best-selling books of 2012.

Cain wanted to write about how modern Western culture misunderstands and undervalues the traits and capabilities of introverted people, leading to a waste of talent and a loss of self-esteem for the “quiet” individuals among us. Prior to writing Quiet, Cain was making a living teaching negotiation tactics to women. Her friends and colleagues questioned the topic she wanted to write about because it wasn’t something she had a specialty in, and the literary agents she queried thought it wasn’t commercial enough to sell books.

But Cain believed she had something important to share. Her father is an introverted doctor and it was clear to her that his strength as a physician is his temperament. Every day he would come home from work, have dinner, and pore over medical journals. It was the same with her grandfather, who was a rabbi. He was always reading, always thinking, and that’s what made his sermons and rabbinical thought so rich.

Cain first had the idea for Quiet in 2005. She spent a year writing a proposal. After she found Richard Pine, an agent who thought her idea was marketable, she was swept up in meeting with twelve different publishers; nine of them bid on the book. “This was the most exciting thing that had ever happened to me,” she shares.

Then came the long and tortured process of actually writing the book. She was confident she wanted to be a writer, but she had never written a book. In 2007, “I turned in an extremely crappy first draft. My editor took one look at it and said, ‘Start over, from scratch. Take all the time you need.’ I was relieved and grateful.”

Four years later, she turned in the final draft of her manuscript; the book was published in 2012. Cain has written a New York Timesbestseller, become the leader of a movement for the quiet half of the population, and is now CEO of the Quiet Revolution, because she was willing to persevere in the lonely pursuit of her disruptive idea.

If it’s scary and lonely, does it mean you shouldn’t disrupt? It may just mean you are on the right track. In fact, if you don’t disrupt when you feel you are called to do so, you’ll die inside just a little. That’s why it’s called the innovator’s dilemma. Whether you innovate or not, you risk downward mobility.

As you embark on a journey of personal disruption, you are in search of a yet-to-be-defined market. Like Lewis and Clark, you have a plan: to discover and conquer new territory. It will sometimes feel scary and lonely, and you will undoubtedly end up in places you haven’t anticipated. But your willingness to do things differently than they’ve always been done will help you successfully discover your way up the S-curve of personal disruption.

Excerpted with permission from Disrupt Yourself: Putting the Power of Disruptive Innovation to Work by Whitney Johnson (Bibliomotion, 2015)

Whitney Johnson is the leading thinker on driving innovation through personal disruption and has been named one of the top thinkers on Talent by Thinkers50.  She is a former award-winning Wall Street equity analyst and the co-founder of a boutique investment firm with Clayton Christensen. Johnson is the author ofDisrupt Yourself: Putting the Power of Disruptive Innovation to Work(Bibliomotion, 2015).