Lisa Poulson | It’s All About the Message!

Lisa Poulson (she's one of my college friends) previously wrote on Dare to dream Bette Davis (and Epictetus) were Right.  She has more than 20 years in the PR field, most recently at Burson-Marsteller where she was global leader for HP.  Previously, she launched Sun's Java technology, taking it from a lab project to an international force in software.  Lisa recently hung out her own shingle at poseycorp.com and began blogging at adviceforprgirls.com. I asked if she'd share some advice on the power of persuasion — something we certainly need as we pursue our dreams.

If you read Daniel Pink, we are all in the sales business.  Anyone who spends time moving people – that is persuading people to do or think something – is selling.  And these days with Twitter, YouTube, Tumblr, Pinterest, Instagram and good old LinkedIn and Facebook we can each build a social platform to use as we see fit, whether we’re an entrepreneur selling a new product, the president of the PTA soliciting donations for the school trip, or a devoted sports fan with an axe to grind about the NCAA.

If you draw attention and say the wrong thing you’ve squandered an opportunity.  Worse yet you might diffuse or damage your brand.  If you’re trying to build an audience, a compelling narrative does a lot of the work for you.

The building blocks of a strong messages are straightforward, even if the creation of one is as much art as it is science!  Your message needs to include:

Relevance!  Let’s look at the September 5 New York Times.  Here’s a headline: “Gut Bacteria From Thin Humans Can Slim Mice Down”.  We are drawn to this story not because it’s about bacteria in mice, but because it’s about being thin.  Everyone wants to know more about how to be thin.  If the story’s headline had been “Bacteria in Humans and Mice Share Traits” no one would click on it.

Simplicity!  Mastercard’s tag line “Priceless” is a miracle of simplicity.  With one word they convey the magic and possibility of experiences facilitated by their products.  The tagline is beautifully subjective – it means something different to everyone who hears it.  And it is endlessly extensible.  This is perfect elastic simplicity in messaging.

Credibility!  A message must be bulletproof, built on indisputable evidence – especially numbers.  Sheryl Sandberg supports her evangelism about the acute continuing need for women to advance professionally with some blisteringly effective statistics.  You can’t argue against data. 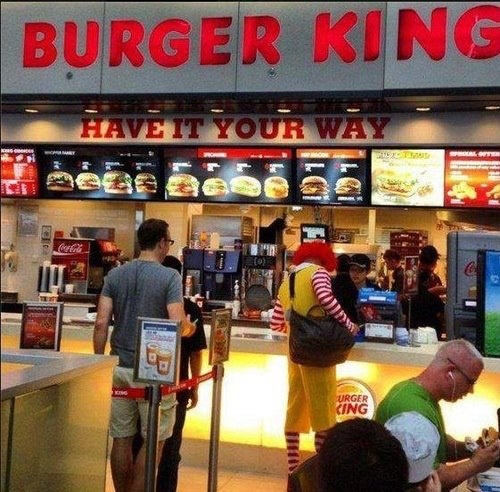 Drama!  Something unexpected or controversial adds the spice that makes a message sing.  Stu Bailey, a Silicon Valley start up Chief Technology Officer, takes on Cisco and the whole networking establishment with this piece on Wired.com.  If you’re not in the technology world, this might not seem dramatic, but this piece got over 500 hits in two days, when guest-authored by-liners on Wired.com usually get about 10.  That’s because it’s saucy.  Stu has a strong, iconoclastic point of view.  Controversy is interesting.

Soundbites and Anecdotes!  Arianna Huffington is a brilliant source of both soundbites (clever short phrases that distill your message in an attention getting way) and anecdotes. In her delightful and profound commencement speech for Smith College Arianna suggested that young women “sleep their way to the top.”  Arianna is a huge evangelist for getting enough sleep.  She got her audience’s attention with this soundbite, followed up with a powerful personal anecdote and conveyed an important point.  Brilliant messaging.

What messaging is memorable to you?  Why?

What message are you sending about your dreams?

For those of you who want to explore this topic further, you may also enjoy Kare Anderson's Craft an Attention-Grabbing Message.