I have often heard it said that “failure is not an option.” However, I have found failure to be a common companion in life. If we never learn how to embrace it and learn to make it a guide and teacher, how can we find our way to success?

My guest on the podcast today is Maren Kate Donovan, the founder and former CEO of Zirtual, a company that went from rapid growth and success to shutting down seemingly overnight. The measure of their success ended up being their downfall: rapid growth, combined with the reality of unit economics, created a firestorm where it became painfully obvious that continued operations would lead to an inability to pay employees for completed work.  Maren made the difficult decision to simply stop and pay everyone while they still could—a decision she still believes was the right call for the circumstances.

And despite it all, Maren knew that she would have to try again.

“I didn't want to be a person that was broken by things, and I just wanted to be a person that no matter what came at me, I would always get back up, and if you make that choice and kind of take that ownership, even when things happen that are completely outside of your control, it gives you more control in a weird way.”

Maren got back on her feet and is now finding her way to success through the founding of AVRA Talent. Her team partners with companies to help them fill critical roles in their staff, what they refer to as “on-demand talent acquisition,” And Maren knows that she never could have moved in this direction without her “$5 Million Dollar MBA” earned at Zirtual. 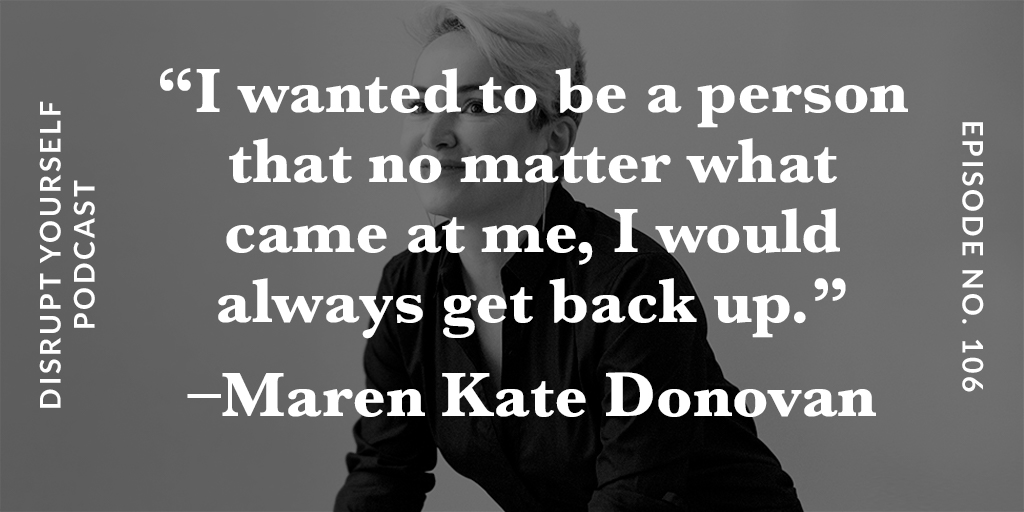 Join us as we discuss Maren’s early desire to “Escape the 9 to 5,” her crash course in Silicon Valley and the Founders Institute, and how she turned failure into perspective and, ultimately, success.

Download the podcast on iTunes, or click on the link below to listen. If you like what you hear, please leave me a comment! What have you learned from your failures? How have you turned them into successes?