Mary Alice Hatch | I Didn’t Dream of Becoming an Activist

The pain for our daughter Emily started during a Taylor Swift concert in the spring of 2010. During the very first song — “You Belong To Me” — and without any warning, Emily, then 13 years old, felt a stabbing pain below her belly-button unlike anything she had ever experienced. She grabbed her stomach and doubled over, but that didn’t help. Before the song ended, she was rushed by wheelchair to an infirmary at the Boston stadium.  “The pain was so bad I couldn’t stand up,” Emily recalled. “It was so sad because I’d been looking forward to the concert all year.”

That was the start of a medical journey, which lead us to seven specialists at the best medical institutions in the world, where Emily was subjected to several invasive tests including a colonoscopy and endoscopy, and endured countless needles and scans of her body.

After spending another several months following the protocol for IBS and pelvic floor dysfunction, without any relief, we continued to look for answers. Finally, feeling completely distraught, I contacted a pain therapist who suggested that Emily had Endometriosis. As I pursued this suggestion, I discovered Dr Laufer, Chief of GYN at Children’s Hospital Boston, who gave Emily a laparoscopy. The laparoscopy lead us to the cause of Emily’s pain, which was Stage II Endometriosis. It took us 18 months to find the right diagnosis. Endometriosis can be an aggressive disease. Many children and women, including my daughter, still suffer in pain after their laparoscopy and need to have the procedure repeated. Two and a half years later, Emily still suffers pain from Endometriosis and recently underwent her second laparoscopy to relieve her pain. 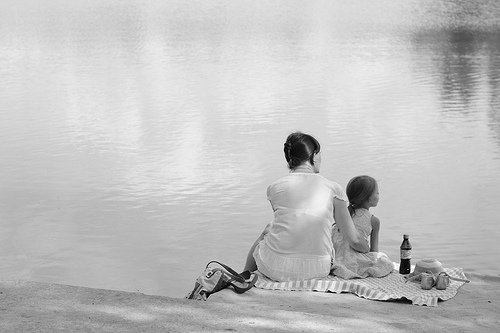 Every year millions of women and children suffer terrible menstrual cramps and are told it is all a normal part of having their period each month, which is not true. Painful periods, which result in children missing school and being in agonizing pain is not normal and is one of the main symptoms of Endometriosis. Currently 6 millions women and children have Endometriosis, but there are millions more who never get diagnosed properly.

Endometriosis is an aggressive disease, which leads to years of pain and infertility. Emily and I interviewed with NPR about this issue and our article gives a comprehensive summary of what Endometriosis is and the signs and symptoms of the disease. As pediatricians are usually the first doctors these young girls go to see, we would like them to know about this disease and to make one of their annual physical questions for all girls to be “if you have started your period, are your periods painful.” If we could get every pediatrician in America asking that question we could get millions of children diagnosed with Endometriosis early enough to save them years of pain and protect their fertility. 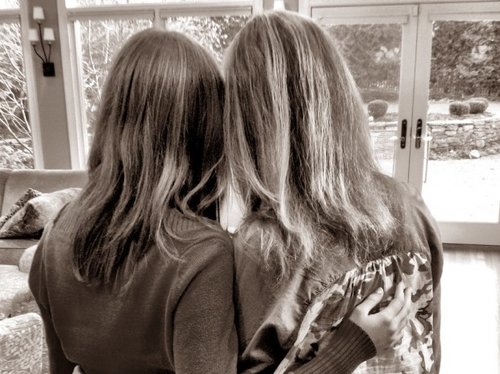 Unfortunately, Endometriosis is under-diagnosed in adolescents. In fact, it is usually not discovered until women learn that they can’t have children as a result of this disease, which has been affecting them since puberty. We are blessed to have discovered it in Emily now, so that it can be treated before she reaches adulthood.  But there is no cure for endometriosis. After watching my child endure this terrible disease and the side effects of the hormone pills used for her treatment, I have felt compelled to become an activist in this area.

To date, little attention has been focused on adolescent endometriosis either medically or financially, but I am grateful to announce that the J. Willard and Alice S. Marriott Foundation has made a $3 million leadership gift to establish the Boston Center for Endometriosis, under the direction of Dr. Marc Laufer, Chief of Gynecology at Children’s Hospital Boston.  Part of the grant is a $1.5 million match, which will double each donation made to Endometriosis research.

Our goal is to find a cure for this devastating disease and allow our daughters, who are so precious to us, to life a life free of pain and be able to enjoy the blessing of their own posterity.

***
Mary Alice Hatch is the mother of two children, lives in Boston, MA, and never intended to become an activist.  You can learn more about Mary Alice's efforts to educate pediatricians and mothers about Endometriosis on her NPR interview here and visit the website for Boston Center for Endometriosis and make a donation here.  Any amount is appreciated and will help fund important research to relieve the suffering for millions of adolescents and women, including Mary Alice's sweet daughter Emily.

***
Is there something you've taken on you, to your surprise, because of your children?