I (Whitney) connected with Melissa Ovard (bio below) via our mutual friend Laura Christopherson Redford (warm introductions are the best!).  The impetus for connecting was to get the word out about Melissa's business GirlLux (yes, I think this is a perfect product for Shark Tank), but also take a read of her very compelling personal story.

More than anything, my parents wanted to have children. They were high school sweethearts and by their early 20’s, they were married.  After four years, their dream came in a bundled pink blanket in the arms of a social worker delivered from Seoul, South Korea to Salt Lake City, UT.  I was four months old when I was adopted.

Over the next few years, my parents adopted two more children from Guatemala, and then had two natural children of their own.  I remember when my younger sister – one of the blondies – asked at the dinner table where we all came from and if it was from the same place.  She was eight years old.

My mom answered my sister’s question with a question: “What do you think?” My sister, with her eyes now curious and big, slowly looked around the dinner table. “I don’t think those three did,” she finally said and pointed to me and my two adopted siblings from Guatemala. 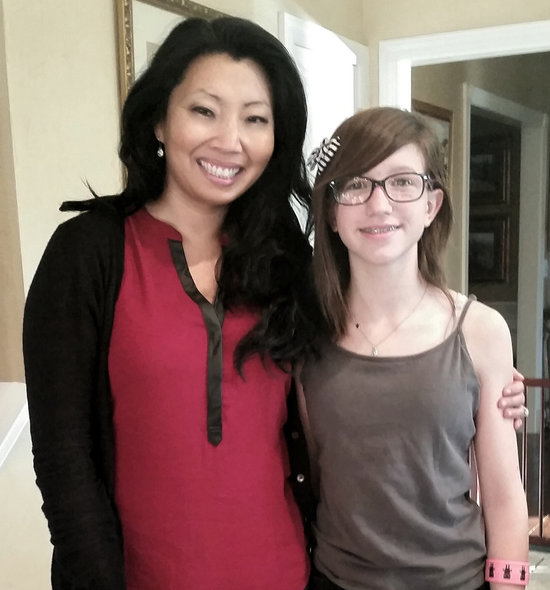 We all laughed and my parents proceeded to share our adoption stories and how we came together as a family. This was the first time my youngest sisters – both who are white and are the spitting image of my parents – realized that we all didn’t look alike.

This was the kind of household I grew up in. A home that was color blind, where it took my sister eight years to make color or race even relevant. When I say “color blind,” I do not mean you don’t see or recognize one’s color or race. I mean there is no preference that goes along with one over the other. There is no majority. There is no minority. We were first unified by being children of my parents.  The color of our skin and the country we were from was secondary. The consequence of growing up in a color blind household is that you obtain an idealistic sense of justice and a very different perspective of race. This was the foundation that was instilled in my heart as a child. I didn’t know any different until I walked out our front door and into a world that was anything but color blind.

So, my dream has been to figure out a way to cultivate and share that spirit that was in my parents’ home. This has been the catalyst and motivation for almost everything I’ve done in my adult life, both personally and professionally.  And it has manifested in a rather surprising way. 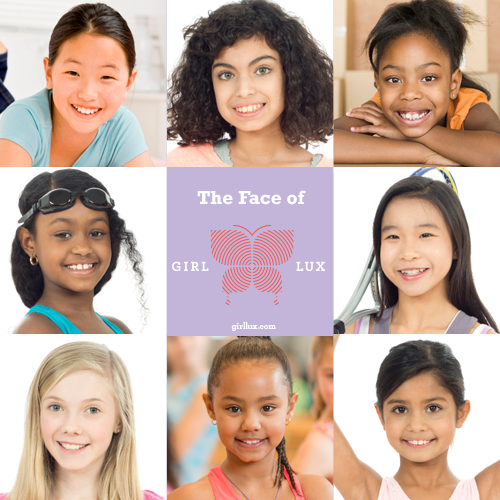 Earlier this year, I had started a new apparel company with the focus of providing products for adolescent girls going through that rite of passage of developing into a young woman.  In particular, I was wanted to re-do the training bra for young girls (see more below).  As I began laying down the foundation of this new business, I realized my end goal wasn’t just becoming another underwear and sportswear company. I wanted my dream to become more of a shared reality. I wanted girls, regardless of color or race, to have products that could truly offer support and peace of mind as they went through those often uneasy experiences that puberty brings.  To remind them, as well as myself, that what unifies us first is that we are girls and women, who have all gone through this transition.  And to celebrate our differences and diversity. Just like we did at home.

Coming up with the idea for the Pocket Pantie:
A dear friend of mine that I knew from my NYC days gave me the idea of the Pocket Pantie.  I was talking with her about this company I had started and my idea with redoing the training bra.  She said, “figure out something to do with the panty!  Like could you put a pocket in it or something to hold a maxi pad?”  So the next day I went to my Korean dry cleaner lady here in my neighborhood and brought three pairs of panties in girl sizes, some extra fabric, and a box of wrapped Kotex panty liners.  I asked her to somehow make a pocket that the pads would fit in and asked her to place the pocket on the front of the panty, on the side and on the right inside back.  She thought I was crazy but she said she would figure out how to do it and to come back in a week to pick them up.  After I got them back (and they looked really bad) I sent them to two of my product testers in Newtown, CT who were age 9 and 11 to try on the panties and let me know if the pocket and what was inside them bothered them at all.  They told me that they couldn't fill the pockets at all and you couldn't feel or see the pad through their clothes, but that they preferred the pocket in the back.

With this information in hand, I went down to Medellin Colombia and asked every manufacturer I met with if they could somehow figure out how to put an inside pocket in the back that would fit a maxi pad (which I would then pull out of my handbag!) The first few manufacturers said they couldn't do it.  But the third manufacturer seemed to get it and one of the women came out with this huge pair of women's panties and turned them inside out.  There they were – two gigantic inside pockets for booty pads!   I said, “yep that's exactly what I want.  Just take out the left pocket and make the right pocket small enough to fit this maxi pad.”  They put together some samples for me and within a month I had sent them out to my product testers.  The manufacturer in Colombia that is doing the cut and sew brief is a woman owned business that has been around for 25 years and has three generations of women working there.  They LOVE that they are helping young girls here in the U.S. going through puberty.

Melissa Ovard, founder of Girl Lux, was born in Seoul, South Korea and adopted by an American family from Morgan, Utah when she was four months old.  She holds a BA in English and a minor in Modern Chinese History.  When she was 21, Melissa worked as a missionary in South Korea and was able to learn Korean language and gain an appreciation and love for her homeland.  Melissa started her career in New York City in communications and technical writing.  For the last eight years, she has worked in business development for federal contractors partnering with government agencies including U.S. Agency of International Development and the U.S. Department of Labor's Job Corps program for at-risk youth. Melissa resides in Washington DC with the love of her life and partner, Latif, and her neurotic cat Shelly.