While growing up in a small farm town in Maine, Melissa Smith had the opportunity to try lots of different things. She drove the flatbed to collect hay on the family farm, was captain of the math team, captain of the cheerleading squad and played on the soccer team. But when it came time to start talking about what she wanted to be when she grew up, Melissa had set her sights on something slightly different than the other girls in town.

Melissa wanted to be the CEO of Gillette.

It was one of the few big businesses near her home, and though she had the opportunity to try a lot of new things growing up, there wasn't a great deal of exposure to what life was like outside her small town. But because Melissa's mother worked in the business world, Melissa knew she wanted to work. She wanted to do something in business.

“My mother was different than other mothers growing up, and I remember being embarrassed because she would show up to my games in a suit when all the other mothers were in jeans. You know, it was interesting, but it was never a question in my mind of whether I was going to go to college. It was never a question in my mind whether I was going to work, because that, not only did my mother do that, my grandmother did that. You know, it, it's, I've got this long history of, of strong women in my life, and that's what I've seen.”

Melissa went on to college and shifted to public accounting at the recommendation of an influential professor. A few years into her career, she made a pivot and started as a senior financial analyst for WEX – largely because of the commitment and sheer doggedness of the former CEO. He believed in her, knew she could make an impact, and went out of his way make people feel connected. A lesson that Melissa carries to this day. 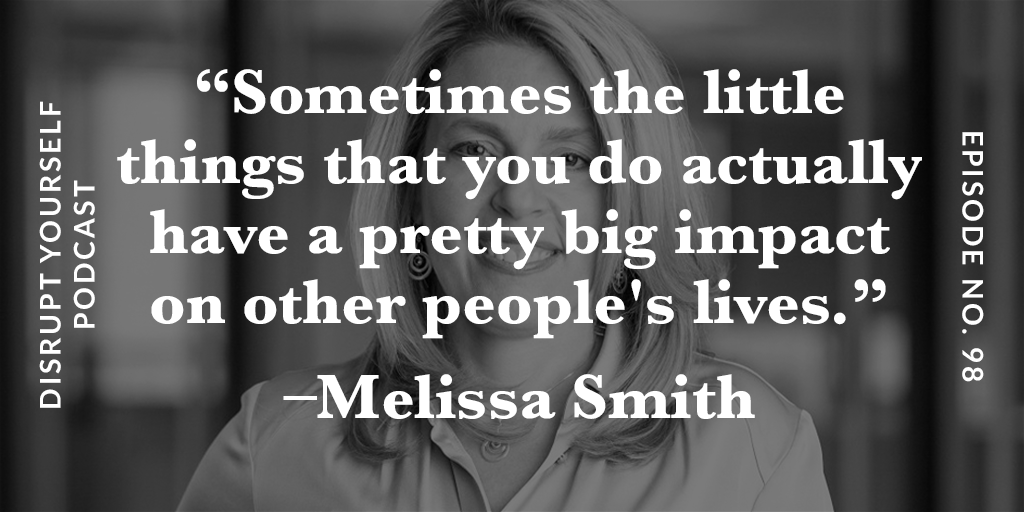 Now as the CEO of WEX, and a wife and mother to three children – giving birth to twins while CEO – she continues to model the things that matter to her – especially in her commitment to team building and creating an environment where her team members can share their perspectives.

“I intentionally have very different backgrounds. I believe in diversity of thought, and I believe very strongly in diversity of backgrounds.  I  am incredibly open to people giving me their perspective, which is different than I agree with everything someone's going to say. I reserve the right to disagree, and I do have the right to make a different decision, but I am incredibly open to that um, to feedback, and, and differences of thought.”

I hope you enjoy this conversation and can think through ways to model what matters to those in your work and personal circles.