Motivation Grid | Upping the Odds: How to Make Hard-Working and Smart Be Enough 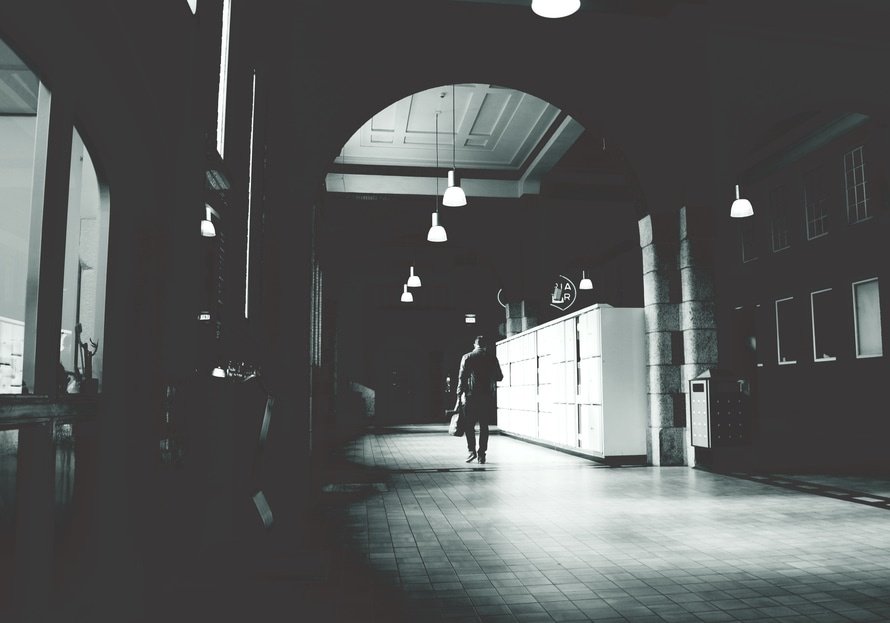 Bestselling author Augusten Burroughs wanted to be an actor as a child, and was confident he would be “one of the greatest actors of the day, possibly the greatest.” When he finally saw himself on videotape, “it was a stunning revelation. My knowledge that I was giving an incredible performance in no way aligned with what I saw. I sucked worse than anything has ever sucked in the history of suckage.” Eventually he made his way toward writing. Because he writes well, Burroughs was able to accomplish what he’d hoped to do as an actor: connect with people. He explains, “When I chose writing over acting, I didn’t give up on a dream, I gave up on my choice of vehicle used to deliver the dream. Dreams are not like spleens, there’s not just one per person.”

This story illustrates an important truth: doing the hard work, showing up to the fight, are necessary conditions for success, but not sufficient ones. Even when giving our all, failure is an option. Statistically, it’s not just possible, but probable. Not what we want to hear, but reality.

Let’s face it: the road we have to travel to successfully achieve our dreams is strewn with landmines of opposition, circumstances often beyond our control. Try though we might, we may not be able to sidestep all of them.

Being willing and hard-working, devising and executing a smart strategy, however, does arm us with real advantages. Here are some techniques that can be employed to up the odds that you will achieve what you set out to accomplish.

UPPING THE ODDS: HOW TO MAKE HARD-WORKING AND SMART BE ENOUGH

FIRST, VENTURING FORTH ALWAYS INVOLVES A DEGREE OF RISK.

Time spent pinpointing the right risks to take—and those to avoid—is time well spent.  Carelessness at this stage can sink your endeavor before you’ve well begun. Competitive risk, going head-to-head against the competition in a potentially lucrative endeavor, is the risk most often assumed, but the data demonstrate that choosing market risk instead is more likely to yield the biggest return on resources invested. Market risk requires pursuing a ‘road less traveled;’ playing where others are not, rather than jockeying for a profitable position in a crowded field. I love this example from the ranks of junior entrepreneurs:

A few years ago, a friend’s eleven year old triplets set up a lemonade stand—not in front of their home, but at the high school football field, after practice. They didn’t know for sure that there would be demand (a market) for lemonade there, but if there was, they were the only supplier. No competition. Their innovative thinking paid off; they earned $75.00 in about twenty minutes. You could sell lemonade all day, but if you’re in front of a grocery store you probably won’t see the results you’re hoping—and working—for.

SECOND, PLAY TO YOUR DISTINCTIVE STRENGTHS.

You will never make money playing tennis against Serena Williams (competitive risk), no matter how much money there is to be won. There might, however, be a big payday going against Serena in something you do well that she does not. We like to employ the skills we are most proud of, which are often the ones we’ve worked hardest to acquire. These are not necessarily our greatest strengths, the natural advantages we sometimes call ‘gifts.’ You can practice tennis all day, every day, and your effort might be a great source of personal pride; you are never going to be—or beat—Serena Williams. You just aren’t, though you will certainly play tennis better than many. Hard work does not always equal success. Maximize your chances by picking your own ‘game,’ the one you play well. Acknowledge your giftedness, and put it to work to your advantage

THIRD, ADDRESS THE ISSUE OF THE LEARNING CURVE, AND EMBRACE THE NEED TO LEARN NEW THINGS.

One of the curses of being a high achiever is the temptation to always reinforce that perception. This fear of failure makes us hesitant to try unfamiliar things that we may not be initially adept at and it is a hindrance to stepping into new adventures that demand we master new competencies. If you’re working hard while simultaneously avoiding the effort of ongoing education, formal or otherwise, you are sabotaging yourself. Stagnation is the enemy of success. Resist the lure of the comfort zone. Brain science tells us we enjoy the feel good effects of dopamine when we are learning something new. It feels better than always sticking to the tried and true, and increases the odds that we will have a truly innovative breakthrough.

Hard is hard, and that’s okay. Personal satisfaction as well as more tangible evidence of accomplishment is derived from meeting challenge head on, even when we don’t always prevail. But it is important to evaluate whether you are just encountering the expected difficulties, or if you are feeling thwarted and frustrated most of the time. Constant and perpetual frustration can be an indicator that we are pursuing the wrong goal. And it can have adverse effects on physical and mental well-being. The work of Gregory Miller and Carsten Wrosch, associate professors of psychology, demonstrates that continuing to pursue the wrong goals can increase levels of the inflammatory molecule C-reactive protein, which is linked to health problems such as heart disease, diabetes, and early aging in adults. If you are at risk, reevaluate.

Statistically, 64% of the time, no matter our level of effort, it still won’t work. Part of ultimate success involves knowing when to quit, interrupting the ongoing investment of resources—particularly the finite human resources of time and energy—and diverting them to a more promising endeavor. As marketing guru Seth Godin succinctly claims, “Winners quit all the time. They just quit the right stuff at the right time.” Humans have always figured things out through the process of elimination—learning what works by experimenting with what turns out not to. The missteps of the present contribute to the giant leaps of the future.

On the other hand, Steve Jobs believed that half of what separates successful entrepreneurs from unsuccessful ones is perseverance. This is a hugely important ingredient added to the basic recipe of hard work and clear thinking, but it does not mean endlessly trying to pound square pegs into round holes. There is no failure in trying something new, only in giving up altogether. Perseverance, adaptability, resilience, and resourcefulness help us prevail when hard work alone is not enough.

One of my favorite bits of data comes from The Sports Performance Research Institute New Zealand (SPRINZ). They’ve studied competitive surfers and determined that typically 8% of their time is spent riding waves, 54% paddling and 28% waiting. No one would suggest that the paddling, waiting and inevitable wipe-outs aren’t integral to the ultimate success.

The good news is if you show up—working hard and smart—you can’t not succeed. Even when the outcome is different than you’d hoped. Achievement can be measured by what you’ve learned. You’re better prepared to triumph on a different path than you first imagined—like almost all great achievers who’ve come before.