Nate & Vanessa Quigley: Something to Hold Onto

Today is a minor disruption of our “Disrupt Yourself” formula—instead of one fascinating guest, we have two!

We are pleased to welcome Nate and Vanessa Quigley, the husband and wife team behind Chatbooks, a revolutionary method of printing photo books that focuses on helping families quickly (and economically) tell their story. In the past four years, Chatbooks has grown from a small start-up to a company that employs over 140 people and has sold over 5,000,000 books worldwide.

Chatbooks is not the Quigley’s first entrepreneurial venture; in fact, it’s not even the first photo-centric business that Nate has developed. Twenty years ago Nate pitched the idea to Vanessa that they should produce a scrapbooking supply catalog. Vanessa, an avid scrap booker, was enthusiastic about the idea, but the reality of starting a business was too cost prohibitive at the time.

“I really did not care at all about the idea of printing anything out of Just Family, in spite of the fact that at this point probably hundreds of users had asked us if they could print the things they were putting into Just Family. I kind of thought they were just sort of behind the times, and they were going to eventually realize that print was dead and print was over. I also hated Instagram with a burning passion…but I was totally wrong on both points.”

It took a moment of clarity from Vanessa for everything to fall into place. One night she came upon their youngest son crying in bed, looking at a photo book made for him by his preschool teacher and lamenting the fact that he didn’t want to grow up.

“He’d been looking at these, you know, six or seven photos in this little album, and was reminiscing, and I realized that I was failing him, because he had five years of a very wonderful, rich life, but nothing to hold onto, and to look back on…I knew I wasn’t ever going to have the time to sit down and scrapbook like I had done years ago. Nate for years had been building [Just Family]…but it was missing the part that I cared about, and that was the physical thing to hold onto.”

Vanessa came downstairs with what Nate describes as a “zeal in her eyes,” and the basic idea behind Chatbooks was born.

As with most business stories, timing is everything, and both Nate and Vanessa admit that this idea came at the right place and time, but in order for it to work their entire lives had to be disrupted. Vanessa had never participated in any of Nate’s startups before, and initially she had very little interest in being involved with the day-to-day operations. Nate gradually convinced her that her input was valuable to the five-person team of programmers working on the project, and Vanessa soon realized that she was the best person to tackle PR and help craft the story around their company. 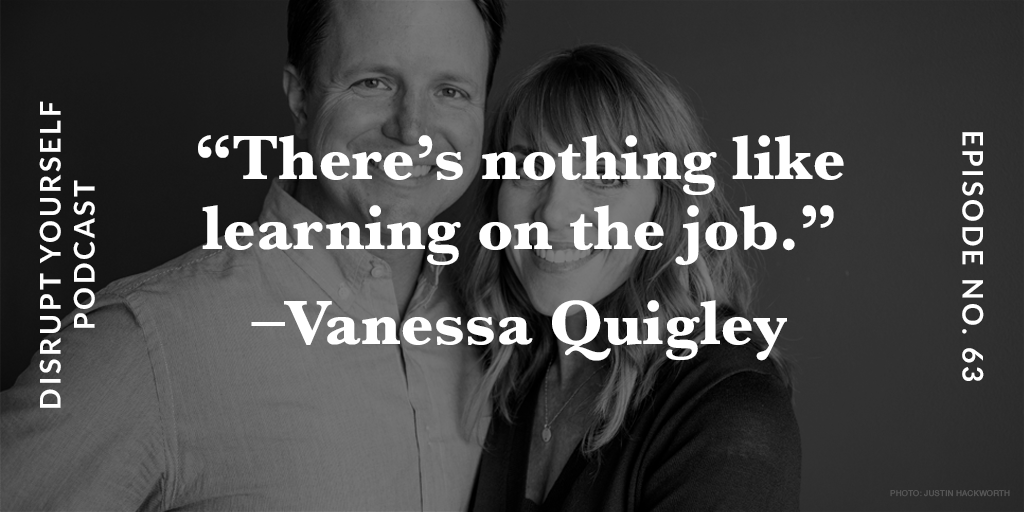 From Googling PR tricks to celebrating ChatFest, the Quigley’s work together (surprisingly well!) and have made this venture a truly family-oriented business.

Listen to their story on iTunes or in the player below, and if you like what you hear, consider leaving a review.

And for our American listeners, Happy Fourth of July!