“I mean, I really do think that love is the best thing in the world, except for cough drops. But I also have to say, for the umpty-umpth time, that life isn’t fair.” William Goldman, The Princess Bride

And it’s unfair in sometimes predictable patterns, but not always. There are many singular, situational incidents of injustice. But if you’re a person of color, a woman, not straight, born in poverty, etc., you will encounter some familiar forms of unfairness sooner or later.

Angela grew up playing ice hockey; it was a male-dominated sport, as most sports were. She, her sister, and her brother all played for a while, but eventually, Angela was the only girl playing the sport in her state. When she was nine, she tried out for an all-star team that was heading for competition in Canada. Her brother made the team, but she didn’t. She was good enough. But she was a girl.

Her father coached her, not in ice hockey per se, but in turning this episode of unfairness into an opportunity. He was blunt: life isn’t fair. You’re going to have to work harder than your male peers, and you have to be the best, so it’s impossible for anyone to overlook you. Every time you get on the ice, he taught her, imagine that some random parent or fan in the stands is a scout looking for top talent. You can’t ever coast; you always have to perform at your best.

In the fullness of time, Angela won four Olympic medals as a member of the U.S. Women’s National Ice Hockey team. She’s a Hall of Famer in her sport. From there, she transitioned to being a member of the International Olympic Committee, a strategist for Los Angeles’s successful bid for the 2028 Olympics, and today she is the co-founder and CEO of the Sports Innovation Lab.

What if Angela had made the all-star team at age nine?

She shared this story with me when I asked her about a formative experience before age 21. It leaves me wondering how her life might have formed without this early encounter with the unfairness of the world. Would she have trained as hard or been as determined? Would she have made the same sacrifices if participating in the sport she loved had been easier from the beginning? Is it possible she might never have been an Olympian if she hadn’t had hurdles that forced her to leap?

One of the accelerants of personal disruption is Embrace Constraints. Constraints force us to think outside the box, be creative, and innovate. They force us to work harder and develop resourcefulness. We’re resourceful not when we enjoy abundance but when we have to cope with inadequacy. When external resources are constrained, we are more likely to develop internal ones.

Injustice is a pretty common constraint. In last week’s newsletter, we talked about emotional health. Challenges to emotional well-being are also frequent constraints familiar to many. Embracing these constraints, and the others we encounter, both routine and exotic, helps us be the authors of our own narrative. We don’t have to be defined by that which limits us; we can find ways out of the locked room.

I’m not advocating for injustice. But when we are constrained by injustice and have no immediate remedy, it’s worthwhile to try to turn it to our advantage.

Angela is my guest on the Disrupt Yourself podcast this week. I hope you’ll tune in for our lively conversation on her fascinating journey from child athlete to Olympic champion to business maven and how she has resourcefully turned her constraints into tools of creation to live her dreams. 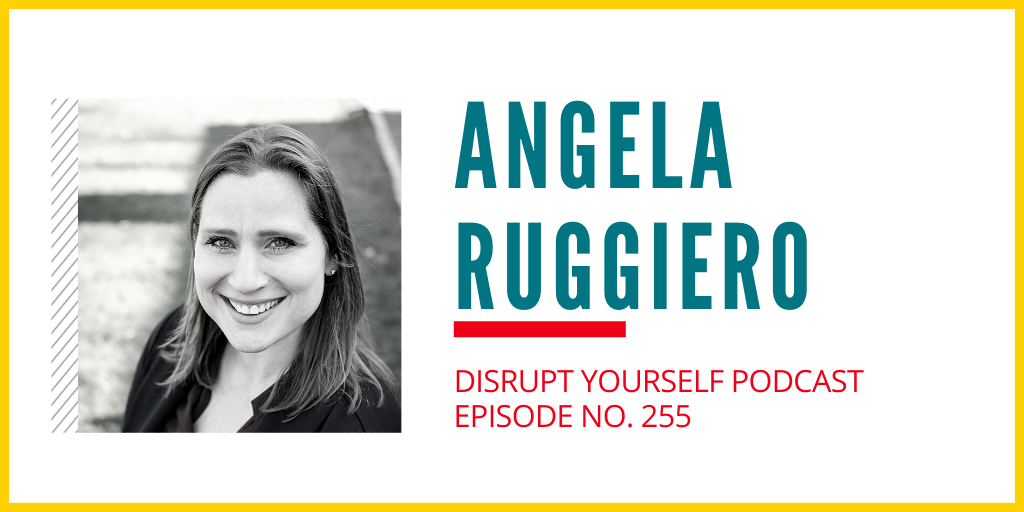 What constraints do you face in 2022? How can you turn these constraints into tools of creation?

Don’t quit because you are constrained. Create opportunity instead.

As always, thank you for being here.