Value in the Shadow

Over the weekend, Lauren Malone, a friend I met through the Relief Society, came to our house and organized our kitchen.

I can't stop looking at the cupboards.

We have the cabinet doors off right now, and I don't want to put them back on. What she has done is a thing of beauty.

You may think that this newsletter is in praise of being organized – organization is a good thing – but when Lauren was in our home, we started talking about me leaving a review on Google about her work. I said I was happy to (as you know, I have been asking many of you a similar question: to please write a review of Smart Growth on Amazon).

Lauren said something that got my gears grinding. Some people don't want to write reviews of her work because they don't want people to know that they hired someone to come in and organize their home.

On the one hand, I don't get that; on the other hand, I completely do.

Identity is a powerful thing.

An organized kitchen is exceptionally nice, but my sense of self does not rely on having that amenity. It doesn’t rest on whether other people think it’s organized or think I organized it. I've often said that I am a minus two on a 0-10 scale of spatial intelligence. Lauren has a gift; the kitchen is not just functionally organized; it’s beautiful too. I’m not embarrassed that it isn’t my gift to create that.

But it did get me thinking about the parts of my life that I might not want to leave a review on, either because I think my identity should include a particular gift or because others maybe think it should.

This is one of those places where my shadow values lurk.

Maybe I don’t want to be thought lazy, undomestic, or disinterested in making jam. Perhaps I don’t want friends to think it’s not really a gift from me.

I want to recognize the good work that others are doing. I want to give credit where it’s due, but sometimes I’m embarrassed to reveal that I’m not good at something and/or don’t want to do it. So, I withhold praise. Because of the value of self-protection in the shadows—I believe in praising people unless it might mean that who I think you think I am, is in jeopardy.

But there’s not just a shadow value; there’s value in that shadow.

Because hidden there is also an opportunity to learn and grow.

In Smart Growth, I talk about performing an audit of our adult selves, introspecting and investigating to see which values we hold are really steering our ship. We can peek into the gaps between what we say we aspire to do and what we actually do and try to discern what task our shadow value(s) is performing for us. If it’s no longer useful to us or never was, it’s time to do the work to discard it.

Once you understand why you don’t offer praise, you’ve discovered an opportunity to grow.

Our podcast guest this week is Matthew Swaney. When I interviewed James Altucher, he suggested that we do a call for stories. So we did, and Matt Swaney volunteered. 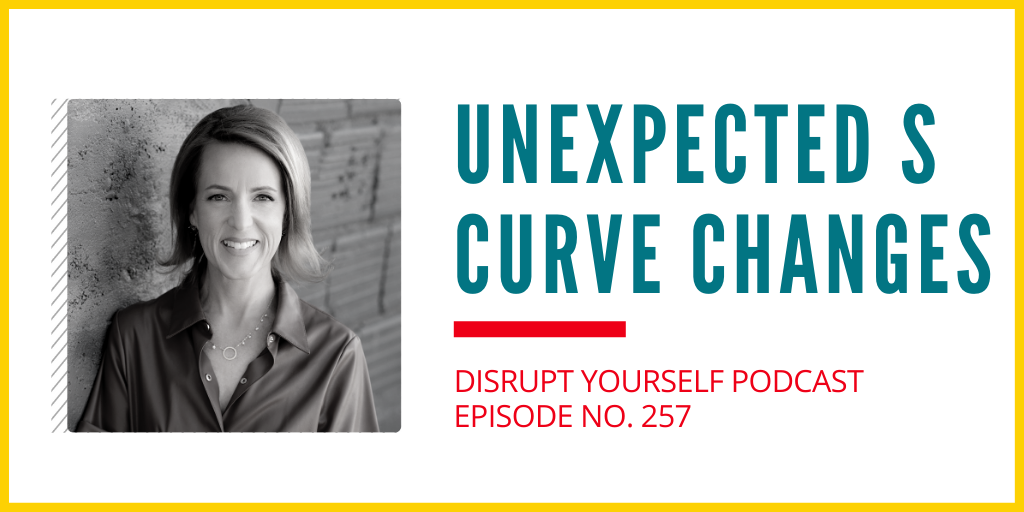 He’s a career airline pilot, but after 35 years in the air, COVID grounded him. As travel patterns shifted, he was let go. Re-inventing yourself early in your career is one thing. But Swaney built a lifetime of experience around flying, only to have it taken away so close to retirement. As he approaches his 60th birthday, he finds himself looking to jump to a completely unknown S Curve. This unintended disruption is all too common, and I found it valuable to chat with Matthew about his next move. I hope you will too.

P.S. Tomorrow, Thursday, February 24, 9am Eastern, our LinkedIn Live is with Tom Douglas, CEO of JMark. Then from 9:30-10am Eastern, I’ll do a live Q&A. Follow me on LinkedIn to get notifications.