We are a Brandon Sanderson household; true fans.

For those who might be unfamiliar, Sanderson is the best-selling author of numerous exceptional epic novels of fantasy and science fiction.

My newest book, Smart Growth, opens with a quote from Sanderson’s work.

We've read his Mistborn Series, The Stormlight Archive Series, and The Emperor's Soul.

When Sanderson announced a Kickstarter campaign to fund the publication of some new books, our daughter, who refers to him as BranSan, quickly signed us up.

A little backstory: like many people, Sanderson seems to have used the pandemic as an opportunity to reevaluate certain aspects of his life and career. Isolation may not have posed the same problems for him as it did for many of us; writers tend to work in solitude anyway. He was productive, authoring four new stand-alone novels in the past couple of years. But he decided to shift gears on the business side of his career; despite a highly successful track record of traditional publishing, he now wants to tackle that project himself. Hence the Kickstarter; self-publishing and distributing books is not cheap, nor for the faint of heart.

Sanderson’s campaign had a stated goal of raising $1 million by the end of March. No one, including the author himself, seems to have anticipated that the Kickstarter would blow up overnight, raising over $10 million in less than 24 hours. At this point, it is north of 25 million in U.S. dollars.

Controversy often follows in the wake of disruption. And Sanderson’s move is stirring some controversy. Some of this is sour grapes; when a new idea is instantly successful, there are always those who wish they had thought of it first. To some degree, controversy is why the launch point of a new S Curve represents a period of slow adoption of an innovative idea or product. Controversial debate of the merits of the new method is part of that slow process. But Sanderson has built up a fan base over nearly two decades, and he can disintermediate. It's the most-funded Kickstarter campaign of all time.

Sanderson has tapped into the power of the book as a souvenir, an aspirational ideal as described here. Just a taste of this idea: “The book isn’t the product. The idea, the aura, the movement, the group: that is what people are buying.”

The naysayers notwithstanding, this campaign is a reminder that we are willing to support people who tell stories that we love, spark our imagination, and take us places beyond our own narrow experience. His stories help describe the ineffable, the epic, the heroic—all that we long to be.

More authors will choose to try the Kickstarter option, and there will be other successes. And as one article explains, Sanderson is now in the book publishing business. That’s different than the writing business and a challenge many authors won't want to tackle. I watch the non-fiction space because that's where I play. Brené Brown, Adam Grant, Simon Sinek, Dan Pink, Oprah—I can see some of them giving this a whirl. It will be fun to watch how much change Sanderson’s disruption creates. 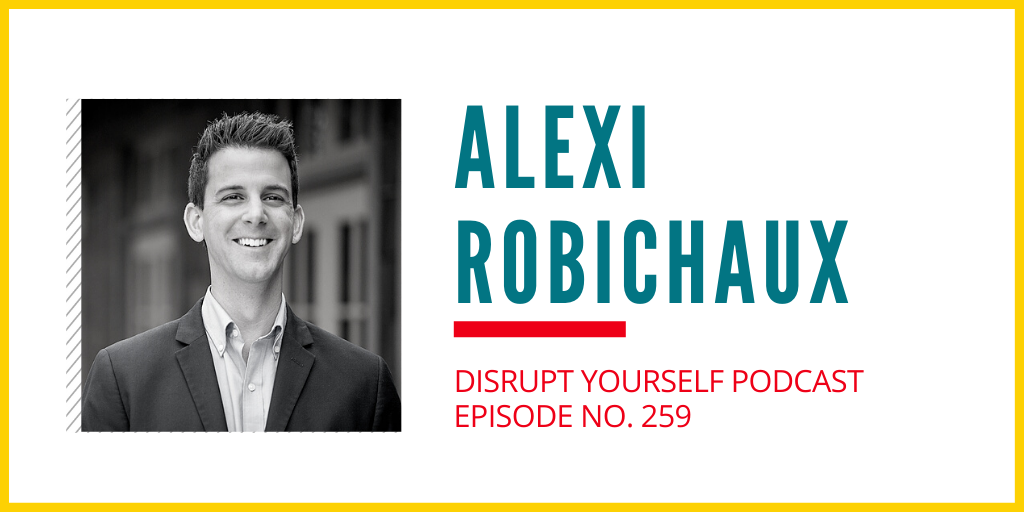 Robichaux discovered it started with him. He solved a problem for himself that became a business, solving for millions the world over.

P.S. Just as we are willing to support the art we care about, we support other causes that matter to us. I encourage you to re-read last week's newsletter and think about what you can do to support people in Ukraine, Russia, and the surrounding countries––those whose lives are being disrupted by war.