A few months ago, someone reached out to me to blurb their upcoming book.

I was hoping to endorse the book. But ultimately, I declined because, though well-argued and persuasive, underrepresented groups were, well, underrepresented, from the book’s stories to its quotes to the citations of sources. I have felt obliged to decline to endorse books based on this lack on other occasions, too.

I understand why this happens; we are in the habit of attributing less credibility to underrepresented groups than we do to the traditionally well-represented ones. When we are trying to bolster our argument, we want to be credible. We go to the “authorities”, who are historically overwhelmingly white and male.

“Snow melts first from the edges.”

This is something I've read from Rita McGrath, one of the world's foremost thinkers on innovation, in her book Seeing Around Corners. She was building on something that famed Intel founder Andy Grove said, “When spring comes, snow melts first at the periphery because that is where it is most exposed.”

But I think there's another way to think about this. Not limiting it to when change comes but expanding the metaphor to encompass how we can effect change proactively.

When we think about this relative to inclusion, respecting people equally, regardless of visible differences or invisible variations in background, we are thinking about melting the iceberg of exclusion. It can start with something as simple (but not easy) as thinking about the snow—is there something we can do at the edges?

It's a challenge we talked about in a recent podcast episode with Kim Scott and Trier Bryant, as well as the challenge of doing our best not to shame anyone.

In the case of the book endorsement, my “at the edges” effort was to say, “I'm hoping the book can be made more inclusive, and then I would love to participate.”

What if you and I, whenever we call a meeting, write a memo, pull together a social gathering, or deliver a presentation, look for opportunities to ensure that those who are too often overlooked for representation are not overlooked by us.

Jeff and Jami Downs, along with others, have produced a growing body of literature on starting small. Setting goals that are reasonably achievable and not paralyzing ourselves by biting off more than we can chew all at once. Or, as Carol Kauffman, Harvard faculty and one of the world’s preeminent coaches, often asks, “What would 5% better look like?” Because not being able to fix everything doesn’t mean we shouldn’t try to fix something or start the fix, even if it’s just precipitating a thaw at the periphery of the problem.

What's one small thing you can do now to quit freezing out those who are currently excluded from your interactions with others?

This week's podcast guest is Patrick McGinnis, who coined the acronyms FOMO and FOBO. 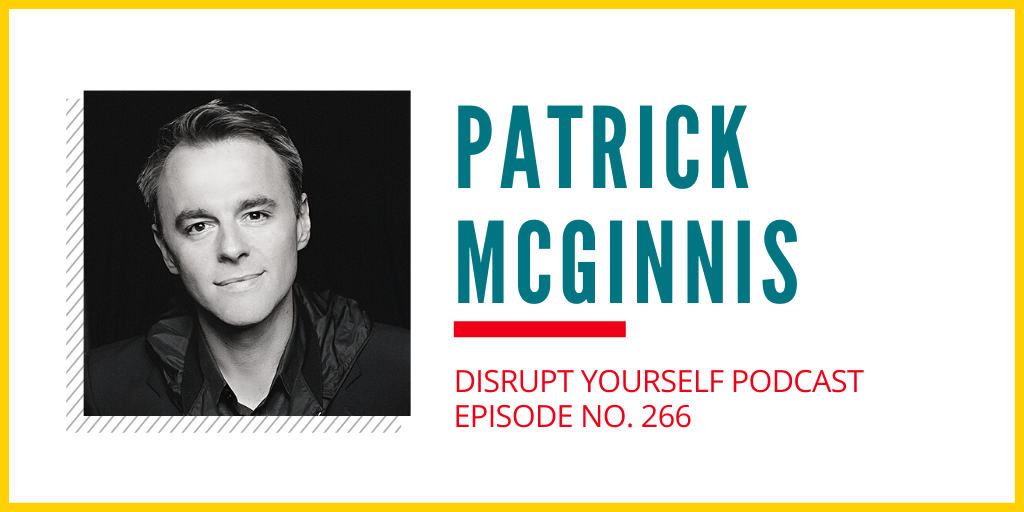 You probably know that FOMO is the “Fear of Missing Out,” a term that’s used everywhere. But less well known is FOBO, the “Fear of Better Options.” It’s a kind of decision paralysis that we all face personally and professionally, and it can be hugely detrimental when we are contemplating a new S Curve. We evaluate options endlessly, but we never actually move. Patrick and I had a lot to talk about, including how we can use FOMO to our advantage. Don’t miss it!

As always, thank you for being here!

P.S. Last year, I interviewed Kelly and Robert Pascuzzi regarding their film The Ravine, which has now won multiple film festival awards, including the 2021 Best Picture Los Angeles Film Awards. I've already pre-ordered this amazing film! I encourage you to do the same today through Apple TV or Amazon Prime. It stars Eric Dane, Teri Polo, and Peter Facinelli. Inspired by a true-life story of tragedy, the film provides a wonderful message of hope!