A City Within a City

“A community is like a ship; everyone ought to be prepared to take the helm.” – Henrik Ibsen

Our family spent a couple of days in Stockholm this past weekend.

My husband's ancestors are from Sweden, and from age nineteen to twenty-one, he spent two years as a missionary there. He hadn't been back in the intervening years, and since we were going to be in Denmark, we decided to hop to Sweden while we were in the neighborhood.

Our 21-year-old daughter, Miranda, assumed responsibility for securing our hotel.

When you delegate, you get some surprises.

Here were her criteria:

The accommodation must have a four-star rating or better.
It needed to be close to public transportation.
It had to have a reputation for a delicious breakfast.

And despite these pretty high standards, we wanted something inexpensive.

That put us in a town known as Kista (pronounced She-sta), referred to as Science City –– a technology park outside of Stockholm proper. It’s home to companies like Ericsson.

We were there on Friday afternoon / Saturday morning, so it was relatively quiet. Until we were on our way back from Gamla Stan, old town Stockholm, which is stunning, and all that you would hope for in a European City (including the Swedes soaking up the sun in t-shirts when the temperature is only 50 degrees. I, less hardy than these Scandinavians, was wearing a sweatshirt and a coat).

All of that wonderful atmosphere was what we had anticipated and even expected. What we hadn’t expected was that when we emerged from the subway on our return to Kista, we would discover, in what appeared to be a sleepy Science City on a Saturday afternoon, a bustling town square with people mingling from all over the world, especially people from Turkey, Pakistan, Africa, India, Egypt.

It may be because winter is so long in Sweden, and people have not gotten out much until recently. But in the Kista Galleria, where they sell clothing, have grocery stores, barbers and beauticians, the metro, and a food court, the Turkish restaurant was fifty people deep on Saturday evening. It was like a city within a city, both international and intimate. People were there chatting and conversing with one another.

We felt a sense of community, optimism, and collegiality in the town square.

It made me think of my own community; I love where I live, but it’s not the town per se that creates the community. It’s people who interact openly with each other, and with trust, despite their differences. It is something that we may feel we’ve lost during the past years of isolation and divisiveness.

So, it’s worth taking stock: Where does your community gather?

Sometimes, as I’ve mentioned before, it’s a library or bookstore.

Where is that place for you? And coming out of the pandemic, will we focus more on finding those places, creating, and contributing to them? Are we prepared, in some way, to take the helm of our city within a city, and help rebuild our community?

Our guest on this week's podcast is Susan Cain, NY Times bestselling author of Quiet, and now Bittersweet. 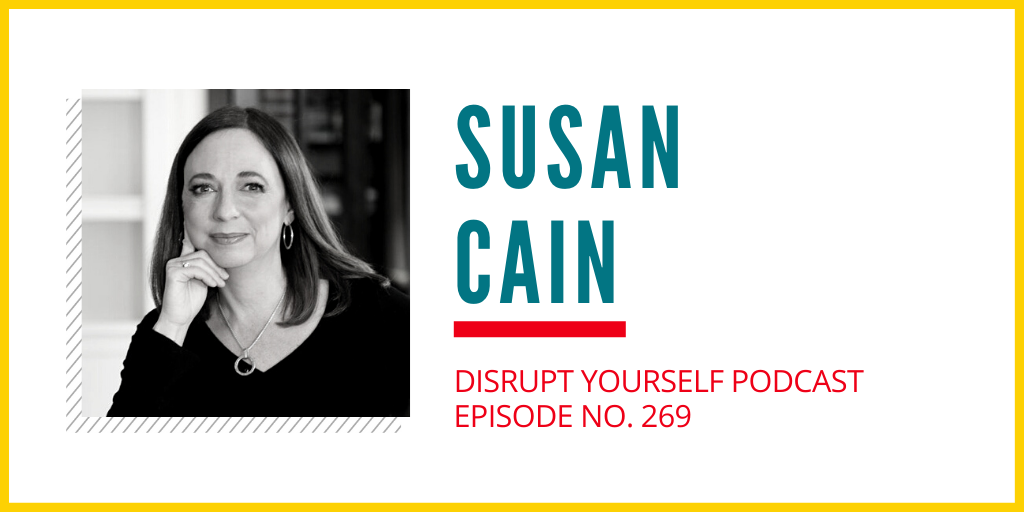 She was part of the inspiration behind Miranda and me attending the Jacob Collier concert (see my newsletter from two weeks ago); we definitely felt a sense of community at the concert. I invited Susan on LinkedIn Live – she is so interesting, wise, and charming, and I wanted you to hear from her.