“When the soul wishes to experience something, he throws an image of the experience out before him and enters into his own image.”    Meister Eckhart, 13th-century theologian

Last week, I was in California to produce a new LinkedIn course.

As part of the process, we did a little “day in the life of,” filming behind the scenes, where we were going, and what was happening, including a series of Instagram stories.

But in some ways, it was fitting because a willingness to do something like this started two years ago with doing a weekly LinkedIn Live. I needed to be looser, informal, smile more, and have more fun. In a public forum, at least, this isn’t my baseline comfort zone.

Also, because I knew I was being filmed, I was more aware of how I was behaving. There was built-in accountability and an elevated inclination to mind my manners. Not to mention a willingness to do more things and try different things, because what would it look like on film if I did nothing? The whole experience made me think of how Boeing, under the leadership of Alan Mulally, opened the doors to film the making of the Boeing 777. On a smaller scale, of course.

There’s an inherent risk in living out loud like this, but it is not actually our life; it’s an image of ourselves made up for the moment. We all do this to a certain extent. But as we imagine who we want to be and what we want to be doing, we can act on the image we visualize to help close the gap between who we are and the ideal we see for ourselves. It can be very powerful. As the saying goes, “If you can see it, you can be it.”

Coincidentally, we did a special episode of the podcast this week with Klailea Bennett, a popular YouTuber and Instagrammer (and student at Southern Virginia University). She has been living her life out loud for nearly all her teenage years. (Note: Not only do we have the podcast interview but also clips from her YouTube and Instagram). During the interview, Klailea shared that she thinks about how she wants to show up in the world, which is positive. So, she studies what that looks like with other Influencers.

She then focuses on the positive in her videos which helps her become who she aspires to be.

We talk about this in Smart Growth, how to prime your brain and teach it to filter for who and what you want to be. Listen to our podcast episode with British neuroscientist Tara Swart for a concise refresher.

How might you live out loud so that you can be more accountable to yourself and more quickly become who and what you want to be?

This week’s podcast is with Bobbi Rebell, author of Launching Financial Grownups. She's written and spoken extensively about the financial relationship between parents and children, which — at its core — is based on love. 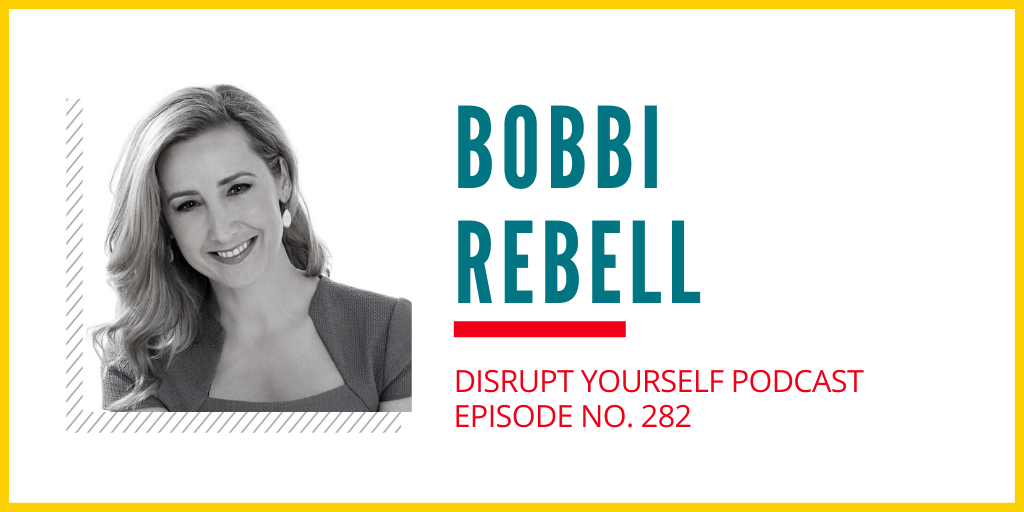 In this episode, she unpacks the complexities of imparting financial literacy to our children and talks about how having an honest dialogue about money, even our own struggles with it, leads to far better outcomes than avoiding the topic or pretending everything is perfect.

Here's to living your life out loud!