The Inspiration of Youth

When I interviewed Michelle McKenna, CIO of the NFL, on the podcast a few months ago, one of my questions was, “Who inspires you?”

Her answer was both interesting and instructive. She said she used to be inspired by people older than she was, but increasingly, she finds herself inspired by people who are younger. In part, it’s because her two children are coming of age, entering adulthood, but it’s also because recent innovations at work have been prompted by younger members of her team–including people on the launch point of the S Curve of Learning™ in their career.

I was a little surprised; if I'm completely honest, I was thinking, how could that be?

I had a close relative of a reaction when a colleague suggested I interview Pim de Morree, co-founder of Corporate Rebels and coauthor with Joost Minnaar of the book by the same name. The basics of his backstory are that he and Mr. Minnaar quit their jobs in their late twenties and launched a global search for the most inspiring places to work. Somehow, they knew there was a better way to work than what they had experienced thus far in the corporate world.

Again, “They are so young, what could they know?”

When I talk to organizations about the learning curve, the conversation includes the importance of paying special attention to people on the launch point, the fresh eyes and fresh ideas of the novice. In theory it’s a grand idea, and one that I believe in. One of the best ways to support someone new, who’s just figuring things out, is to value their inexperience and the questions they ask: “Why do we do X like this? Maybe this other way would be better.” This approach to understanding helps them and when we pay attention, it can help us.

It’s much easier to talk the talk than to walk the walk.

There can be an easy tendency to revert to a ‘get back to work' mentality. After all, we’re busy, things are working well enough, and we didn’t bring in the newbie to tell us how we should be running our business. Or, this reaction might spring from the even more insidious, ‘who do you think you are?' because, down deep, the newbie makes us feel threatened.

I’ve previously espoused an idea shared by Gretchen Rubin, which is that it is easier to be a critic than an advocate. We think that critics are smarter than we are, more discriminating and discerning. But — to give a compliment, to advocate for and/or adopt ideas that are not our own, that possibly even contradict our thinking, takes a lot of humility and courage. This can be especially true when dealing with those whom we once fed and bathed and diapered. But part of growing up is to be willing to allow for the once babes in arms to contribute as they mature in ways we didn’t foresee.

My podcast episode with millennial expert Lee Caraher produced this wisdom that has stayed with me throughout the years. She said, “A business or an organization without a millennial is a business or an organization without a future.” Disdaining our younger colleagues only delays the inevitable: the future belongs to them. Giving them their due today opens the door to innovation, to growth rather than stagnation, and to the impact that results from embracing good ideas regardless of where they emerge in our organization. 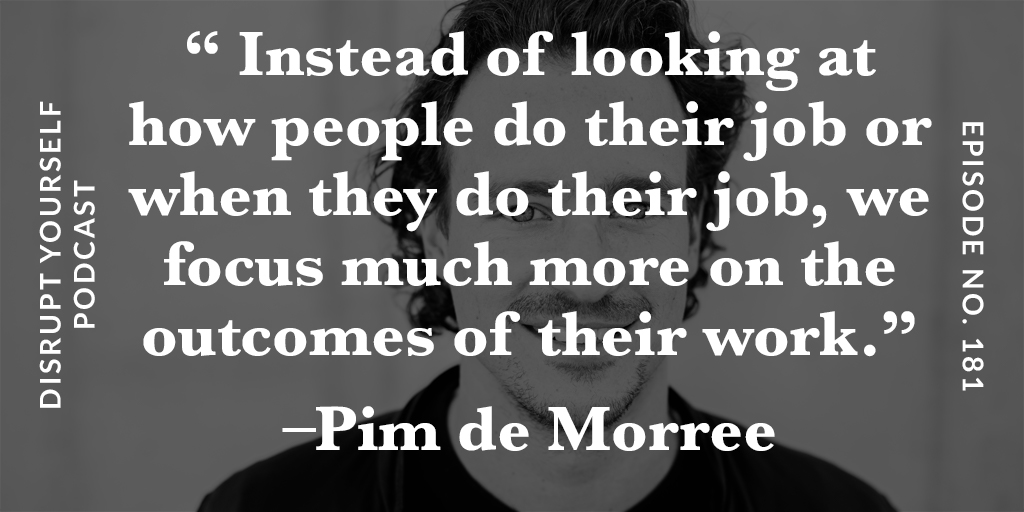 As always, thank you for being here! And yes, our podcast guest this week is the aforementioned author and innovator, Pim de Morree.