I wanted to become a runner, but I didn't think of myself as a runner. That wasn't my identity. But I believed that if I was willing to change my behavior, I could change my identity. After interviewing James for our podcast, I decided to try an experiment.
​
He says if you want to become a reader, you don't set a goal to read 50 books a year; you set a goal to read one page a day. If you want to become a yogi, you don't decide to do it four days a week; you start by getting out your mat.

If I wanted to become a runner, I shouldn’t set a goal to run a marathon, or even five miles. I should start small, running five minutes a day, in run/walk intervals. 30 seconds / run followed by 30 seconds / walk. Back to running. And so on…
​
That was easy enough to be doable, even at the very beginning. I could do that pretty much no matter what, without my current identity rising up in rebellion against the future identity I desired.
​
So I started with five minutes and then just gradually increased my time, in very small increments. 5 seconds per day, 10 seconds per day. It seems silly, but what was happening is that in addition to my body adjusting to the increased exertion, even more importantly, my head was also making the gradual shift from “I want to run” to “I am a runner.” 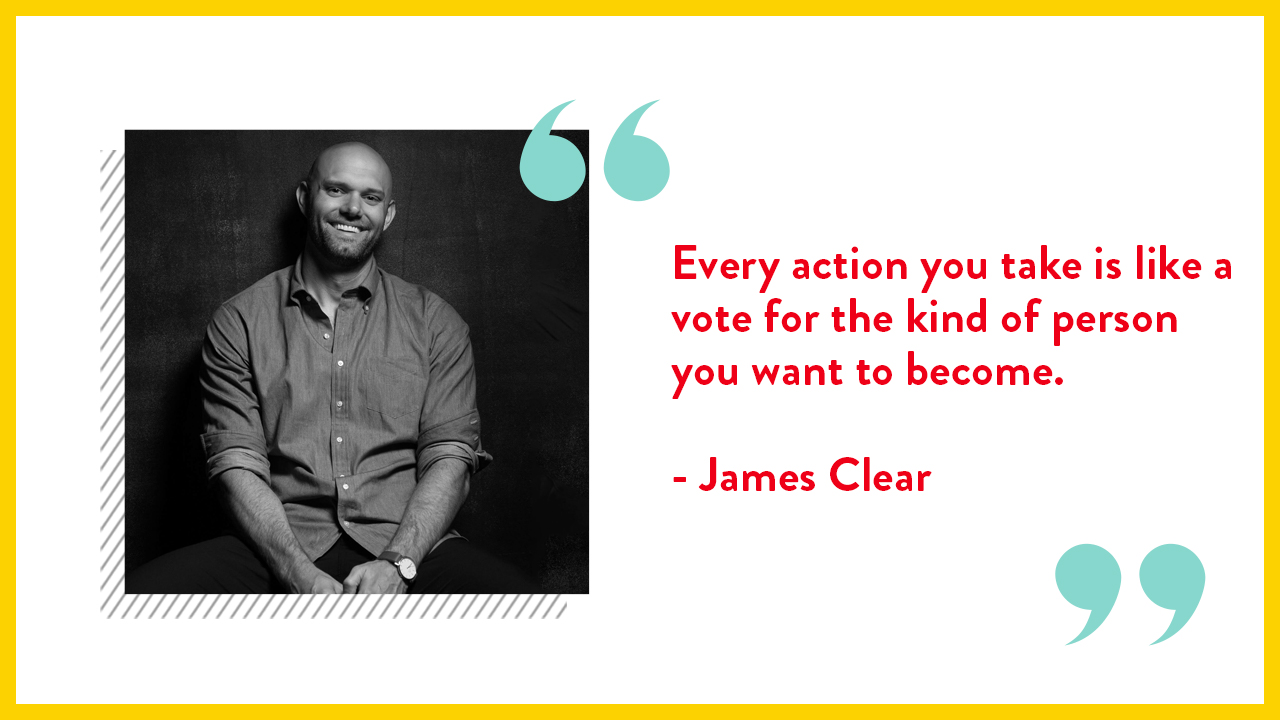 I cast a vote by my behavior for who I wanted to become, and that future me began to emerge. It didn't happen immediately, identity change never does. Often, there would be 2-3 days at a time, sometimes more, when I was on the road and couldn't stick to the program.

But gradual change can become sudden change finally, in a mind shift, and that’s what happened for me. One morning, I woke up to do my workout and realized that I now think of myself as a runner. It’s not something I have to force myself to do; I just do it.

Two days a week I get on the treadmill, and I train (run / walk) my way to 3.2 miles, the equivalent of a 5k. Could I have done 3.2 miles at my current pace 2 ½ years ago? Maybe the distance but probably not at this pace.

It wouldn't have been sustainable… it wasn't my identity and it would have required too much effort to force myself to do this much consistently, over a long period of time.

Which is why we are doing an encore episode with James Clear.
​
Right now, when we are for the most part, confined to our homes, this is the PERFECT time to read one page, pull out your mat, put on your tennis shoes. The perfect time to start a new habit.
​
What's something you’d like to do? A habit you’d like to develop? What's something you can do tomorrow, or today, that is so ridiculously small your subconscious mind won't override you?
​
​We usually say, Learn. Leap. Repeat. But maybe in this instance we should flip it. Repeat. Learn. Leap.

Said James, “Repetition is a form of change.”
​
As always, thank you for being here.
​
My best,
Whitney