“The genius of communication is the ability to be both totally honest and totally kind at the same time.” – John Powell

Recently, a professional colleague asked me to write an endorsement for his new book.

I was happy to do it. I admire his work, and like him as a person.

But as I read the book, I realized that the quality of the content notwithstanding, under-represented groups were underrepresented, in the stories and citations and even sources.

I agonized over this problem, wrestled with it. I consulted with my truth tellers, seeking their perspectives on it. My choices were these:

Option A: Say nothing and write the endorsement.

Who would really connect the dots and know that I hadn't been authentic, that I hadn’t adhered to my value system? Well, I would. The fallout was unlikely to be public, but I wouldn't respect myself for taking that route. I would probably end up blaming my self-recrimination on my associate in a classic case of self-deception and self-justification. Ultimately, all of that toxic submerged ill will would lead to a deterioration of our professional relationship.

Option B: Say something shaming that would convey the message “You are bad. I'm good.”

Option C: Say something, irrespective of the endorsement.

Which option I chose was dependent on the value I place on the relationship. Having realized this, I chose option C. I read the book and I shared with him several things that I especially liked (remember the Losada Line—the productive ratio is one negative comment for every four or five positive comments). Then I wrote,

“Something that I hope isn't too late to address with your editors is that it appears underrepresented groups were underrepresented…I thought about not saying anything, but because I care about you, and what you've written can make a difference, I want you to have as wide a readership as possible.”

Then I waited, wondering what the impact of my feedback would be on the relationship. There was a risk no matter which option I chose, whether avoidance, or blaming, or allowing myself to be honest—and therefore vulnerable.

But as Harry Kraemer, former CEO of Baxter Healthcare, likes to ask, “Did I do the right thing? And did I do my best?”
​
Using that as a litmus test, I had. I had done the right thing for me–but also, I believe, for my colleague.

The story has a happy ending.

When he received my email, his response was “My sincerest thanks. I had started to write about bias, but then cut that chapter to streamline the narrative. And now, without knowing it, here I was––biased.”

But he didn’t stop there––he immediately went into action.

Not only did my esteem for him soar––we all want to work with people who receive, then act on feedback. But for the purposes of the conversation you and I are having right now–––my giving the feedback, and giving it truthfully, not only didn’t hurt the relationship, it improved it.

When have you walked bravely into a seeming impasse only to discover that because you showed up, your sense of collegiality increased, the relationship strengthened?

​
Our podcast guest this week is serial entrepreneur Ryan Westwood, CEO of Simplus, owned by Infosys. One idea I will highlight here is this: When we think we have communicated something, we haven't. He communicates his ideas at least 6-7 times, in different ways. If people we work with aren't doing what we wish they would, or people we want to sell to aren't buying, maybe it's because we haven't been totally honest (or clear) and kind. I loved learning from him and I think you will too. 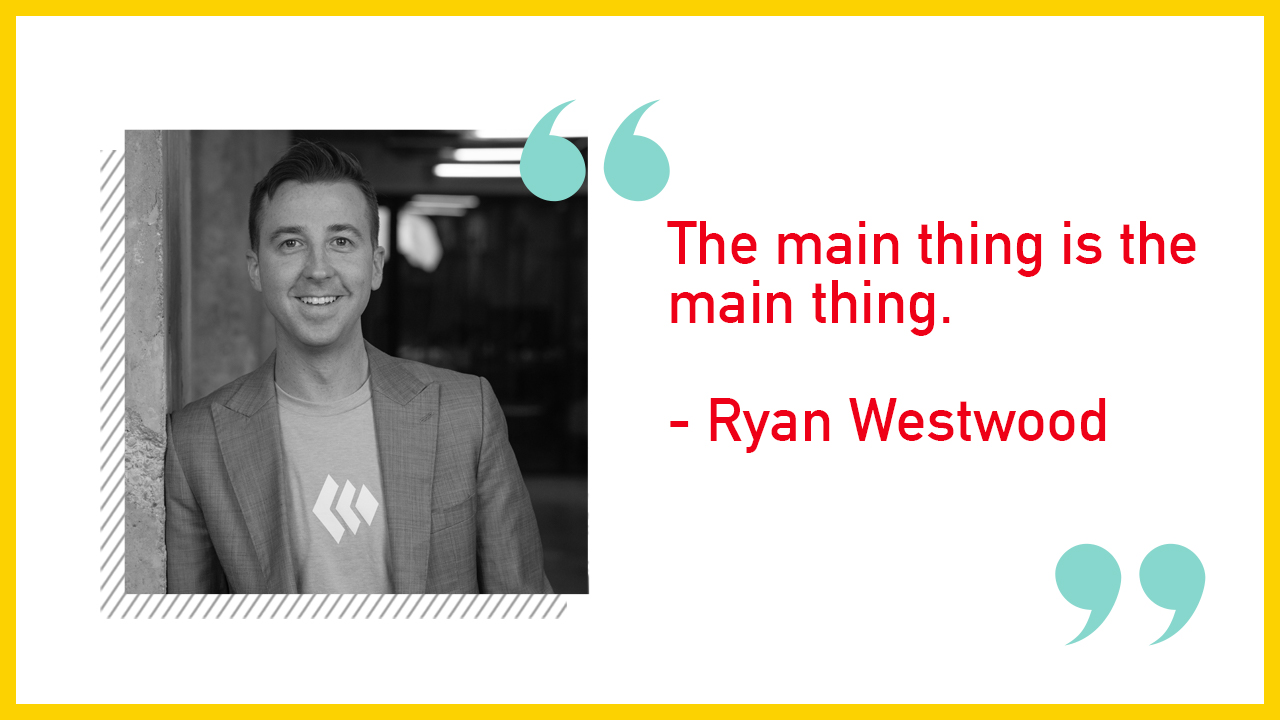 As always, thanks for being here!​