I've never done this before.

I don't know how to do that.

I don't know how many times a week I say something like this, but it's more than I like.

There are certainly some things that are appropriate, even desirable, to delegate. But there are also some things that would be better if I didn't delegate them, if I instead, did them myself.

Not just because they are rightly my responsibility, but because I need to know how to do them. And equally important, I need to–you need to–we all need to–develop the muscle of learning how to do new things. We all need to know how to navigate being on the launch point of new S Curves. But the more established we become in life, which usually, but not always, equates with age, the more easily we can avoid trying new things.

That's why I was so taken by this story from Sandy Stelling, our podcast guest this week. Sandy is the Vice President of Strategy, Analytics and Transformation at Alaska Airlines. She wanted to be an astronaut growing up, but when poor eyesight thwarted her dreams, she pivoted to Engineering. Fortunately, Sandy had some great high school teachers. Math teachers, physics teachers—who steered Sandy toward STEM, a generation before the emphasis on getting young women more interested in STEM. 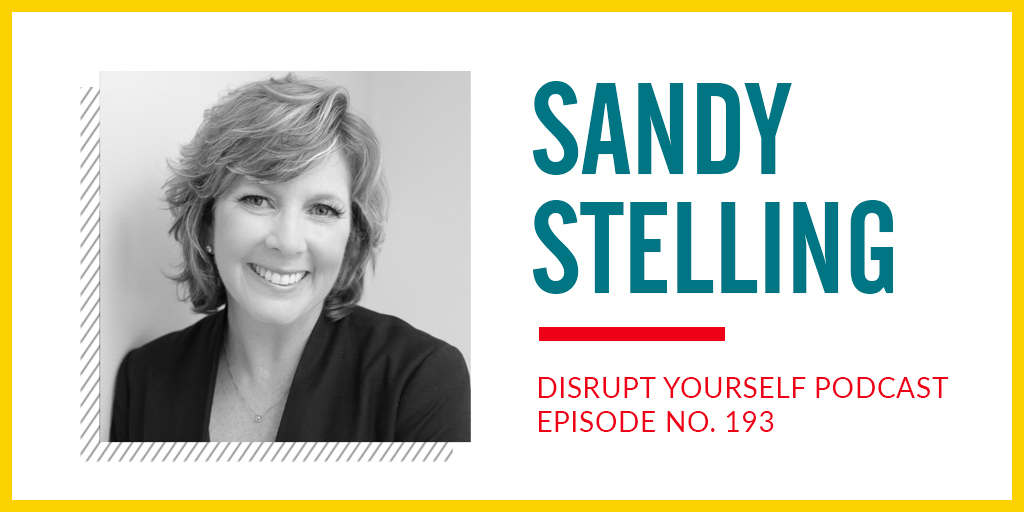 In frustration, she went to her department advisor, Professor Wei, and complained that she wasn’t getting the answers right. She didn’t understand why it was so difficult; she’d always been able to reach the correct answers before. And in what can only be described as pure epiphany fashion, Dr. Wei revealed the actual objective of the university exercise. He said, your purpose here isn’t “to get the right answer…you’re here to learn how to learn.”In high school, Sandy excelled. Being a good student became part of her identity. Then came college at Lehigh University. She was studying mechanical engineering and she was struggling, as a lot of students accustomed to early success do when they hit the university level.

Getting the right answers is useful for tests but knowing how to learn is useful for life. It aids us in all the situations we face, personal and professional. Situations that our education can’t possibly prepare us for. Knowing the facts and producing them on demand only helps in familiar circumstances. When we face the unfamiliar, which is most of the time, knowing how to learn is a skill more valuable than any assemblage of facts we can acquire.

Professor Wei changed how Sandy approached her education, and how she has approached her career since graduating from college. She first went to Boeing for almost a decade, overlapping with Alan Mulally, who was eventually the CEO of Boeing Commercial Airplanes and then of Ford. Mulally devised a set of “working together principles” to strengthen the teams he led—one of these principles is, “I can figure it out. I can find a way.”

From Boeing, Sandy went to Alaska Airlines where she remains today, having moved into a number of different roles, some of them counterintuitive and having little, if any connection with things she had done before. As she described her career trajectory to me in the podcast interview, Sandy said (no fewer than nine times), “I’ll figure it out.” This is how she approached seismic role changes and adapted to each new learning curve.

We are at a moment in time where, if you’re like me, we don't quite know what to do or how to do it. We’ve had to do a lot of unfamiliar things in the year that’s almost past, adjusting our lives in ways that before 2020, we would have never considered possible. That’s not instantly going to change as we roll into 2021. In situations like this, our ability to learn is more powerful than anything we know.

When facing the unfamiliar, tell yourself, “I don't know how, but I can figure it out.”

Say it with me.

I can figure it out. I can find a way.