Getting to Yes Through Empathy

Sometimes we have “a moment” while listening or speaking to someone and we feel as though a world of possibilities is opening before us. Somehow, being around them makes us feel that there is more potential, in general and in us, than we ever noticed before. They ignite this enthusiasm, energy, confidence, and hopefulness buried within us. Yes, it may have been there before, smoldering beneath the surface, but needed a spark to bring it to life. Or maybe, the basic fuel hadn’t even been assembled yet—no paper, no kindling, no wood, but by the time the conversation concludes, you feel ready to go, just apply the match and beware of the heat.

Martin Lindstrom is such a person. He’s a world-leading brand strategist and a New York Times bestselling author seven times over. Martin's latest book, The Ministry of Common Sense: How to Eliminate Bureaucratic Red Tape, Bad Excuses, and Corporate BS, will undoubtedly soon make it eight. Lucky us, he’s also our podcast guest this week.

A few minutes into my conversation with Martin, I felt compelled to ask him, “Does anyone ever say ‘No’ to you?” His response, “They probably don’t.”

Is that your experience? That people don’t say ‘No’ to you? Because I’ve got to admit, I don’t recognize it as my own. The path is littered with ‘No’s.’ Sure, some of them were inconsequential, but some were life-altering and dream-constraining.

Martin holds the key to “Yes” and he shares it with us – partly illustrated by a story of Lego building when he was 12. First, he built a bed out of Legos. A functional, full-sized bed that he slept in every night and thousands of hard bumps notwithstanding. Then Martin decided to build a full-sized Lego world in his parents’ back yard garden. It’s not hard to imagine him hitting the wall of “No” with this vision, but his parents supported the effort. So did corporate sponsors (e.g., Sony – yes, that Sony). Martin built a Lego world, and opened it to paying visitors.

Though slow at first, business eventually picked up, including a visit from attorneys for Lego (with cease and desist on their minds).

But as they talked to Martin, they realized that he understood what they did not, Lego's core customer. This lack of comprehension and empathy was negatively affecting the performance of the Lego business. Martin understood how the end user of their product was thinking, what they wanted, and how they felt about changes Lego had made to the product. Soon, barely adolescent, Martin was working for Lego helping the out-of-touch-with-the customer executives, tap into young and imaginative minds.

Martin has been building worlds ever since. He starts with understanding the worlds of others and thinking about their concerns in novel ways.

Empathy is the key.

If we want to get to “Yes,” and successfully invite others into our world, we first need to enter theirs. Understand what and how they think. What S Curve they occupy. The shape of their dreams. Imagine understanding your customers, your family members and others ever more deeply. Martin demonstrates that once we really inhabit another person's world, the more successful we will be when we invite them into ours, and ask them to really see, hear, and understand us. With empathy comes respect, and the opportunity to cooperate and collaborate with others. In his work, Martin says that 85% of transformation isn't in the hardwiring; it's in the software, the people. Possibilities and potential proliferate.

It is not lost on me that my relationship with my family is much improved right now because of the time we spent talking to each other on our recent vacation. Which begs the question, can I, can we, battle our entitlement enough to understand the S Curves of others? And, instead of competing with them, invite them to co-create a new curve with us—with emphasis on the act of creation?

People don't say no to Martin. They want to join in building and creating with him. The power of his invitation to enter his world is that he first enters ours to understand us.

We can be people that don’t get denied by others. Empathy is key. 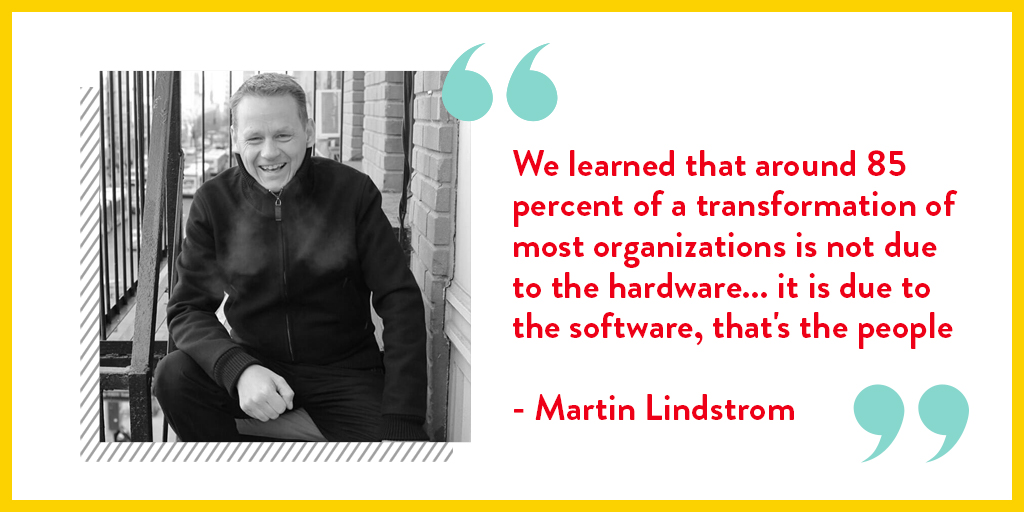 You can listen to my interview with Martin here.

What worlds do you want to create?
​
My best,
Whitney