Paula Froelich is the go-to guru of world travel, especially for women who may want/need to travel solo. The former editor-in-chief of Yahoo Travel and headliner of the travel program A Broad Abroad is also my current guest on the Disrupt Yourself Podcast, and one of the topics we unexpectedly discussed was that of ‘the gap year.’

Paula is in full-blown mid-disruption at the moment; the gig with Yahoo Travel ended last year, and she is still exploring her options for the future. She is working on a new book, and the purpose and value of gap years is a big part of her mental mix. 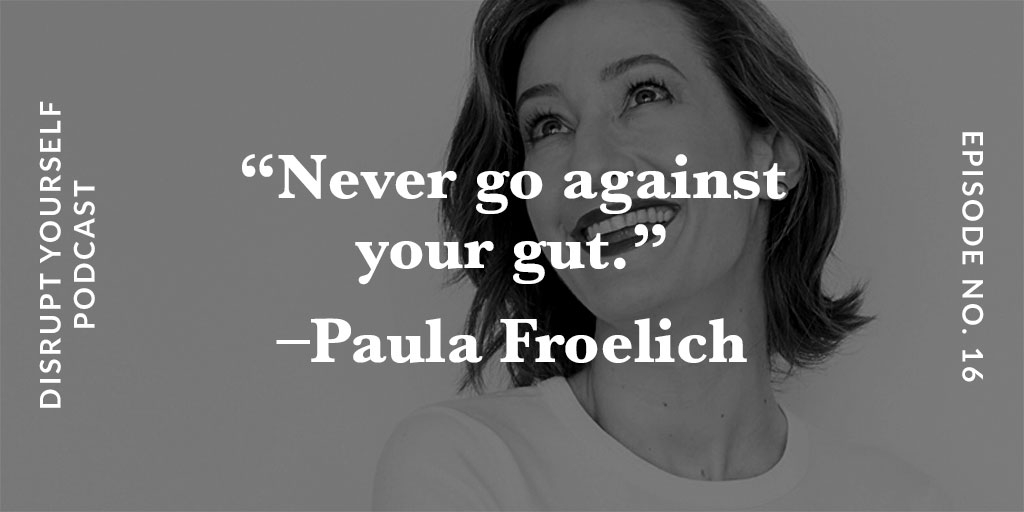 Paula has not only traveled extensively, but also lived abroad, and admires the practice common in Europe and Australia of taking a year between high school (or its equivalent in different cultures) and university. This gap year may be spent in travel, though not necessarily; it is perhaps spent working, or volunteering in a missionary or Peace Corps service sort of way. But preferably sooner rather than later, it is a period of mental refreshment, a year of disruption, that Paula believes we all need:

“You go to high school; you graduate at 17 or 18, then you either go straight to work or you go to college. At 17 or 18, you pick your major—ie the rest of your life—which is ridiculous. I mean, I wouldn’t trust a 17 or 18 year old with the keys to my car much less the rest of their life. And then you go to college and then, maybe, maybe you take a summer off and backpack through Europe. And then you go straight to work. And then you get married and then you have kids. And it’s all this very linear story of, you know, then you work your way up and you go from one job to another to another and you’re in this bigger, better position and then all of the sudden you’re just dead.”

Paula continues, “At no time does anyone take a gap year, like the Brits or Australians have. So I am a huge proponent of a gap year, whether you take it after high school, after college, in your twenties, thirties or forties—people need to take some time.”

But, interestingly, she doesn’t advise a solid year of travel.

“I actually kind of did that once; I went traveling for six months and what I found was that after four months I was bored witless. I was ready to do something; I was ready to be good at something again. Um, so I used that lesson….I would go for three weeks at a time; I would go for four weeks at a time…It allows you to be somewhat immersed but also know you aren’t there indefinitely so you are more active and paying more attention and you do have a list of things you want to do and complete.”

Travel is a type of disruption all its own. Pick up a few tips from Paula here…

Show Notes/Resources Mentioned in the Show and Transcript:

Mercury in Retrograde by Paula Froelich

So – What’s Life REALLY Like for Women in the Middle East?