My guest today is Philip Sheppard, composer, cellist, inventor, and a professor at the Royal Academy of Music in London.

How do I unpack everything from this episode? Philip is an engaging conversationalist, and coupled with his British accent (let’s face it, in America that carries a lot of weight) I feel like we could have easily expanded this episode to twice the length of the final cut. Philip has led what I consider a dynamic and interesting life, peppered with stories of dinner parties with royalty and recording music in the famous Abbey Road Studio One with microphones used by the Beatles.

Early on in our conversation Philip revealed that he has already accomplished everything on his “bucket list,” forcing him to create a new one—and when your bucket list involves working on a Star Wars movie or composing for Cirque de Soleil, that’s really saying something.

Will I write music if someone doesn’t pay me? Hell yes, I will. Will I run a business that’s going to change the world if I don’t make money from it? Hell yes I will. Because…I think the definition of passion is, “would you do it if you had no vested interest, economically, in it, would you still do it?” 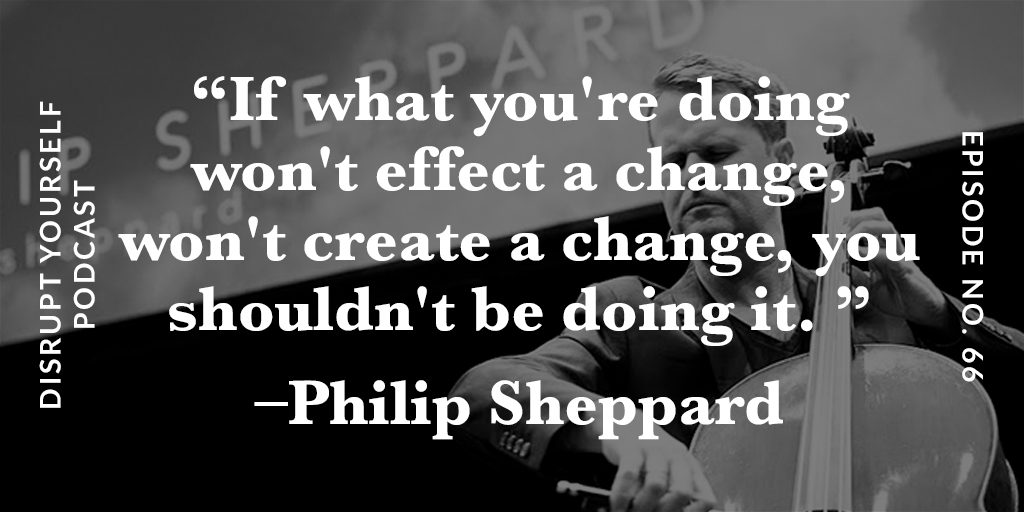 Phillip doesn’t have a “real job,” but he nevertheless is able to make the best of situations and do what needs to be done to be successful. Like many of us, he suffers from imposter syndrome, but instead of allowing that to prevent him from moving forward he leans in and learns whatever he needs to in order to accomplish the impossible.

“I think that…if I’ve had any achievements in my life they’ve all come from me…being the imposter and actually having to learn how to do things that I cannot possibly do, but under the pressure of glorious failure.”

Before we begin, a little confession: the sound quality on this episode isn’t great, because I ended up recording it on my cell phone. I’ll explain why at the end of the episode, but just know that after realizing this interview would not go as planned I decided to embrace the potential for failure and record it anyway. Boy, am I glad I did! I hope you’ll be glad, too.

Download the episode on iTunes, Google Play or listen in the player below. If you like what you hear please leave a review.