Earlier this year, Erin Newkirk, founder of RedStamp, asked if I would be interviewed for Jenn Aubert's book project.  When Erin asks I say yes.  So we spoke.  Below is Jenn's story.  You'll be happy to know I detected absolutely no fear as we spoke — by phone.  Oh, the wonderful things that happen when we dare.  Enjoy!

I have an irrational fear of talking on the phone.

But last year I felt compelled to launch a project that involved me interviewing over a hundred successful female entrepreneurs from around the world. I wanted to learn what motivated them and find out if they had role models and mentors who inspired them. The project seemed straightforward enough, but for someone who has an irrational fear of talking on the phone – especially to strangers – the idea of calling all these women pushed me wildly outside my comfort zone. Nonetheless, I started the project by picking up the phone.

With each call I felt more and more inspired and increasingly less freaked out while dialing the phone. The calls were energizing and enlightening. There were tears as women shared their stories and struggles.  There were often laughs at how ridiculous the journey of entrepreneurship can be. Most women had lovely examples of both women and men who inspired them and the reasons behind their admiration.  Political figures, a variety of people in business, and their own parents were often mentioned.

These women warmed my heart and energized me in the knowing that anything was possible.  With each call, I noticed that I was becoming less nervous, and by the fiftieth call, I found myself feeling strangely at ease

One afternoon in the middle of one of my interviews, my interview subject asked, “Jenn, who is your role model? 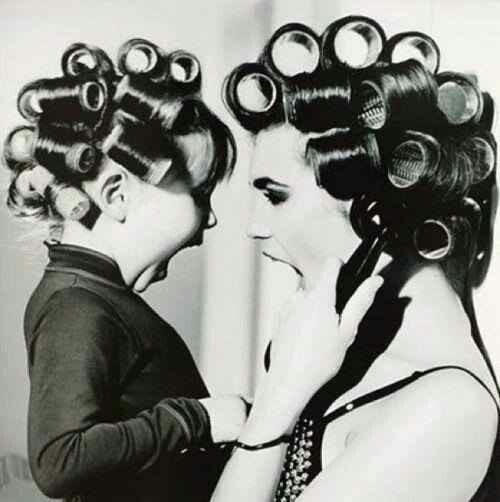 I clearly wasn't expecting that question and then quickly realized I hadn't stopped at any point before or during my project to give it consideration.  Why hadn't I previously thought about it?  Why didn't I ask myself this simple question that I was asking hundreds of people about?

I sat with this question and then probed deeper as to why I started this project to begin with.  Why was I so fascinated by the topic of role models, and why was I making such a strong case for the need for more female role models for entrepreneurial women?  It had become a drive, a blind passion, with no seemingly obvious origin. Why this topic? Why now?  Why this crazy passion?

With these questions left swirling in my mind, I left for the airport to visit my little sister who was having her wedding shower.  Although we are very different people with our share of ups and downs, we also shared the deep and profound loss of our mother when we were both in our 20’s. When I arrived at my sister’s new home, pictures of my mom were tucked into several corners and on the occasional wall. There was my mom, with her smiling, loving face, greeting me and welcoming my sister to her new life with her fiancé

As I slowly walked around to view all the pictures, I felt like I was being gingerly, yet clearly, nudged in the chest.  It was a quiet voice that answered my unanswered question. “But of course, Jenn, you are doing this project because of the impact that your mother has profoundly had on you. Her spirit of ‘no regrets', her fight to the end, and her love for her daughters. She also told you anything was possible and gave you every opportunity within her means to explore the world around you.  She raised you to be your absolute unique, best self and you want to pass that on to others.”

Why we do what we do isn't always clear when we start something new, but when we're in it and begin to see the impact it has on us and others, the greater purpose  – the bigger WHY – usually shines brightly through.

I’m at the end of this project and the book is nearly finished. As I reflect on the year that has undoubtedly changed me in subtle yet profound ways, I’m grateful that I traveled this path. Every woman I spoke to is a living role model that has so much to share with other women. I feel blessed to have had the brief chance to listen to their stories and glean wisdom from them.  My why has become crystal clear as I move in a different direction and launch an entirely new business (of course, geared towards empowering and educating women entrepreneurs).  I’m also excited to share my experience with the latest person to join our family. I will be having a baby girl around the same time my book will be released. What a gift to know that my work will not only impact other women but my very own daughter as well.

What have you started only to discover your why much later?

Jenn Aubert is a writer, acupuncturist, mom and wife living in the San Francisco Bay Area. Her year-long Role Models Wanted Project has been made into a book to be released in 2014 called Women Entrepreneur Revolution.  She can be reached at www.jennaubert.com and www.rolemodelswanted.com.