74. Shachar Orren: Leaping at a Chance

For most graduates, a steady job is a dream come true (bonus points if it comes with good pay). When Shachar Orren completed her two-year mandatory service in the Israeli army, her parents thought she had achieved that dream: she was offered a full-time job working in military intelligence, with steady work, excellent compensation, and a healthy dose of prestige.

She would be crazy to leave…right?

But when a job popped up at her favorite magazine, Shachar leapt at the chance to become what she had wanted to be since she was a little girl—a writer. Despite conventional wisdom saying that she would be better off staying in military intelligence, Shachar knew that the best road to happiness was the one right in front of her.

I knew that no matter what I get to do in this place, surrounded by these people that I admired so much, I'm going to be happy…I remember myself thinking, “What are you doing?” But I was 20 years old, so it was easy to disrupt and make a change at the time…but I knew that I had made the right choice and I obviously still feel like that today.

What started as a leap of faith led to nine years of working in print journalism, with Shachar writing everything from food and TV reviews to featured articles and interviews. She loved her job, especially the creativity involved, and she ultimately found herself working for one of the biggest media groups in Israel. However, nine years in, Shachar felt the pull to once again take a risk no one expected: moving to a small, five-person start-up that was only expected to last six months.

In ways it could have felt to me like a step backward, because in my magazine job I was at a senior position…and for a moment it’s hard to lose all that. But it wasn’t that hard because I knew, something in me knew, that I had to do that in order to start fresh…it could have felt like a step back, but it really felt like I was stepping into an unknown and an exciting future. 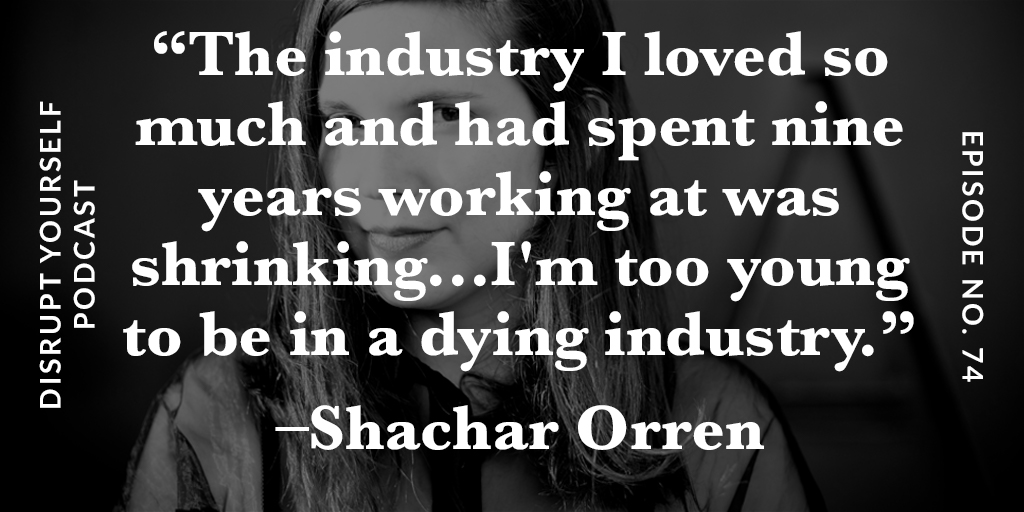 Shachar joined the team at Playbuzz, a digital storytelling platform for the creation of interactive content, which has grown from that five-person company to one that employs over 150 people.

Join us as Shachar and I discuss journalism, interactive media, and the power of stepping back to find the job you really want. Download the interview on iTunes, or listen on the player below.