Amy Jo Schenewark worked in law enforcement for ten years, specializing in training and development, communications and “stings.” Having fulfilled her husband's dream of having of six boys, she dreams of having chickens and bees, big gardens and decadent desserts, and wearing pink dresses.

Earlier this summer, Amy packed up her six boys, and moved to New Hampshire for two months so that she could care for her younger sister Becky and her family, while Becky was bedridden due to a difficult pregnancy and subsequent surgery.

I remember listening to NPR one evening while Bob Woodruff's wiferecounted some of her experiences in taking care of her traumatic brain-injured husband.  He was injured in Iraq while reporting for ABC news. I thought, “Wow. I'm glad I'm not there. I don't know how people do it,” people meaning caregivers. I expected one day I'd be taking care of my aging parents, they're just not there yet. I remember my mother taking care of her father. It began from weekly checks on him at his house, to moving him to her house, and then a care facility. I know she gave him all her spare time, thoughts and energy.

When Bob's wife, Lee, took phone calls from caregivers, I could sense their immediate connection.  They were instant friends because they both understood the burden they carry.  The unrelenting, never ending, sometimes frustrating, often draining and physically exhaustive service to a family member.

When I became a necessary caregiver this summer, I remembered those thoughts, but tucked them away in a safe place because I knew they could overwhelm me. 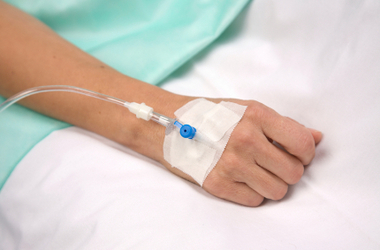 I labored for my sister, for her children, for my children, her handicapped child, and for my long distance husband.  I cooked and cleaned, as usual, it was just for more people.  I gardened.  I gathered medicines and supplies, learned about machines and equipment, signed for and unpacked medical supply deliveries, made mistakes, learned how to stay ahead of the curve.  I suctioned, hooked up G-tubes, put in a catheter, mixed feeding bags, drew prescriptions.

One day I was in the grocery store, waiting for my items to be scanned, when one item set off a beep that was like an alarm at home.  It scared me because I thought Ben was having oxygen issues. Or Becky's IV bag was empty.  Until I remembered where I was.

These two months have seemed liked a lifetime.  I forget what my house looks like, who my friends are, what my husband smells like.  And I wonder:
How do caregivers keep going? Who supports them when they want or need a break? How do they deal with emotional drains? How do they fulfill their own dreams? How long should they put their dreams on the backburner? Or are they too tired to have dreams?

Caring for Becky and her family was fulfilling not only because I care deeply about Becky, but also because I was succeeding at something I never dreamed capable of doing.  But it was never ending, and I had no down time.  And I didn't even have to do nights.  I also knew this was temporary;  two months of my time.  It brought a new perspective to a caregiver's life.

***
I have spoken frequently of the journey of feminine psychological development, one in which we learn to say ‘no', the word of protection, in addition to ‘yes', the word of connection.

In reading Amy's post, I realized that in encouraging women to dream, there is an a priori assumption (one that is well-founded based on the women I know) that we have already mastered the ‘yes'.  The fact is — some of us do ‘yes' better than others, either because we come by it naturally, because our circumstances have pushed us to practice more, or both.

Amy's essay is a lovely reminder that as we embark on our hero's journey, it is a journey only worth doing so long as the ‘why' — the saying ‘yes' to our loved ones — never ceases to matter.

Lisa Leonard has been making jewelry since high school, but decided to get serious after her first son, David, was born.  In her words, “I wanted to start a small business that would enable me to quit my job and stay home with my boys.  At the time, I had never taken any formal classes or received special training in jewelry making. I just went for it!   I am kind of the ‘jump in and learn as you go' type.  Creating jewelry has not only allowed me to work from home, but has connected me with many amazing women.”

In this post, Lisa responds to the question, “How do you fill the well from which to draw inspiration?”  Her answer came in the form of five tips:

There is so much to know and so many new things to discover.  Take classes; research other artists inside and outside your field.  I took a couple jewelry classes last year at our community college and learned some new techniques, while connecting with seriously creative people.  Many of my team's design ideas started with those classes. My home and workspace have to be tidy (not perfectly organized, but not a complete mess) so that my brain can function.  I try to keep a really good to do list so my brain isn’t working overtime trying to remember things.  Then I am free to notice details, enjoy a moment and be creative.  I love the way the sunlight hits a laundry line and how the clothes smell after being outside.  The beauty of these things sparked my imagination and translated to a design idea. Move away from your project to rest your mind and regain objectivity. Play, laugh, and engage with friends.  Sit on a blanket in a grassy field.  Do the laundry.   For me, working too much leads to less productivity.  Let your mind refresh.  I love to sketch an idea and then let it swirl around in my brain for a while.  I had been cooking up the idea of a laundry line necklace for about a year before I created it.

Don’t overthink an idea or try to perfect it before creating.  There are days I make myself sit down and create something—anything just to get the juices flowing.  Some of my best ideas have been happy mistakes! Stretch your imagination.  Think outside of your box.  Entertain the ‘what if’s?’.  Let yourself dream.  Then plan realistic goals to move in that direction.  I try to push past insecurities.  Failure is not the worst thing that can happen, right?  Seeing the progression of an idea from sketch to reality is so exciting!

For me, inspiration is more than just an idea — It’s an idea that makes my heart tingle with delight.

How do you find your inspiration?

When I'm puzzling through something — and I get stuck — which I invariably do, rather than trying to force it (like pushing a pan into the cupboard when there's no room, and getting more and more frustrated), I'm learning to walk away.  Sometimes naps are helpful, sometimes a walk.  In general, doing something that engages a different part of my brain.  In writing a paper, presentation, blog, for maximum creativity, I'll do a first draft, let my conscious mind leave it for a few days so that my intuition — those wonderful little ants that sort the seeds — can do their work.

As for the jumping in…. this is huge, huge!  for a wannabe recovering perfectionist — which would be me.  We learn as we go, this ‘dare to dream' adventure being a good example.  In the doing I discover.  Research has shown that in over 90% of all successful new businesses, the strategy that the founders had initially decided to pursue was not the strategy that ultimately led to the business's success.

As I looked at Lisa's Laundry Line, and how her inspiration came from an everyday part of her life, I again thought of Laurel Thatcher Ulrich whose approach to history has been described as a “tribute to the silent work of ordinary people”, an approach that aims to “show the interconnection between public events and private experience.”

What inspiration is there to be drawn from the everyday of our lives?

What ideas have made or are making your heart tingle with delight?