I had been hired to do 1-on-1 speed-coaching sessions at the Summit Series at Powder Mountain, and I was confident I could help one person, in particular, to take his career to the next level. Once back in the office, I pinged him: “I would love to coach you. Any interest in exploring?” He responded enthusiastically. Yes! But when I began to talk terms, he demurred. I didn’t realize this would cost money. I thought you were doing this to be nice. I had been so excited. It wasn’t just about money, but I needed to put a value on my expertise.

After this recent exchange, I realized my negotiation skills needed a refresher course. Serendipitously, I had the opportunity to chat with Hannah Riley Bowles, a negotiation expert, who teaches the course Women and Career Negotiations at Harvard’s Kennedy School. Based on our conversation, here’s my updated crib sheet:

Signal that you are transacting. For most people in the corporate world, unless you are in “sales,” it’s a soft sell. The transaction is implicit as you interact with clients, but you may never have to actually ask for their business. When you are in business for yourself, however, you most definitely do — which means you need to give cues that you are talking business rather than engaging in a social nicety.Bowles advises, “One way to signal that you are talking business and not just acting “out of the goodness of your heart,” is to say things like, “This is the kind of advice that I give to my clients. Or, “Call me if you’d like to explore working together.” She also suggests, “Carry business cards and use them.” I didn’t have cards with me at Summit. Next time.

Sit on both sides of the table. To be successful professionally, you need to command respect – and this involves the ability to negotiate effectively. However, negotiating for oneself makes both men and women less likable – but more so for women. While men who are no-nonsense negotiators are respected and rewarded for this skill, women may be labeled as a tough and unlikeable. (The alternative is being a likeable woman who doesn’t get ahead.) So it’s actually a good sign if women are nervous walking into a negotiation: “It means that you are correctly reading the social environment,” says Bowles.

One way to gain respect while lowering the social cost is to follow the model Sheryl Sandberg used when she negotiated her COO role at Facebook: “I said to Mark

[Zuckerberg], ‘You realize you’re hiring me to run our deal teams, so you want me to be good at this.'” Effectively Sandberg told her would-be boss, ‘Don’t hate me because I’m good at negotiating.’ Her follow-up was equally important. “This is the last time I’ll be on the other side of the table.” Bowles dissects her strategy: “Sandberg first explained why negotiating was a legitimate course, and then signaled her concern for organizational relationships.” If you want to negotiate successfully, lay out the logic of what you are proposing within the context of your relationship. Sandberg was effective because she recognized and assuaged the concerns of the other party, and this applies equally for both men and women when negotiating. When it’s not about me, but we, you’re sitting on both sides of the table.

Power up. Overconfident negotiators risk becoming self-centered and oblivious to others’ needs. But underconfident negotiatiors have a different problem: appearing as a supplicant, not a peer. If you’re not yet feeling powerful? Do what Harvard professor Amy Cuddy advises: “Strike a power pose, adopting expansive, non-verbal postures that are strongly associated with power and dominance across the animal kingdom. Think Wonder Woman.” Priming the pump of power allows you to behave as if you expect the deal you are offering will work, which is more likely to result in an optimal agreement for all parties.

Disentangle negotiation from updates. One of the ways you establish your worth is by apprising your counterparts of recent developments. Because reluctant negotiators can be so uncomfortable with touting themselves, even an update can feel self-aggrandizing. The problem is that if you don’t sock away political capital into the bank of your boss’s opinion, you’ll enter a high stakes negotiation at a disadvantage. The question is no longer — how can you be rewarded, but did you achieve? We further disadvantage ourselves if we store up all of our accomplishments until that one big moment, and then, much like children, fling our arms open, saying, “Look what I’ve done! Reward me.” This seems to be especially common with women. And there’s a certain logic to it; women do need to rack up more accomplishments to prove that they are just as qualified as their male peers. However, saving up all those achievements for one big reveal comes across as neediness, not negotiation. Whether you’re inside a corporation or independent, “establish a monthly check-in with your boss or your clients: here’s what we’re doing, where we’re going,” says Bowles. This signals momentum, and people will pay a premium for momentum.Once you’ve already established your worth, you won’t need to toot your horn at the negotiating table.

Excise emotion. When I want something too much, my emotions can take over. Early in her career, Liz O’Donnell, author of Mogul, Mom and Maid, was advised to try this exercise to prevent that from happening: “Point at the conference room table, and say ‘This is a table.’ The statement was neutral and non-controversial. It was almost impossible to attach any feeling to it. After repeating the phrases several times, the coach had her say what she needed to say to her boss, devoid of emotion.” Intense negative or positive feelings can be instrumental in attaining concessions, but in my case, it means I’m the one giving up ground. I have needed a “just the facts, ma’am” approach, as well.

Look to the horizon. “The most important thing as you negotiate is to look at where you want to go,” says Bowles. On some level, I know this, but I haven’t really applied it to my negotiating technique. I’m discovery-driven, I aver. It’s also a little scary to think too far into the future; that requires a long game and the confidence that you actually can navigate to that future. But understanding where you want to end up is critical, because it gives you power to own your career and to be seen as a strong visionary who knows what she wants and how to get it.

Nothing will improve your bottom line, professionally, personally, and emotionally more consistently than being able to effectively negotiate. It’s something you do every single day of your life and involves essential life skills: defining who you are and what you need in your business and personal relationships; learning to give clear signals about what you want (and being able to read those signals from others); understanding the effective use of “no” and “yes”; and knowing how to enrich your life and the lives of those around you. Some of us are good at the “get,” others at the “give,” but a one-sided approach to negotiation leads to fractured and poisoned relationships. Learn to do both and you can begin to build a career (and relationships) that last a lifetime.

HBR | Bullying Beyond the Playground

The term “bully” might conjure images of playground taunting and name calling. But as some of us know, bullying doesn't only happen during our school years. 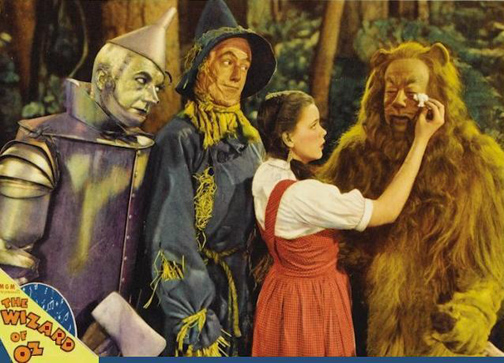 My post today at the Harvard Business Review, focuses on being bullied in business. In addition to discussing what it looks and feels like to be professionally bullied (hint:  see the photo above), I offer suggestions to help extricate yourself from an unprofessional professional relationship.

For more on this topic, see: