“It's just not that easy,” said my husband kindly, but with just a hint of exasperation.  We were watching with our 12 year-old daughter Kurt Warner's The Moment, a new reality show about giving people a second chance to chase their dreams.

Instead of saying yes immediately, she starts hand-wringing.  Taking the job means she'd have to relocate from Alabama to New York — she'd miss her husband, kids and father. 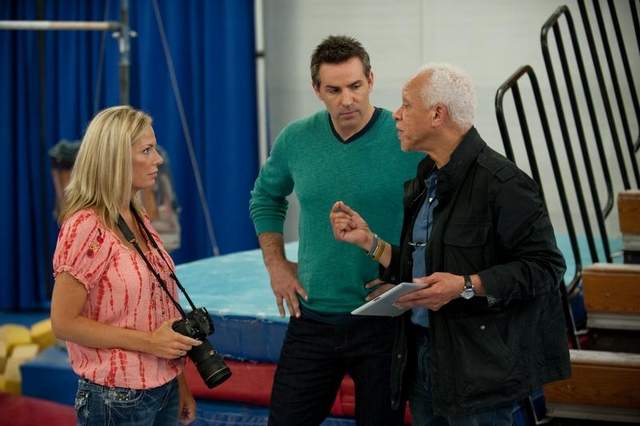 Backseat television watcher that I am, I turned to my husband saying, “Why is she so indecisive? What is taking her so long? Just say yes.”

It was so clear cut to me. Which is when my husband said, “It's not that easy.”

Sensing there was something juicy here, our daughter asked, “What are you talking about?”

Yes, she's old enough we decided, so he told her the story.

A few years ago, my husband got a call to interview at his alma mater BYU.  Because his career dream was colliding with my dream of working on Wall Street — as well as his dream of wanting me to be happy, he said no. Tracie Marcum would have said no too, had her husband not encouraged her otherwise.

When you achieve a dream, you likely have a Michael Oher, a left tackle in our  life, a person who has your back.

But the price can be high — while the quarterback makes headline grabbing passes, left tackles get bruises and contusions.

Within the context of our closest relationships we would ideally alternate between playing quarterback and left tackle.  In friendships, I see that happen.  But in marriages with children, there is so little slack.  Out of pure exhaustion, we tend to opt to be one or the other.  In the short-term (and in the NFL), a division of labor is ideal.  In the long-term, as per my husband's story, and Tracie Marcum's momentous decision…

What do you think?